One-way corridor streets, which often have multiple travel lanes and significant daily throughput, and which connect multiple urban or activity centers, may be prime corridors to implement dedicated transit lanes. These may be trunkline transit routes where multiple bus lines converge and connect.

Transit lanes are typically most efficient on corridors with frequent service, generally more than six vehicles per hour. 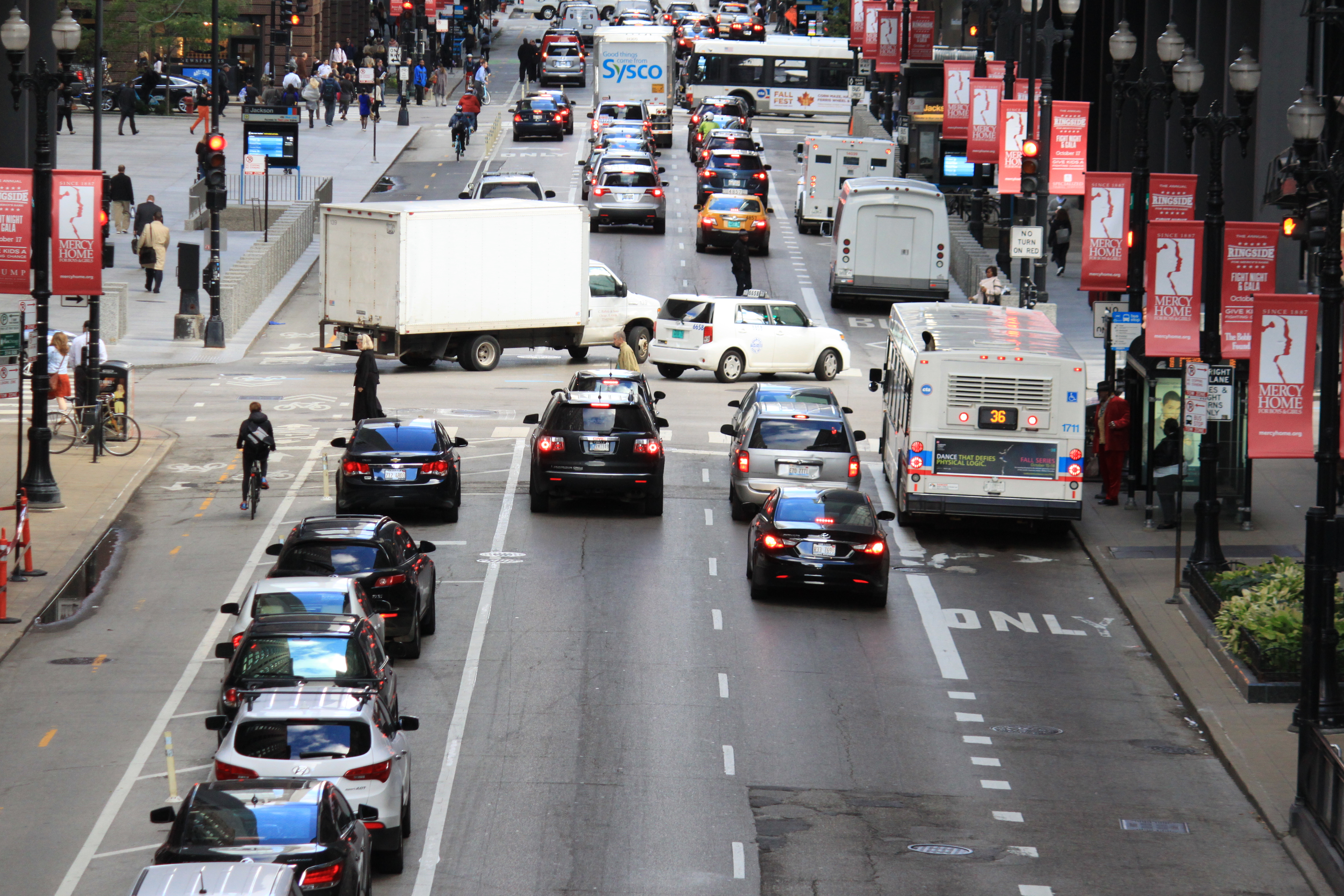 Transit lanes can be enforced only at selected times, using methods such as dynamic signs to inform other road users of lane restrictions (see Peak-Only Bus Lane). 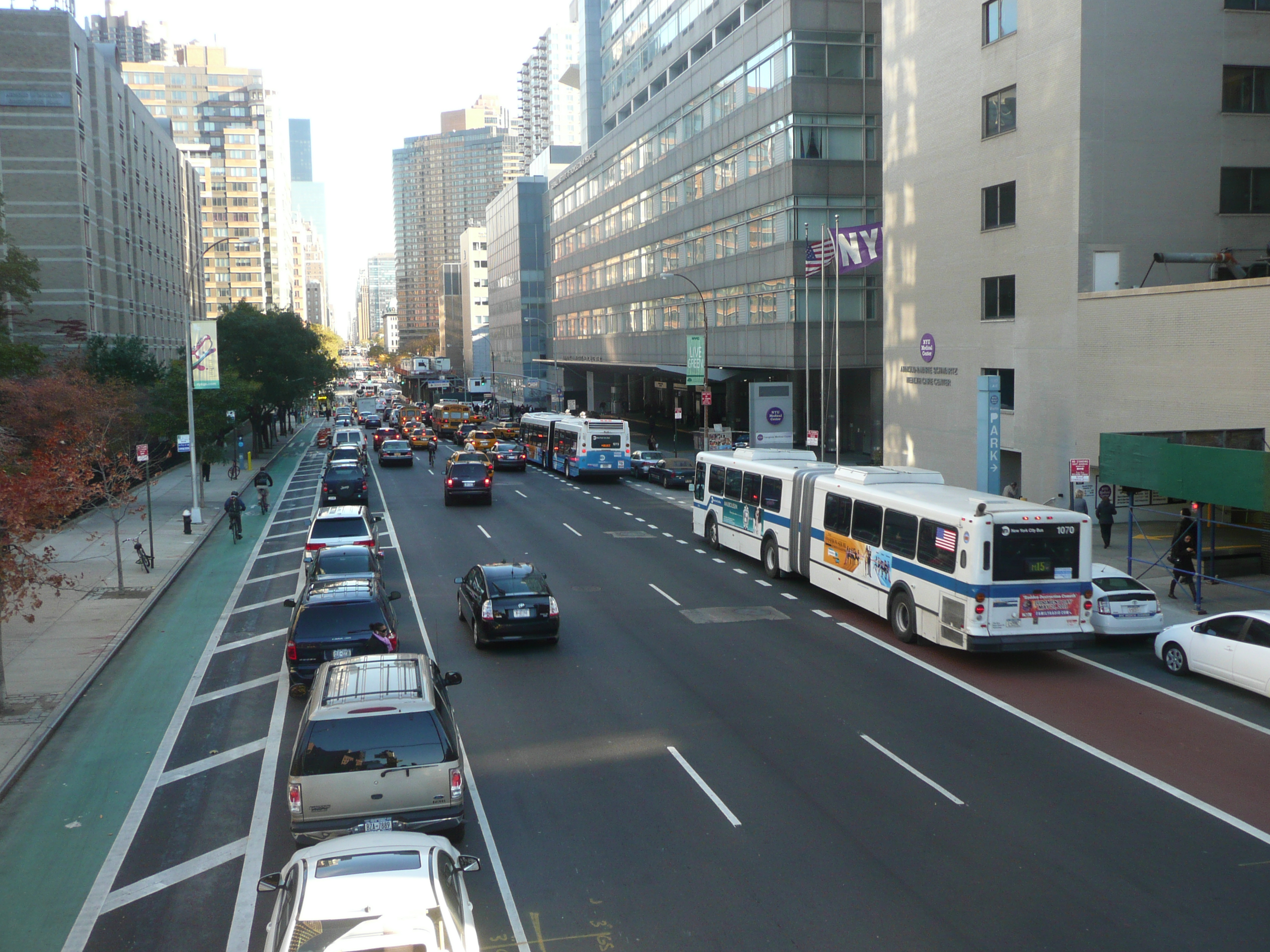 Creating an easy-to-follow wayfinding system to direct passengers to the location of stops in both directions along a route is especially important for routes on one-way couplets.

Freight and taxi/livery vehicle standing may intrude on transit or bicycle lanes. Designate curbside loading zones, potentially with additional width or on the opposite side of the street, to accommodate frequent curbside activities without impacting transit operation.