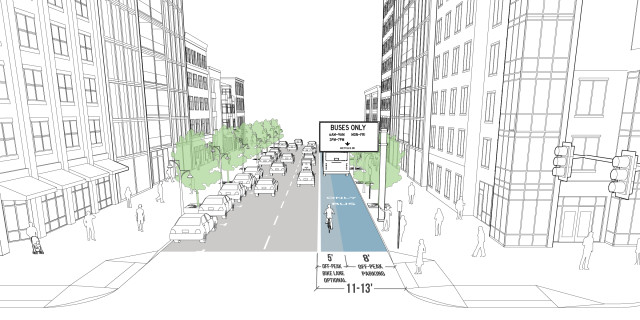 Many streets with a trunkline role in the bus network have high demand at peak commute periods, but a rich array of goods movement and social life at other times. A peak-only bus lane allows transit to take precedence over parking and curbside access at peak hours when it most benefits bus operations.

A peak-only bus lane can operate as a dedicated bus lane at peak travel periods and provide general curbside uses at other times. Wider lanes can enable an effective bicycle lane off-peak adjacent to parking. Peak-only transit lanes may also be exclusive to streetcars or buses at peak times, while permitting mixed traffic at other times. 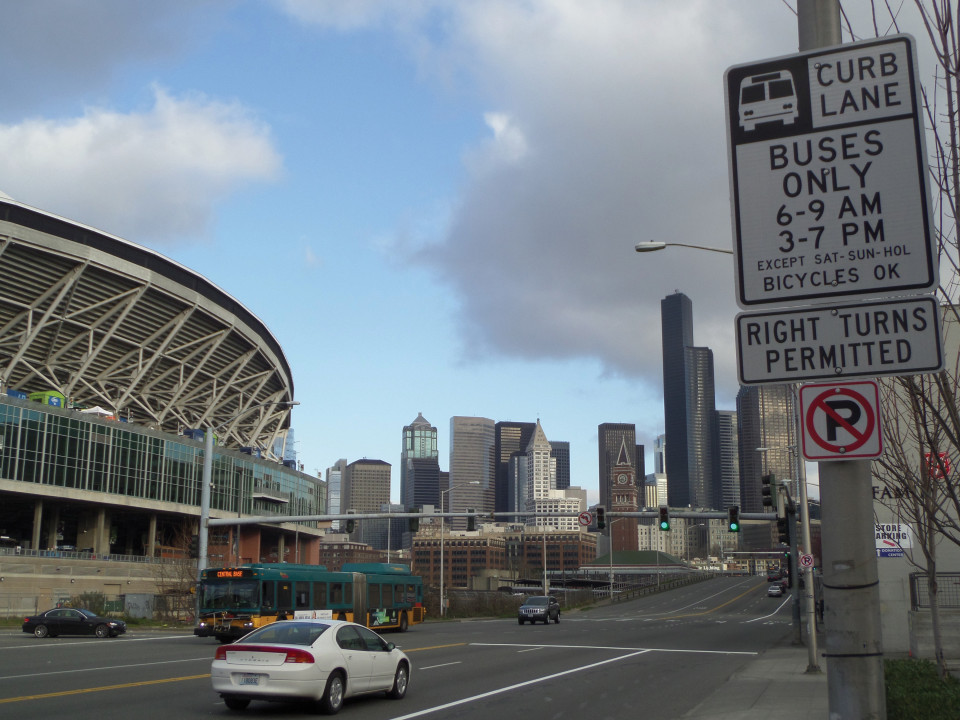 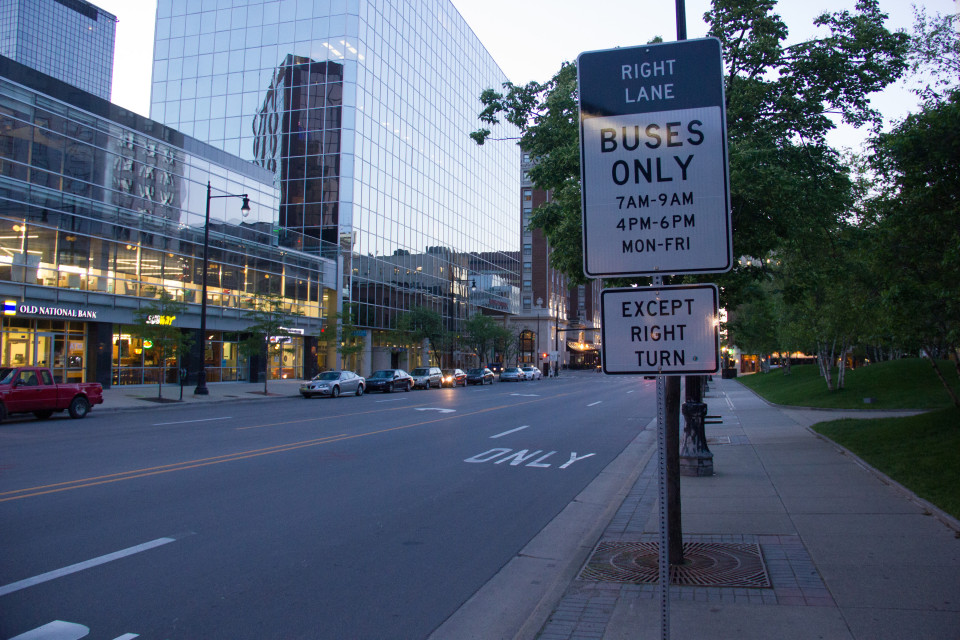 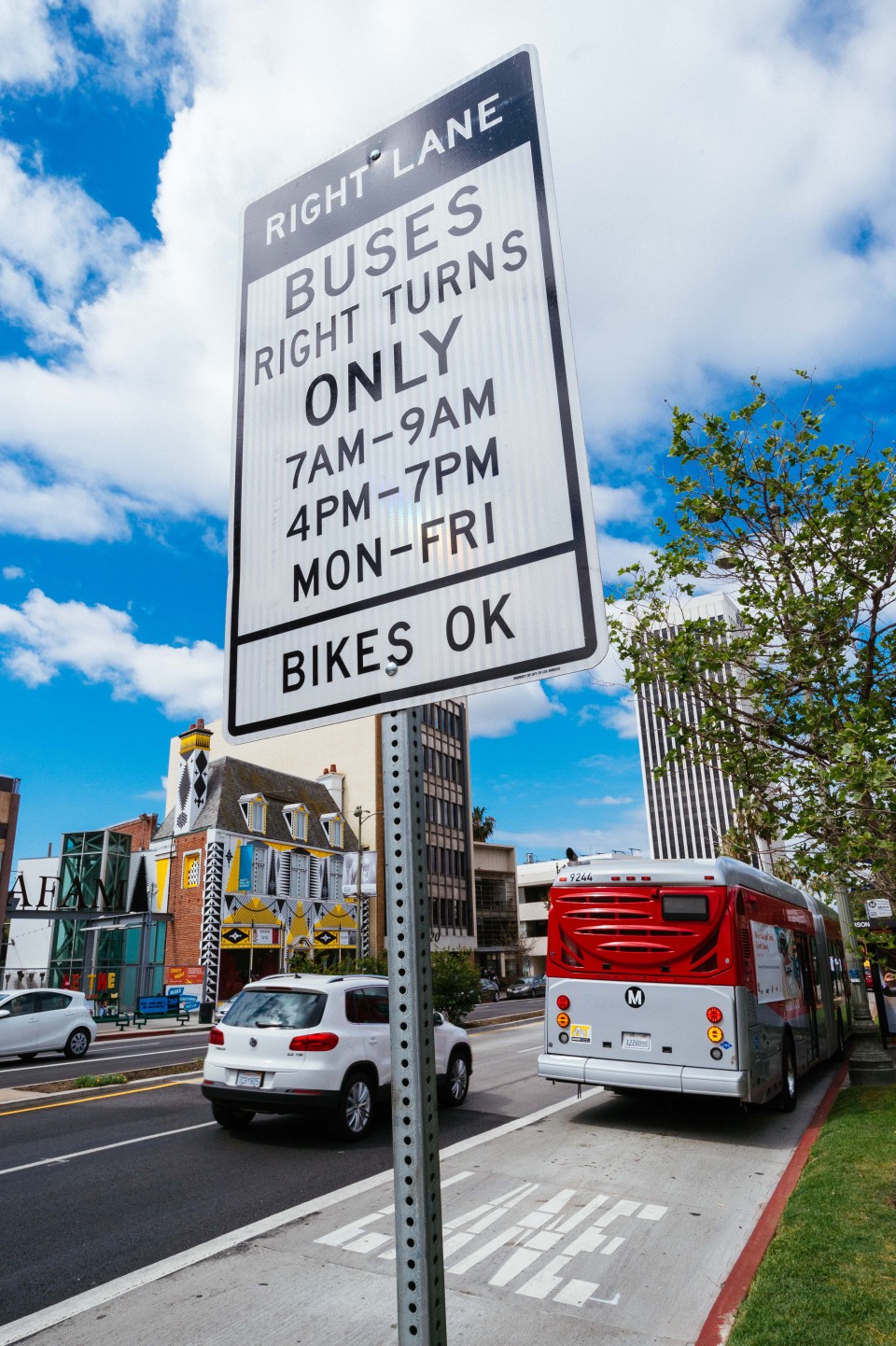 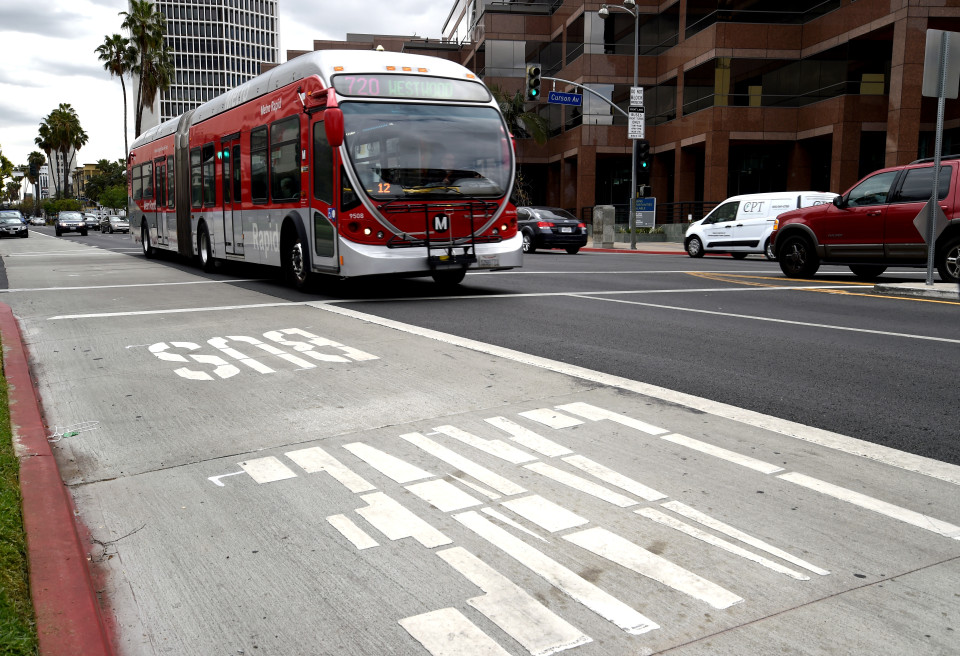 Streets with predictable bus delay due to peak-period motor vehicle traffic, particularly due to queuing.

Streets with curbside loading, vending, high-turnover parking, or other important but physically flexible activities that can be relocated at some times.

Streets where offset lanes are not desired, such as where significant curbside transit stop improvements have been made.

Curbside peak-only lanes are most important on streets with one lane in each direction and parking. On commercial streets with more than one lane and parking, the assignment of a full-time or part-time offset bus lane with in-lane stop infrastructure may provide an advantage for both transit operations and local business and public life activity.

Peak-only lanes are not preferred on streets with narrow sidewalks and no sidewalk furnishing zone, as the absence of parking may place pedestrians uncomfortably close to traffic.

Curbside peak-only bus lanes involve a trade-off between faster peak travel times and slower off-peak bus travel times, with slower pull-out stops during off-peak times. Corridors without heavily peaked traffic volumes may be better off with bus bulbs, which have moderate benefits 24 hours a day, than with peak-hour bus lanes, which have larger benefits for two to six hours per day.

Because bus stops are typically located directly on the adjacent sidewalk, enough room must be available for waiting passengers, stop amenities, and passing pedestrian traffic. 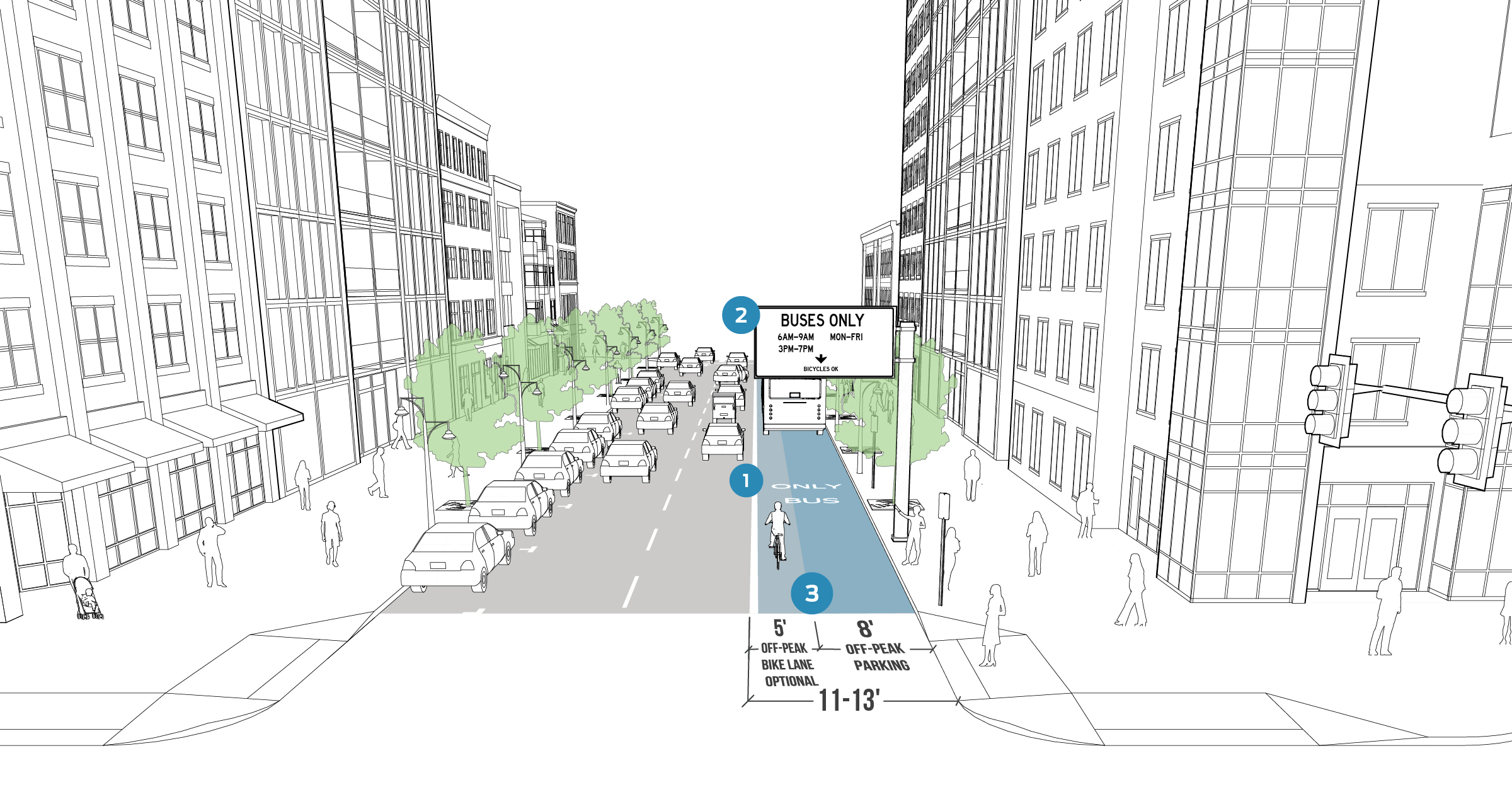 Pavement markings must indicate that the lane is dedicated to transit, including a solid white line and “BUS ONLY” stencil. Skip-lines may be applied where vehicles are permitted to cross, such as at intersections and turn pockets.

Signage must clearly indicate the lane restriction, as well as hours of enforcement and any turn allocations.

If the lane permits parking during non-operational hours, signage should clearly communicate times of parking prohibition (e.g. “No Parking, 7–9 AM”) as well as any other parking regulations (e.g. “30 Minute Parking, 9 AM–4 PM”).

During non-operational hours, the curbside portion of the lane may become a parking lane. A 12- or 13-foot wide lane can accommodate curbside parking with a bike lane during non-peak hours, and operate as a shared bus-bike lane during peak hours. Signage must communicate that bicycling is permitted at all times. Local regulation may need to be modified to permit bicycling in transit lanes.

Bicycle shared lane markings (MUTCD §9C-9) may be placed along the left edge of the bus lane to demarcate the bicycle space, and should be positioned along the roadway as they would be in other shared lanes (see the Urban Bikeway Design Guide for details).

A broken (dashed) line may be marked 7–9 feet from the curb, particularly at bus stops, to create an advisory bike lane designating the right edge of the bike operating space.