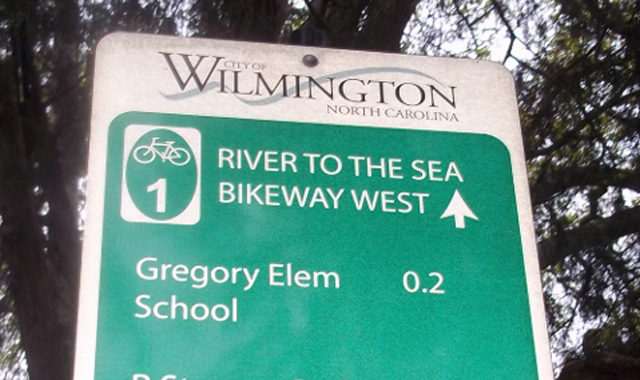 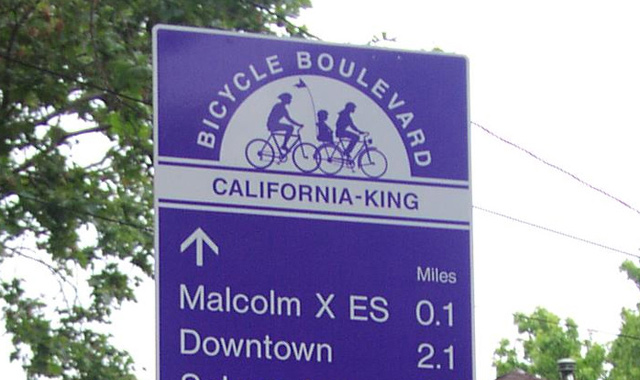 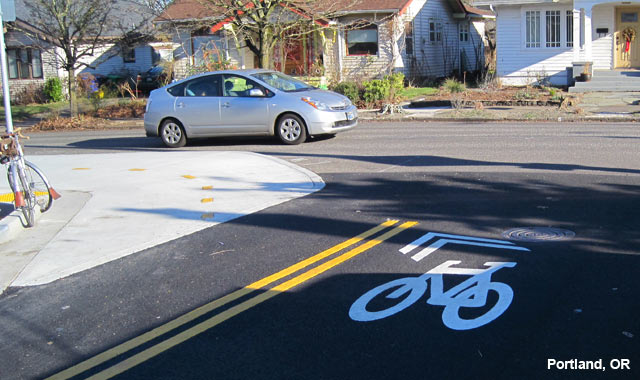 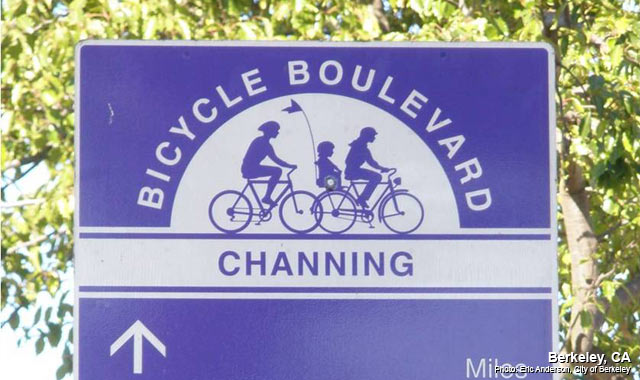 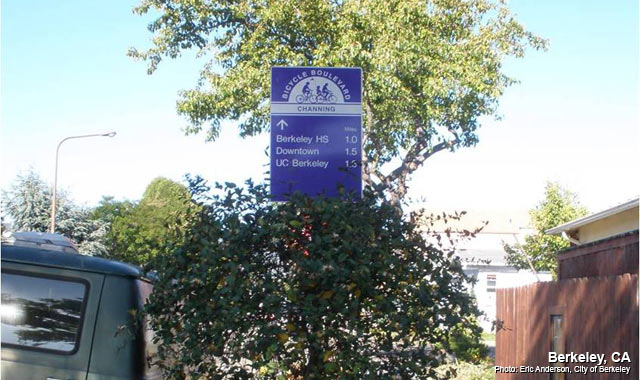 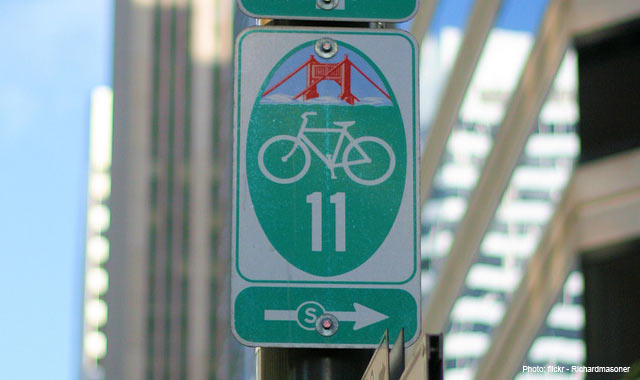 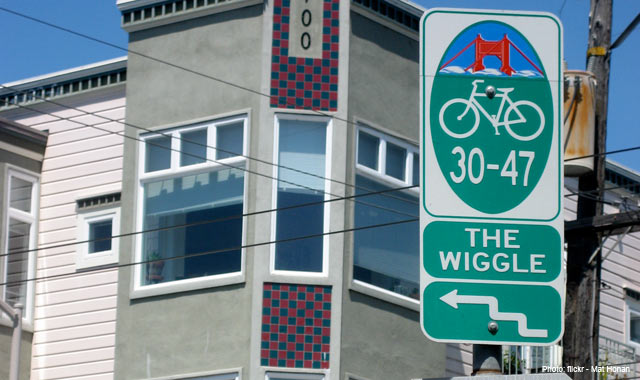 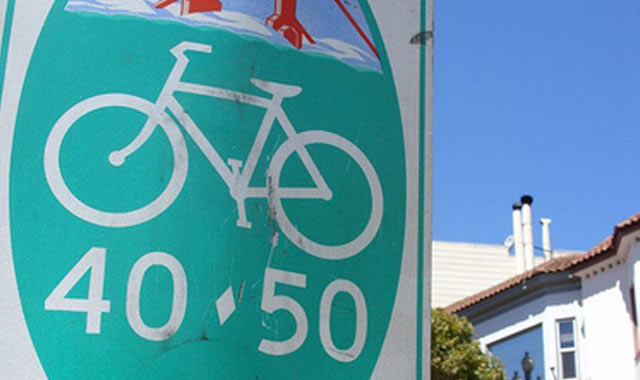 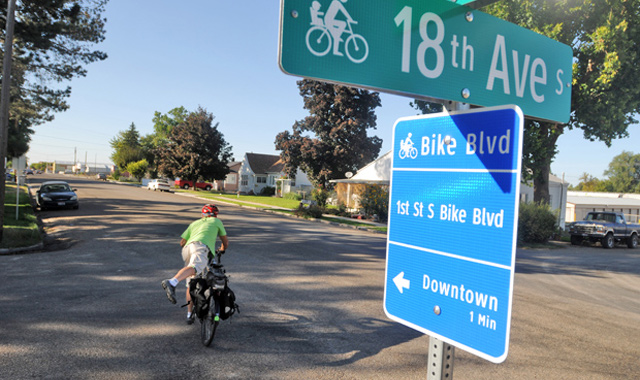 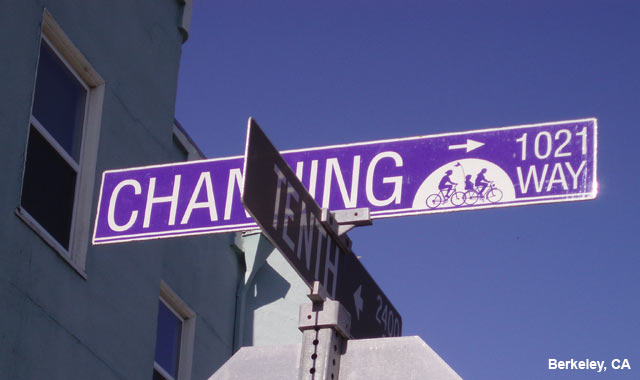 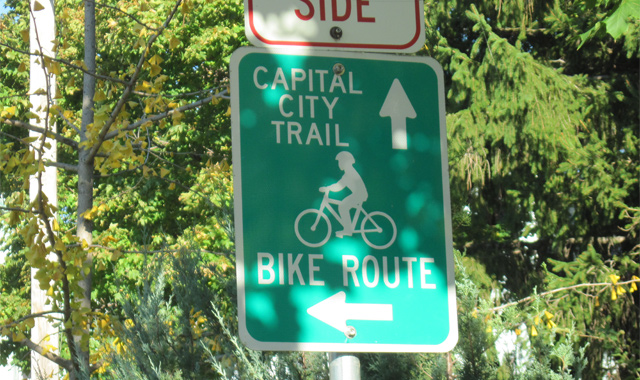 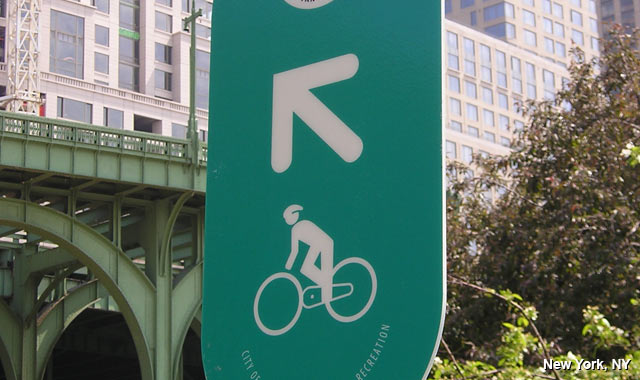 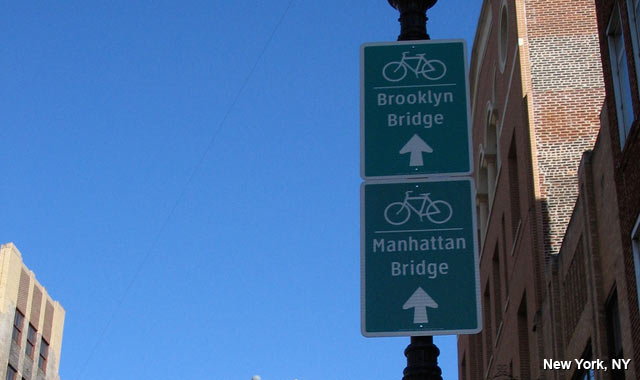 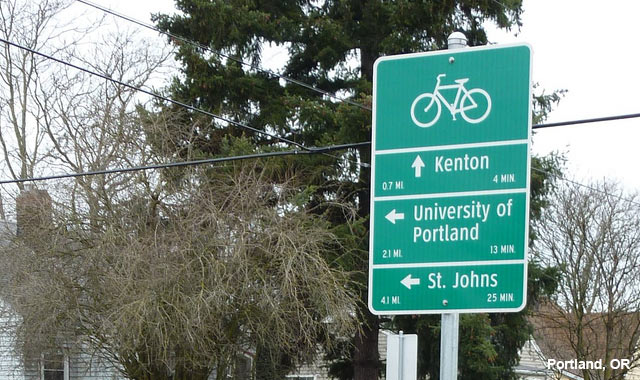 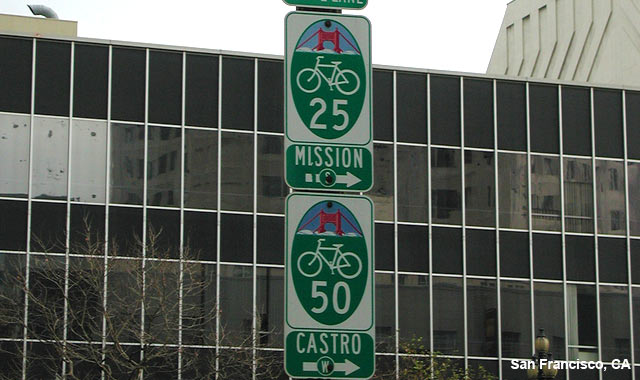 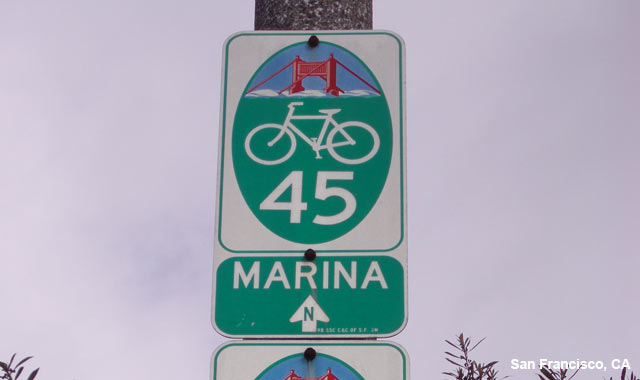 There are three general types of wayfinding signs:

Wayfinding signs can direct users to a number of different types of destinations, including the following: 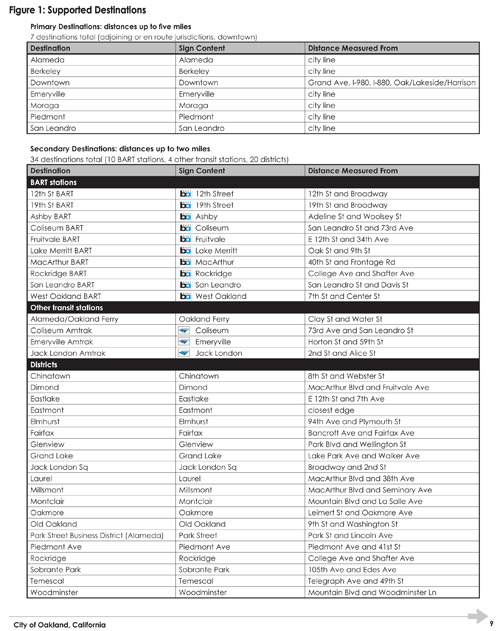 Pavement markings can be installed to help reinforce routes and directional signage and to provide bicyclist positioning and route branding benefits. Under urban conditions, pavement markings may often be more visible than signs to users of the route. Pavement markings may be especially useful where signs are difficult to see (due to vegetation or parked cars). They can also help bicyclists navigate difficult turns.  In the United States, Portland OR, Berkeley CA and Minneapolis MN have experimented with pavement markings. Berkeley and Minneapolis have applied a large stencil taking up nearly the entire travel lane designating the street as a ‘bicycle boulevard.’ In Portland, smaller markings including a small circle and arrow system were initially used; however, since the adoption and wide spread use of the shared lane marking, most bicycle boulevards are being retrofitted with these larger markings. Portland has also applied the shared lane marking as a wayfinding device by turning the chevrons of the marking in the direction of intended travel.

In the United States, the use of pavement markings to identify bikeways has been experimented with in Portland OR and Berkeley, CA. American cities with some implementation of advanced wayfinding and signing systems include the following: