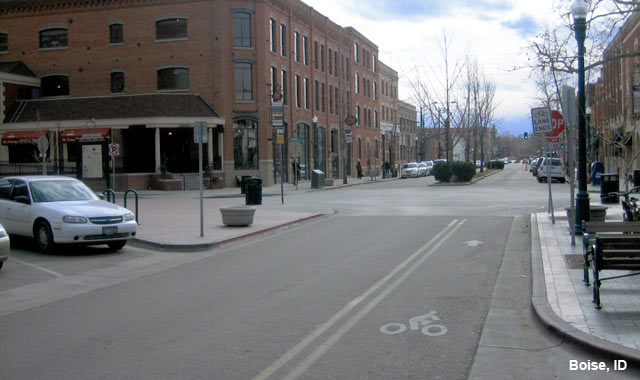 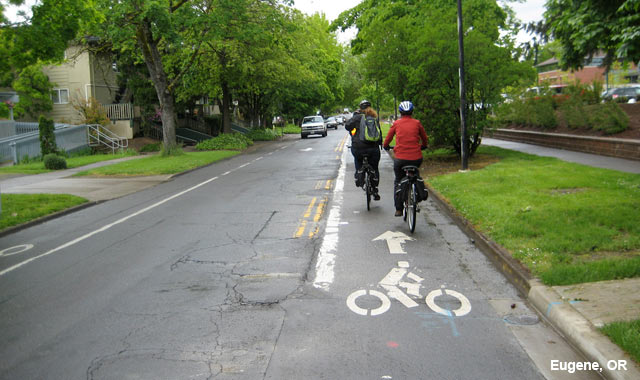 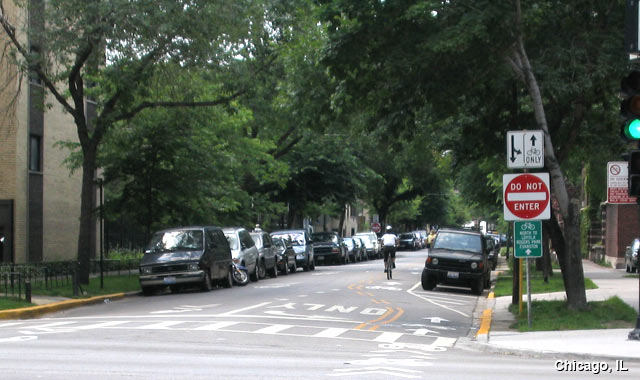 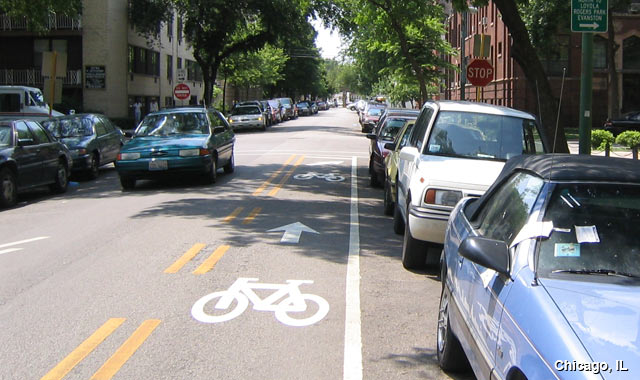 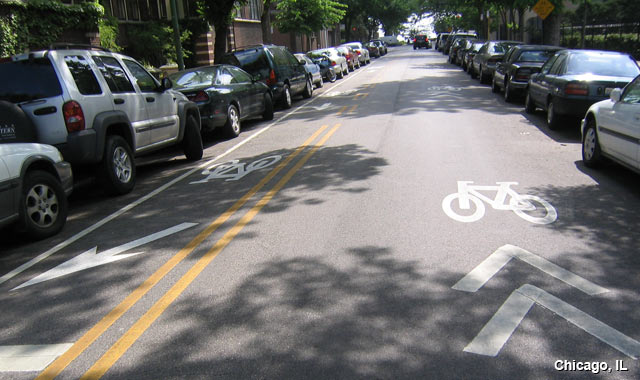 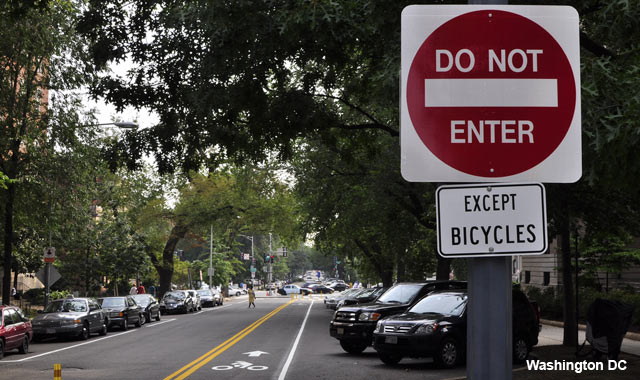 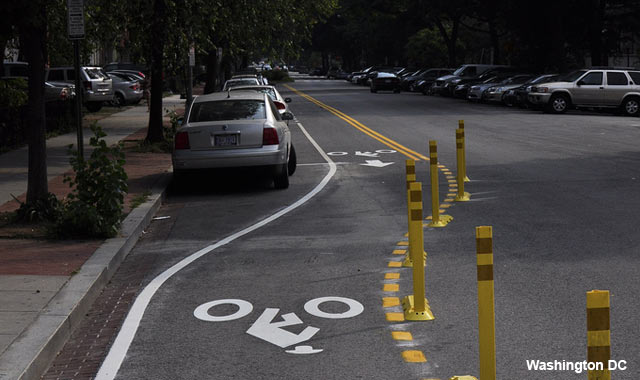 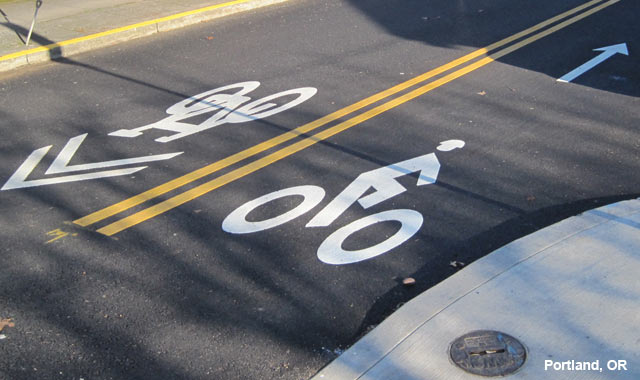 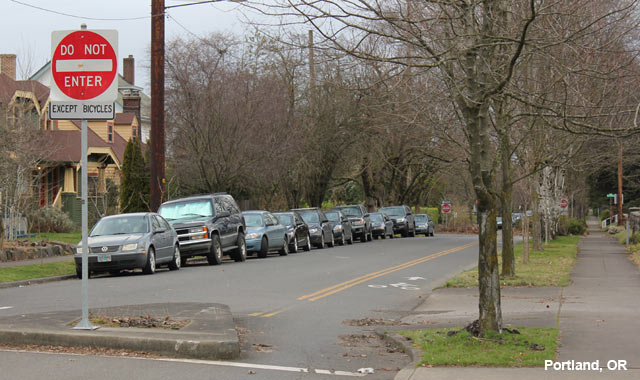 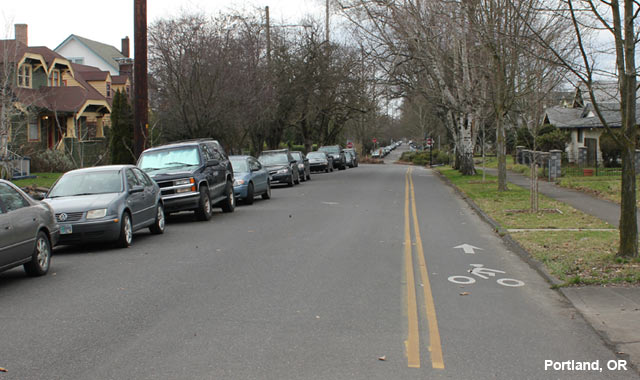 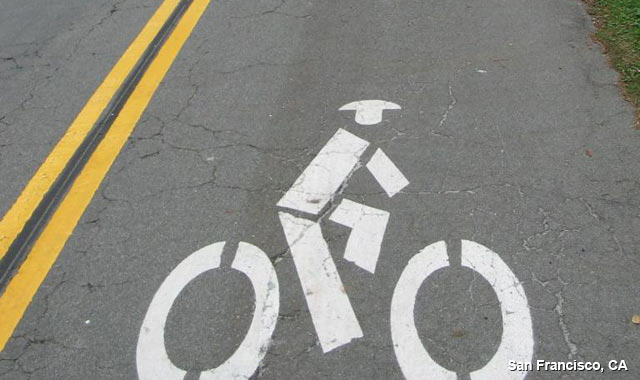 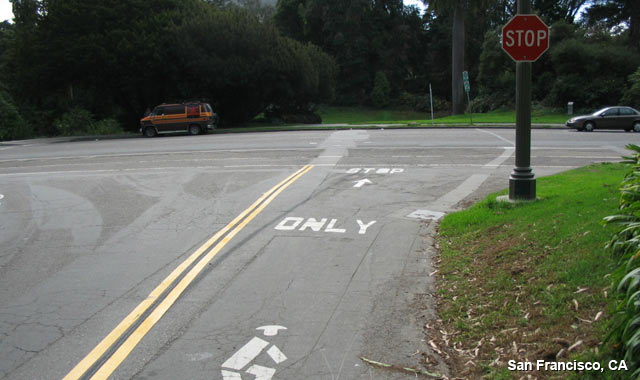 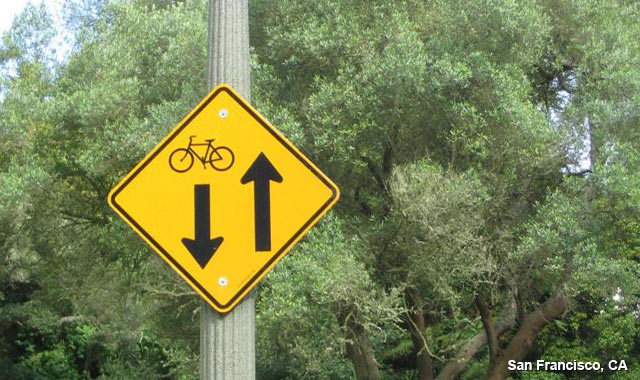 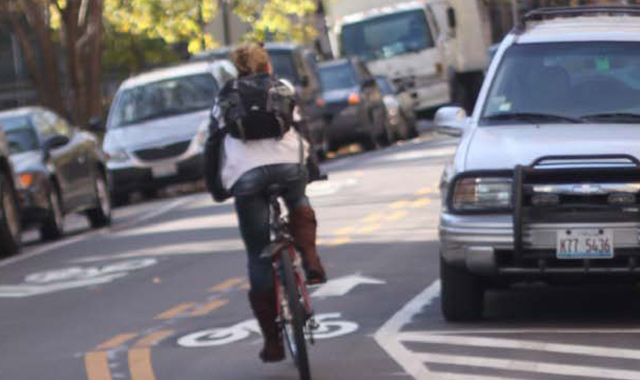 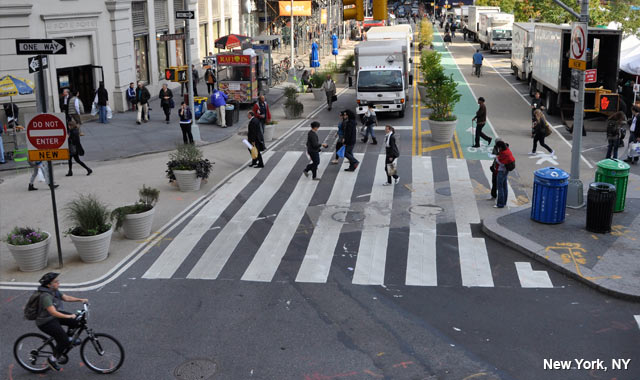 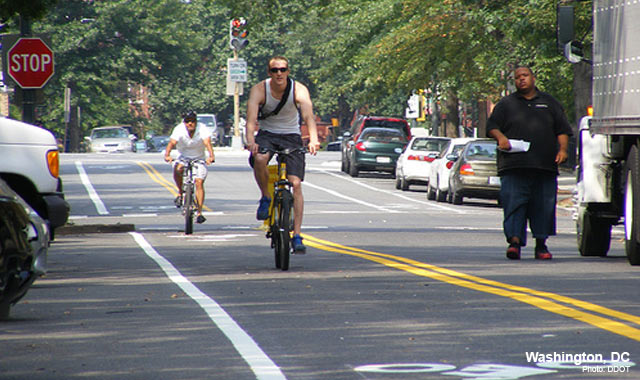 Contra-flow bicycle lanes are bicycle lanes designed to allow bicyclists to ride in the opposite direction of motor vehicle traffic. They convert a one-way traffic street into a two-way street: one direction for motor vehicles and bikes, and the other for bikes only. Contra-flow lanes are separated with yellow center lane striping. Combining both direction bicycle travel on one side of the street to accommodate contra-flow movement results in a two-way cycle track.

The contra-flow design introduces new design challenges and may introduce additional conflict points as motorists may not expect on-coming bicyclists.

Click on the images below to view 3D concepts of contra-flow bicycle lanes. The configuration shown is based on a Seattle, WA, example.

Contra-flow bike lanes are used in the following US cities: