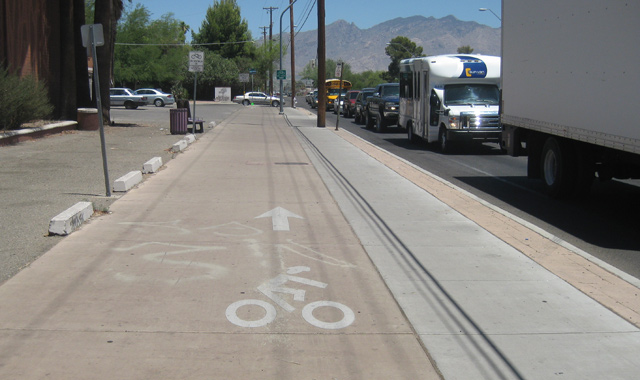 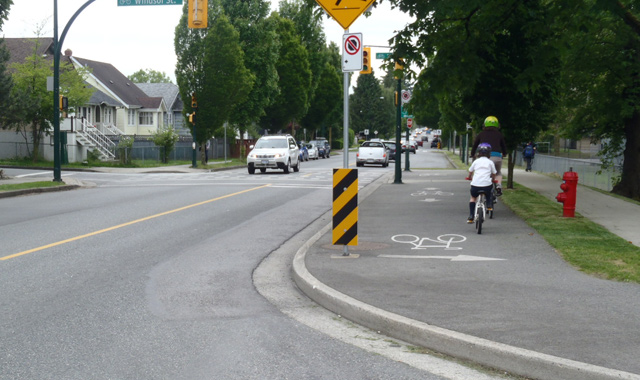 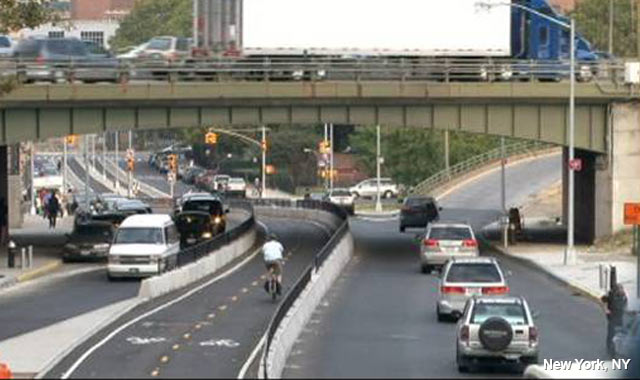 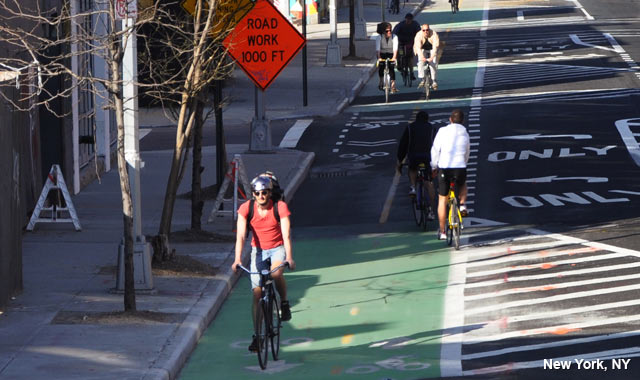 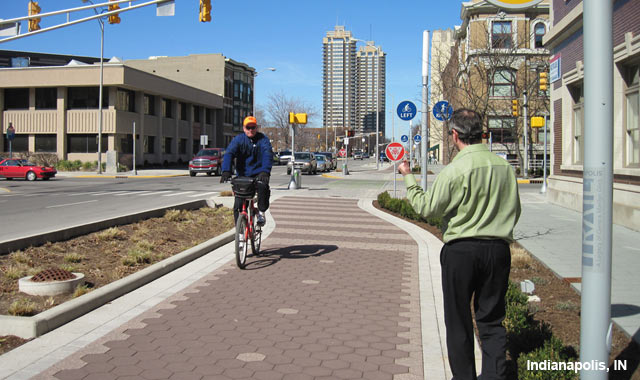 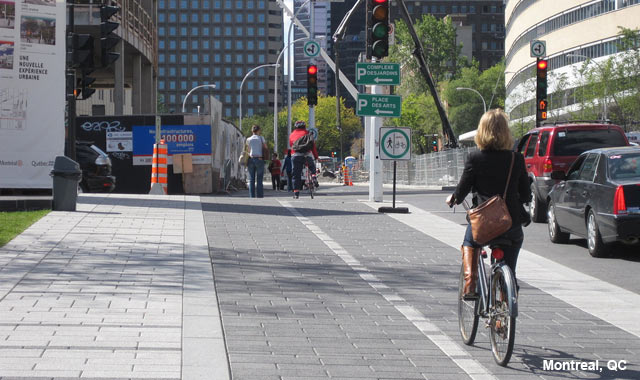 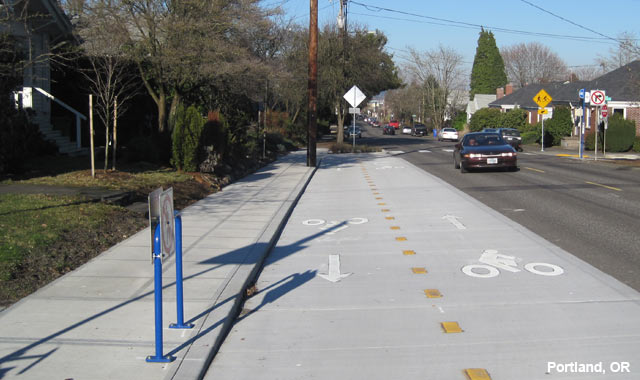 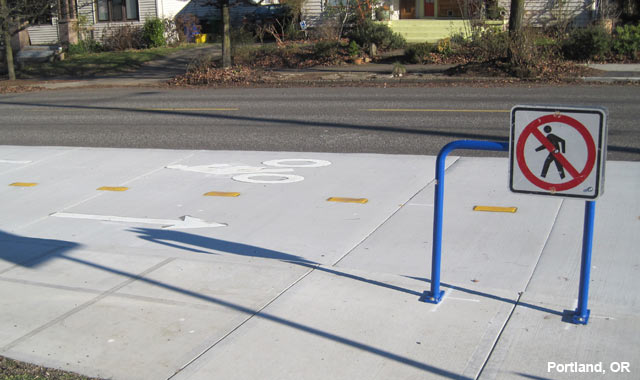 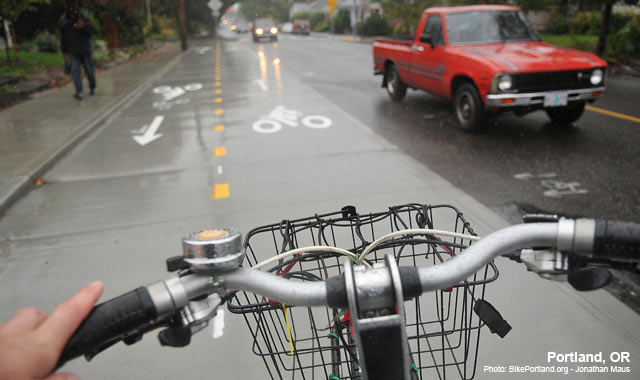 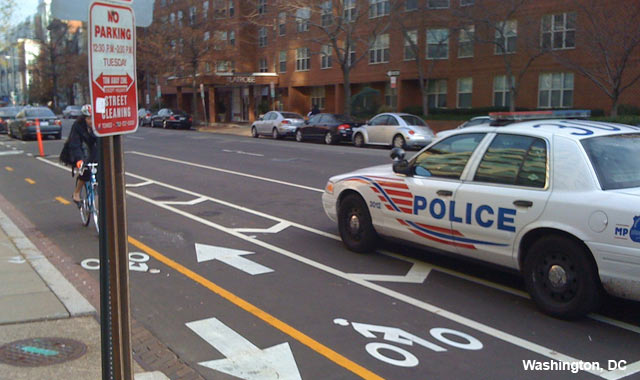 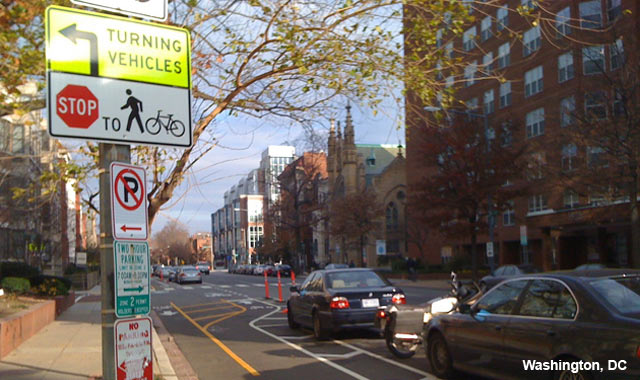 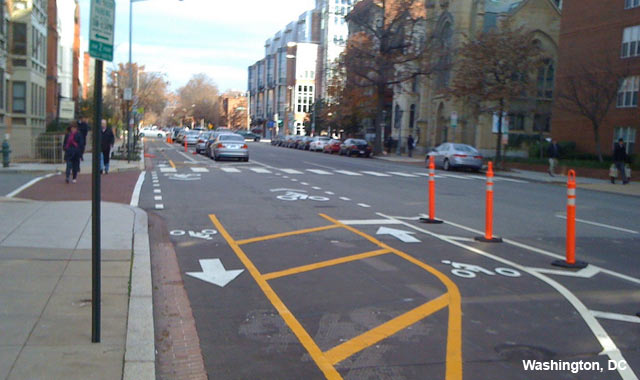 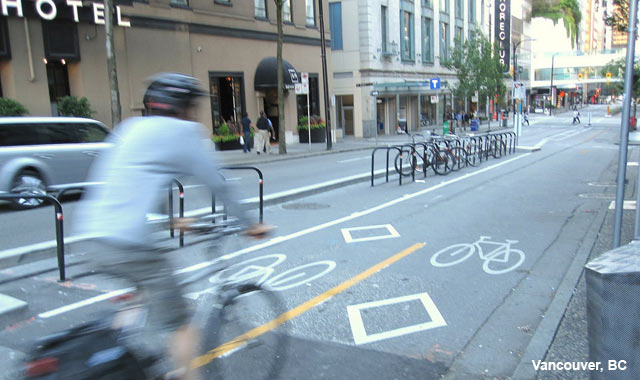 Two-way cycle tracks (also known as protected bike lanes, separated bikeways, and on-street bike paths) are physically separated cycle tracks that allow bicycle movement in both directions on one side of the road. Two-way cycle tracks share some of the same design characteristics as one-way tracks, but may require additional considerations at driveway and side-street crossings.

Click on the images below to view 3D concepts of two-way cycle tracks. The configurations shown are based on Cambridge, MA and Washington DC, examples.