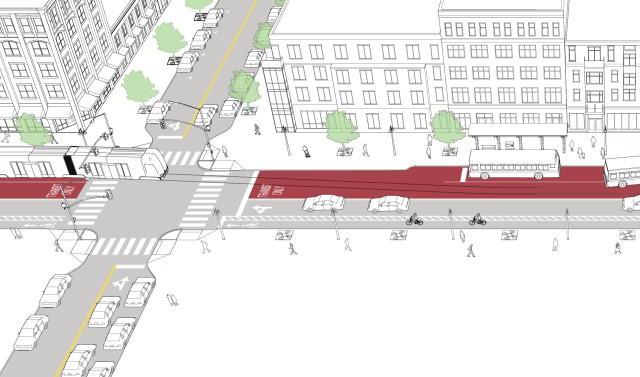 Dual transit lanes allow buses to use the right lane for in-lane stops, and the left bus lane for travel and passing. Providing two transit lanes helps reduce transit vehicle delay from both general traffic and other transit vehicles. Configurations for both LRT and buses can serve stops on alternating blocks in a skip-stop arrangement.

The benefits of dedicated transit lanes are critical to creating service with high capacity, speed, frequency, and quality.

Dual transit lanes must be curbside, as it is impractical for vehicles to access parking across two restricted lanes. 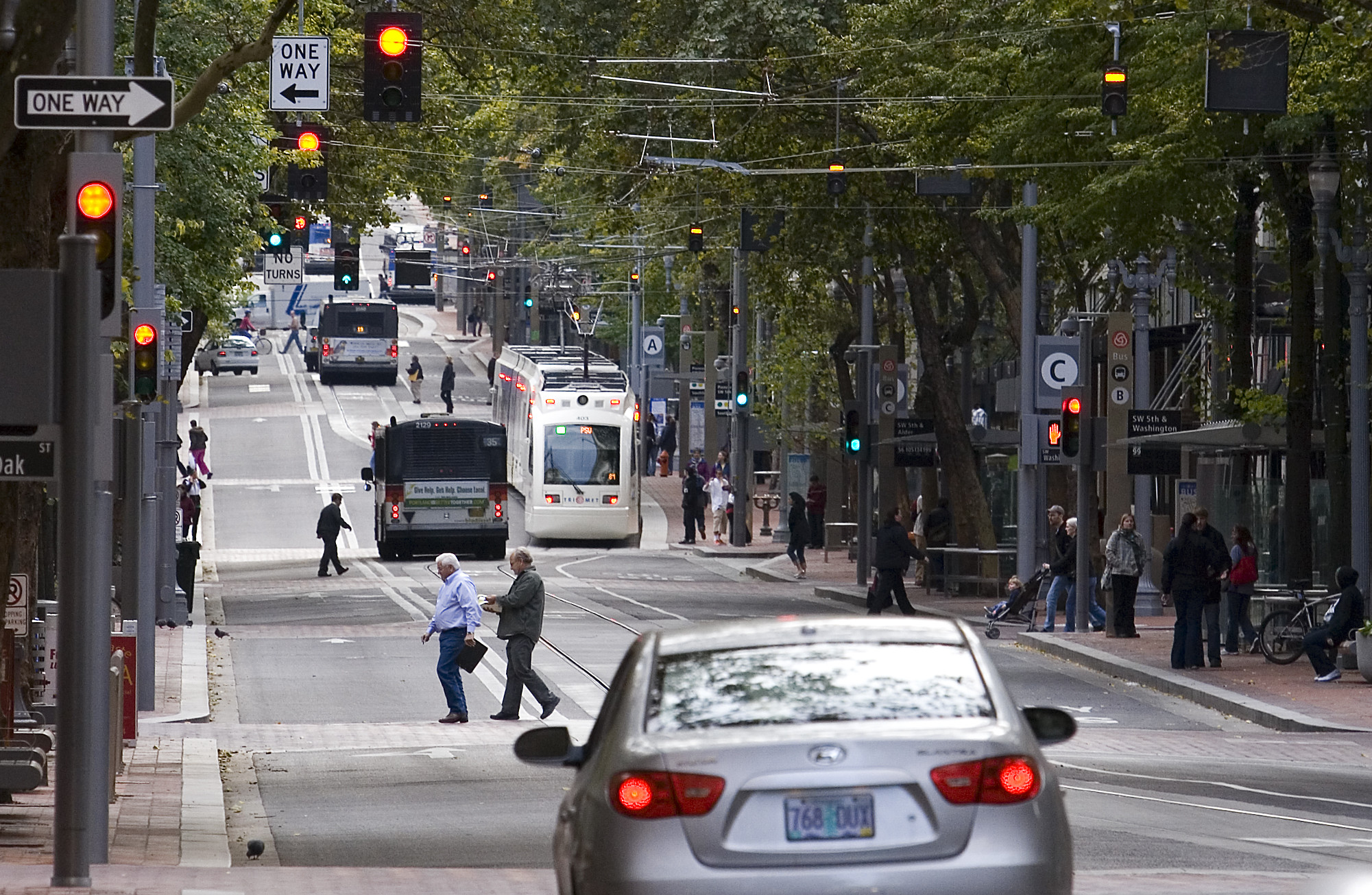 Lanes can be operated at all times, but are often enforced only during peak hours. Part-time operation may degrade the efficacy of dedicated lanes.

At major transfer nodes, the on-street terminal stop configuration can provide more efficient operations and improved legibility for riders. Stops and stations should be staggered in a skip-stop configuration, allowing through-moving transit vehicles to bypass dwelling vehicles and avoid delay. In downtown contexts, where pedestrian volumes are high, stops may be spaced closer together in order to distribute congestion caused by groups of passengers waiting on the sidewalk. 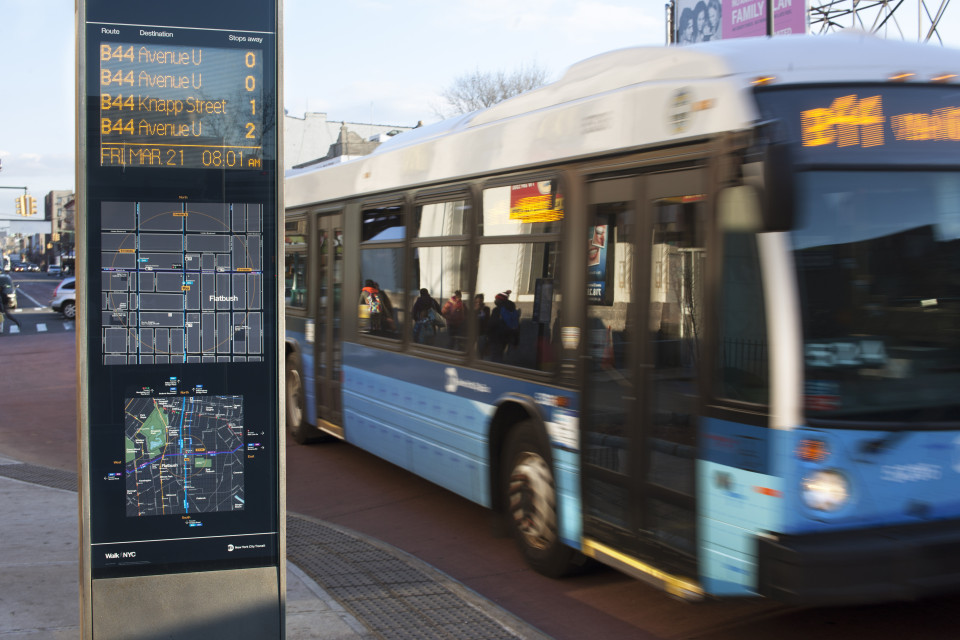 Dual transit lanes can be painted red to visually discourage drivers from entering and blocking the lanes.

Raised separation elements can be employed in some configurations; where motorists turning from intersecting streets may mistakenly enter transit lanes, traversable barriers may be desirable.