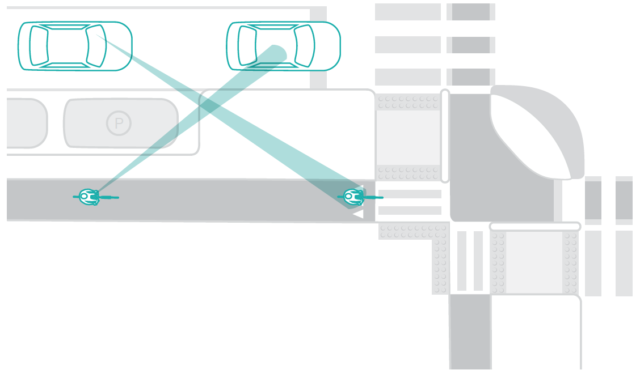 The length of the clear sight distance is determined by the speed at which both cyclists and motor vehicles are traveling. When bike speeds are high, such as at downhills, or when motor vehicle approach speeds exceed 30 mph, or where drivers often proceed through a turn at speeds higher than 10 mph, long No Stopping/No Standing Zones are necessary. In these conditions, people using the bikeway need relatively long distances to slow ahead of an intersection if they have been overtaken by a turning vehicle. Shorter sight distances may be applicable where the bike design speed is moderate to low and vehicle turning speeds are very low, such as at small driveways or alleys.

For example, in a protected intersection with a 12’ bikeway setback, 25 mph traffic, and average bike speeds, the total clear sight distance should be at least 40’, measured from the front of the last parking space to the point where bikes become exposed to turning vehicles. At this distance, a person on a bike would have approximately 50’ or 3 seconds to see a turning vehicle and react. 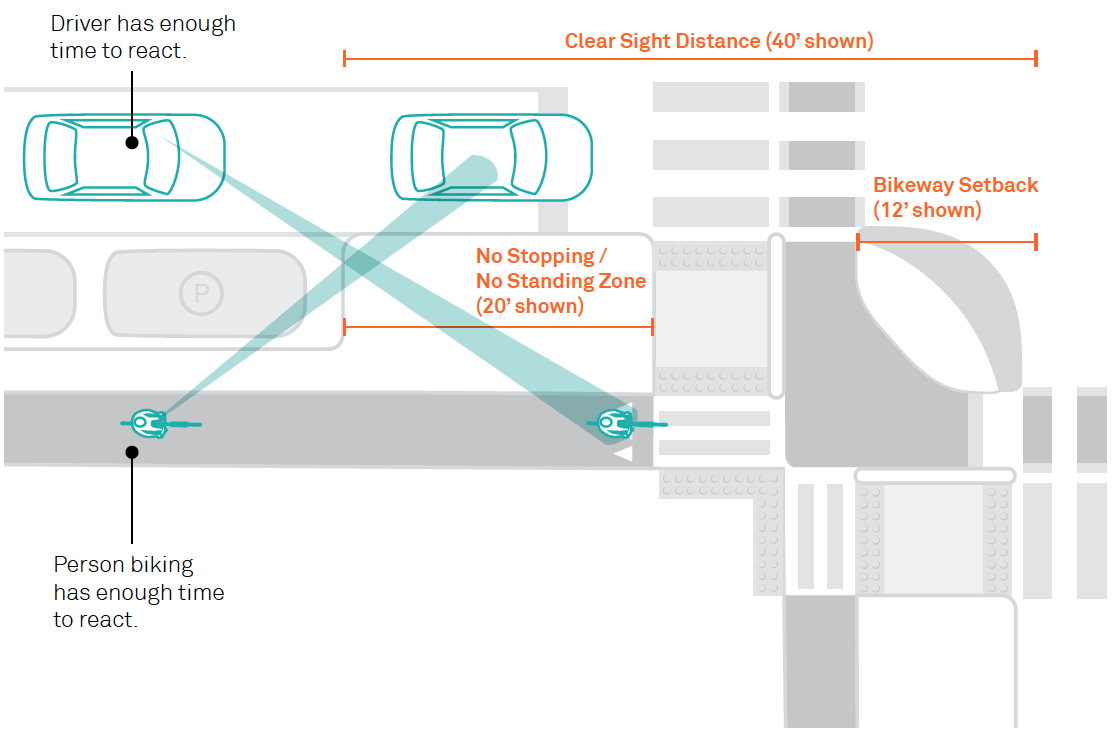