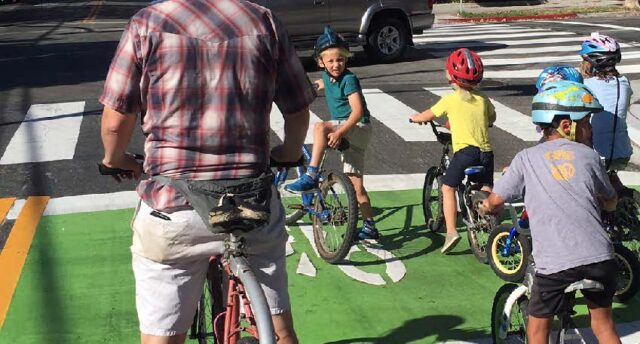 This guide is organized around three intersection design strategies and the specific tools that are most applicable to each. In combination, these tools reduce turning speeds, increase the visibility of people bicycling, and give priority at intersections to people bicycling. 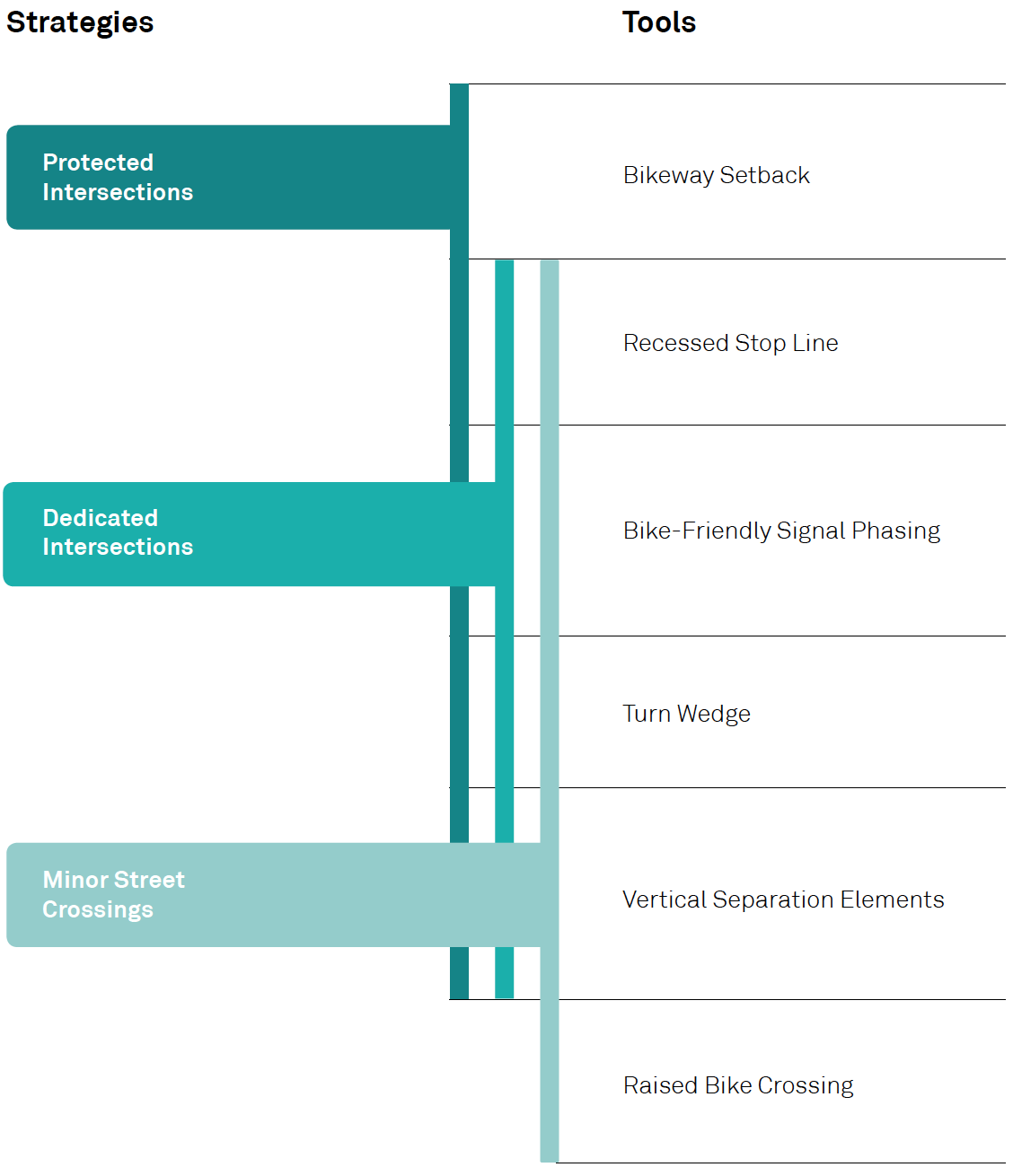 Drivers yield more frequently to people walking and biking when speeds are low, making it safer for bikes to pass in front of turning cars. Lower speeds give drivers more time to stop if needed, and reduce the severity of collisions when they occur. Smaller turn radii, centerline hardening, turn speed bumps, and raised bike crossings can all reduce the speed at which drivers turn.

Setting back the bikeway crossing, installing recessed (early) stop lines for motor vehicles, and building raised bikeway crossings all make it easier for drivers to see people using the bikeway. The designer’s challenge is to provide good lines of sight without encouraging higher speeds.

Give bikes the right of way.

People on bikes crossing a busy intersection need clear priority over turning motor vehicles. Formal right of way often is not enough, but driver yielding can be improved by prohibiting motor vehicle turns on red, implementing bike-friendly signal strategies, and letting bikes move past stopped vehicles while waiting for a signal. 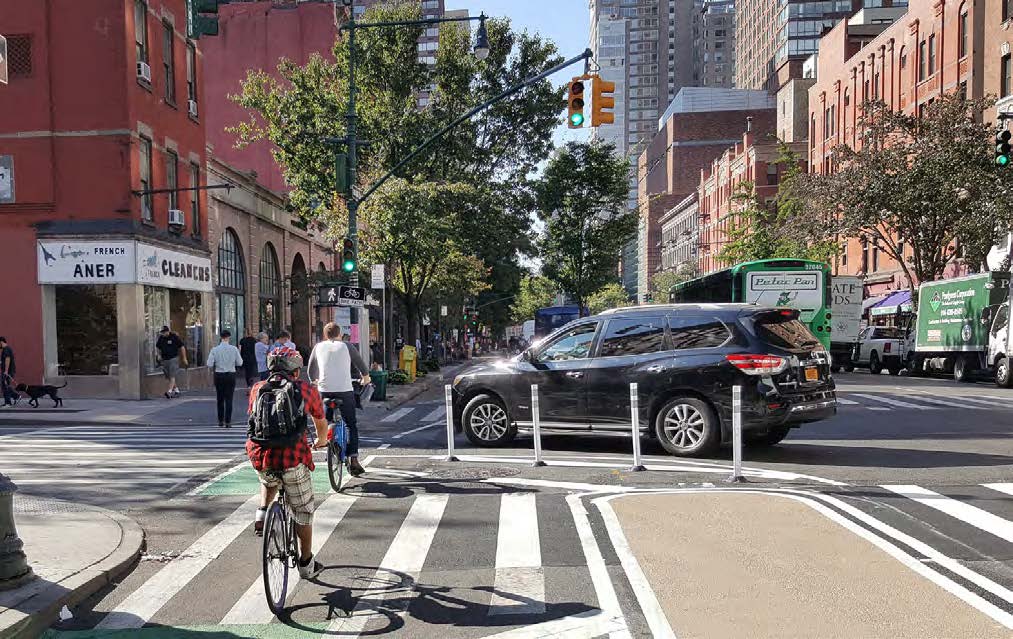