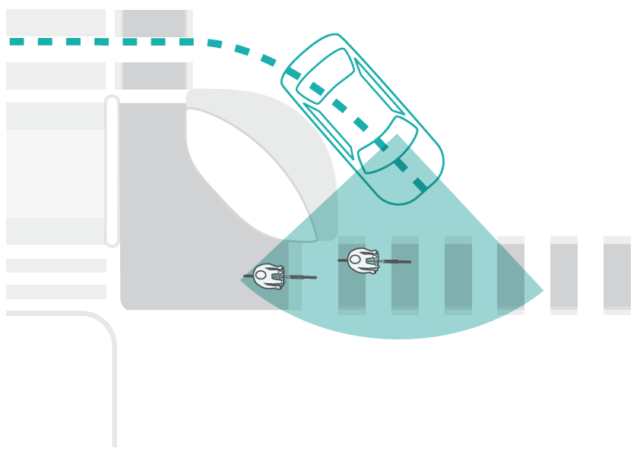 In a conventional bike intersection, the bike spends a long time in the blind spot of an approaching vehicle. Except at the lowest speeds, this sets up an unresolved conflict where bike riders must be prepared for evasive action even though they have the right of way.

For example, in a protected intersection with the crossbike setback approximately 14’-16’ from the motor vehicle lane, a car driver approaches the crossbike at an angle above 45 degrees and preferably above 60 degrees. This high angle allows the driver to easily see cyclists and keeps cyclists fully outside of the right-side blind spot on large vehicles. In contrast, in a conventional intersection, turning drivers approach the intersection at a very low angle, and would have to check mirrors and turn almost all the way around to see approaching bicycles. 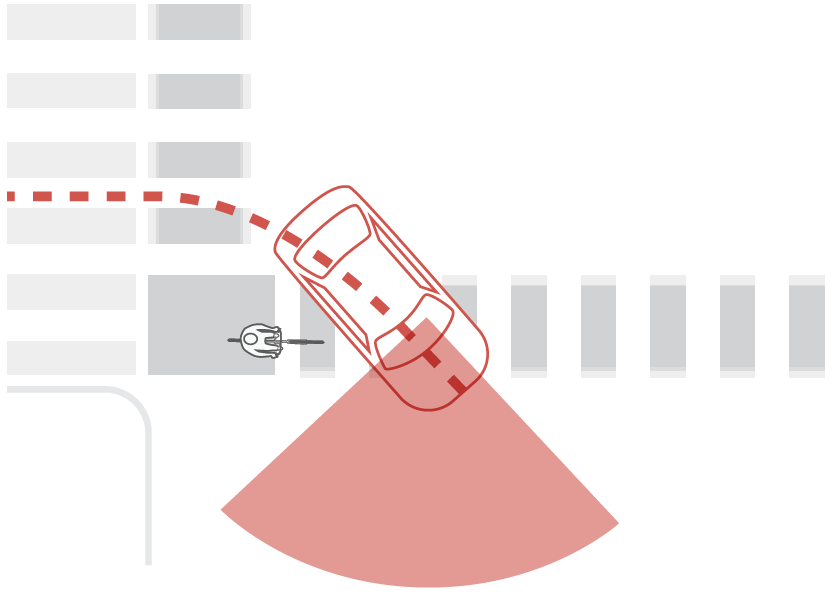 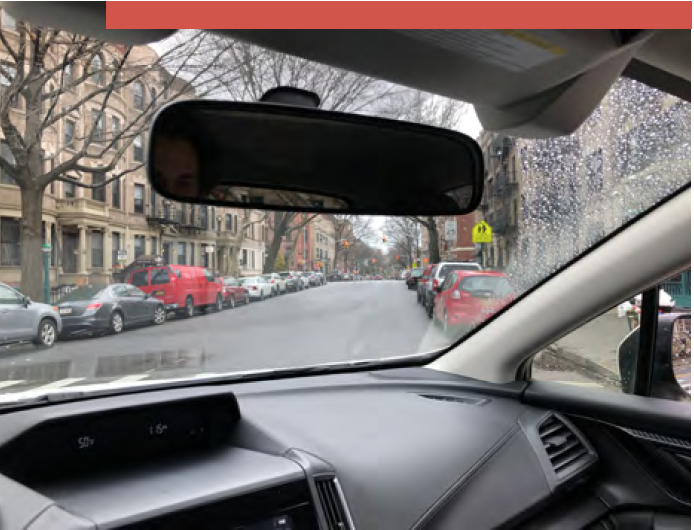 At a conventional intersection, the bike rider is hidden from the driver’s view as the driver makes the turn. 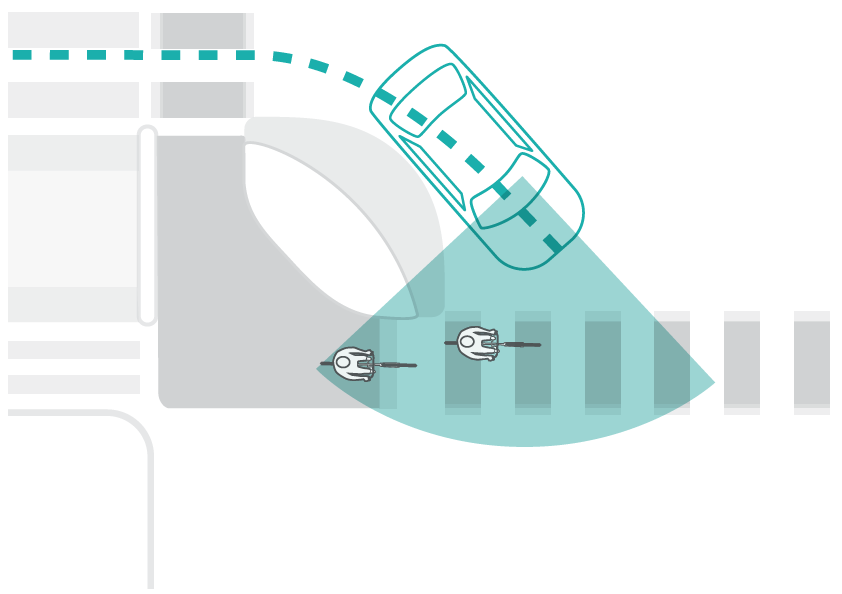 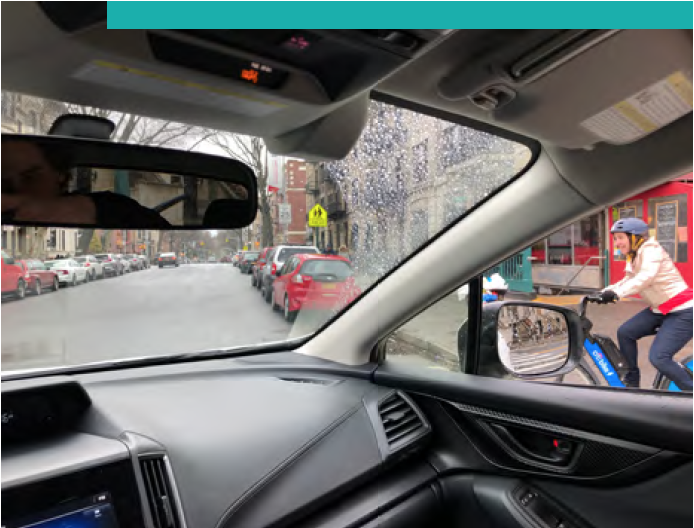 At a protected intersection, the bike lane is set back from the motor vehicle through/turn lane, so the bike rider is visible as the driver turns.