Street design and operational changes can reduce the number of opportunities drivers have to speed and reduce the top speeds at which motorists are comfortable driving. Most street design techniques reduce speeding in one of, or a combination of, three ways:

Arterials and other large urban streets present unique challenges for speed management. These streets typically feature high traffic volumes, higher posted speeds, both signalized and unsignalized crossing points, and multiple lanes. In total, arterials account for nearly a third of fatal crashes in the US, despite covering only 6% of roadways. To address these challenges, cities will often need to deploy both design (street cross-section) and operational (signalization) tools to produce the necessary speed reductions. Combined, these tools can help the city achieve harmony between design speed, target speed, and the speed limit.

Examples of design changes include:

Examples of operational changes include:

> Reducing the length of signal cycles or green signal time on the major street, particularly at non-peak times.
> Reprogramming signal timing for a lower progression speed, usually 2-3 mph below the target speed (for both oneway and two-way streets) or breaking progressions into shorter distances (for two-way streets). 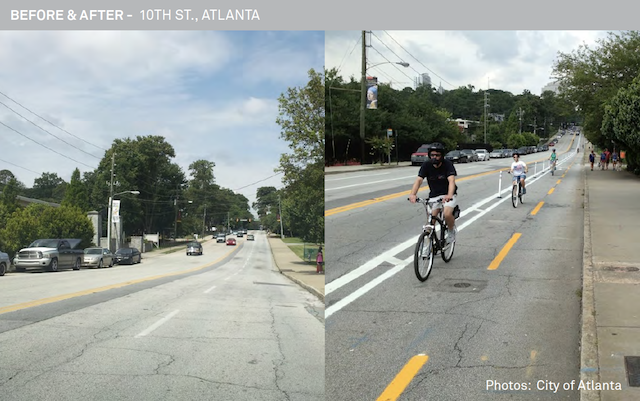 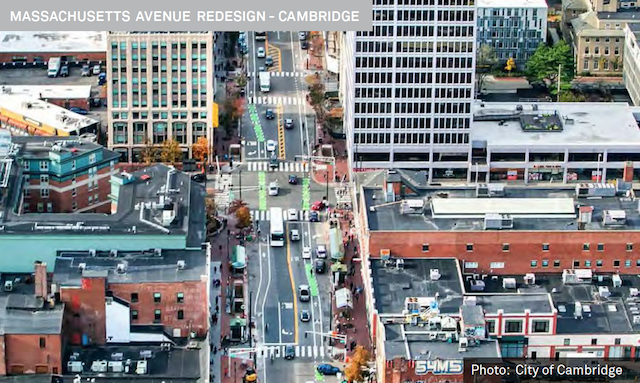