Speed is a central factor in traffic deaths. The National Highway Traffic Safety Administration reports that speed was a factor in a quarter of all fatal crashes in 2018. As speed limits and speeds increase, so do fatalities. Researchers from the Insurance Institute for Highway Safety (IIHS) found that a 5 mph increase in the maximum speed limit was associated with an 8% increase in the fatality rate on interstates and freeways, and a 3% increase in fatalities on other roads. 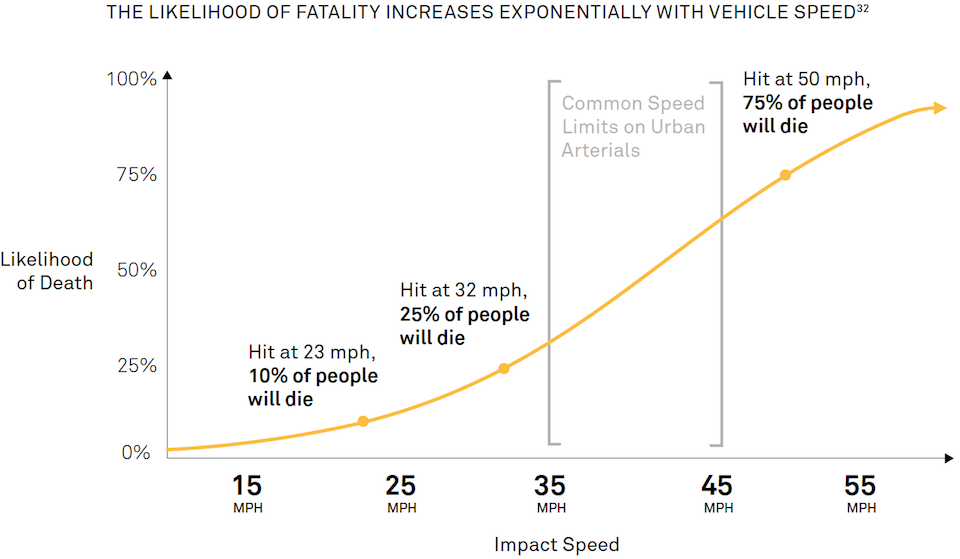