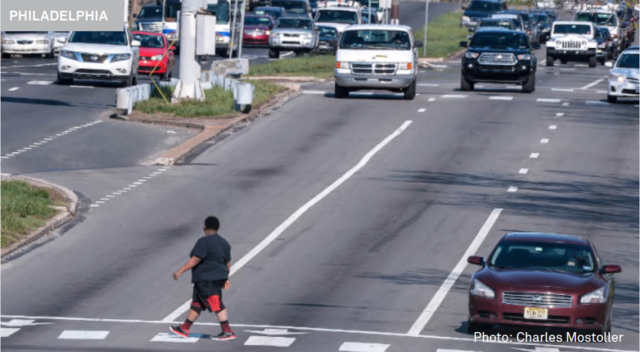 In 2018 alone, drivers killed 36,560 people on US roads and seriously injured millions more. These tragedies are the result of a failed approach to traffic safety that prioritizes speed and convenience over human lives.

Experience from other industrialized countries shows that fewer traffic deaths and safer roads are possible. Rather than focusing on individual behavior, these countries focus on changing the policies and engineering decisions that create unsafe conditions. This technique, also known as a Safe Systems approach, is the guiding philosophy behind the safer streets in European Union and Scandinavian countries, which have, on average, a per capita traffic fatality rate that is half and a third, respectively, of that in the United States.

US streets are becoming especially dangerous for people walking and biking. Between 2009 and 2018, pedestrian deaths from traffic crashes in the US grew by 46%, reaching a nearly 3-decade high of 7,354 people killed by vehicles in 2018 alone. This rate means that people walking and biking are an increasingly large percentage of all fatalities on the road. For the past five years, pedestrians and cyclists have accounted for almost 20% of all road fatalities, despite making up only 11% of road users. And this number is on the rise. From 2008 to 2018, cyclist and pedestrian fatalities increased by 38% versus a 12% decline for vehicle occupants.

Compounding these statistics, reliance on increased police enforcement to address dangerous driving in the name of “safety” has contributed to the disproportionate number of Black people stopped, injured, and killed by the police.

In cities, where the vast majority of pedestrians and cyclists are killed, transportation agencies have long understood that motor vehicle speed plays a key role in fatal and serious crashes, and have sought to reduce speeds and save lives. But speed limit reductions have remained out of bounds for many city transportation agencies because authority over speed limits, even on city streets, is often held at the state level, and is commonly tethered to the practice of using the existing speeds on a street to determine what the speed limit should be. This method results in higher speeds and speed limits over time.

If the US approached speed limit setting using a Safe Systems approach, engineers would determine the speed that is safest for all people using the street and then build infrastructure to support that speed. Instead of being forced upward over time, speeds, and fatalities, would go down as they have in the countries that use such approaches.

To reduce traffic deaths and severe injuries in the US, transportation policymakers must change their approach. Safety for all road users must be set as the foremost goal, and all decisions—about speed, infrastructure, allocation of parking and other curbside uses, enforcement, and maintenance—must be made based on how well they advance work toward zero deaths. By taking a holistic, Safe Systems approach to street design, cities can reduce speeds, build safer streets, and save lives. 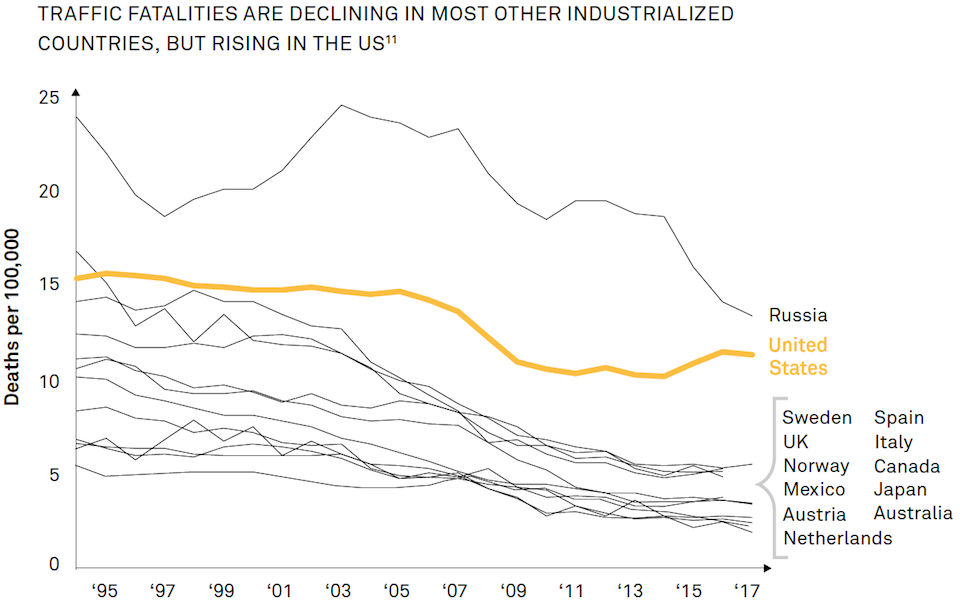 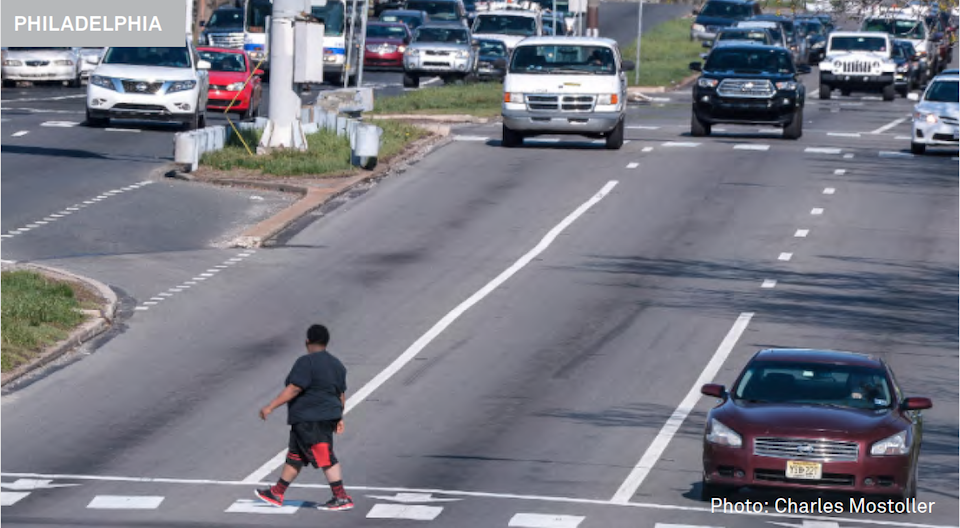 Structural and individual racism exacerbate the dangers posed by speed. In their 2019 Dangerous by Design report, Smart Growth America finds that Black, Indigenous, and Latinx people are more likely than White people to be struck and killed by a driver. Street conditions are often worse in low-income neighborhoods and those where people of color are the majority. Historically, in many cities, redlining justified underinvestment in public services for communities of color, while past and current highway siting decisions, suburban-focused traffic engineering practices, and disinvestment in urban cores, result in substandard, dangerous streets in predominantly low-income, immigrant, and BIPOC communities.

Recent studies from Portland State University and the University of Nevada, have found racial bias in how quickly or frequently drivers yield to pedestrians in crosswalks. In particular, in higher-income neighborhoods, researchers found that drivers failed to yield to a White pedestrian actively crossing in the crosswalk only about 3% of the time versus 21% of the time for a Black pedestrian.

Finally, relying on traffic stops as a primary method for managing speeds can hinder larger efforts to improve overall community safety on streets and deepen the role of transportation in structural poverty, where enforcement targets low-income communities. According to the Department of Justice, about half of all interactions with police begin with a traffic stop or crash. But data shows that when enforcing traffic laws, police disproportionately stop Black people and other people of color, sometimes with fatal consequences. By focusing only on reducing traffic fatalities at the cost of increasing risk of fatalities due to police violence and undue stress, transportation planners, engineers, and practitioners erode their credibility with the communities they serve and undercut the momentum for safer streets as a whole.