Research shows the growing size and weight of the vehicles on our roads, along with reduced visibility from the driver’s seat, are directly linked to increased traffic fatalities. But in the U.S., regulations governing vehicle design have not kept pace with this changing reality. In particular, current safety standards and rating systems have failed to protect people outside of cars, especially in multimodal urban environments.

NACTO works to ensure governments recognize vehicle design as a crucial component of street safety in cities, and implement regulations that make our roadways safer for everyone.

It’s a crisis years in the making: Vehicles are getting bigger, leading to a disturbing spike in deaths of people outside cars.

Fatalities and serious injuries among pedestrians and cyclists have skyrocketed by more than 50% in the past decade. But under the federal government’s safety rating system, known as the New Car Assessment Program (NCAP), almost every vehicle gets four- or five-star ratings. That’s because the system only takes into account the safety of those within cars, not outside them.

Federal regulators can take steps to address this public health catastrophe. Proposed rules from the National Highway Traffic Safety Administration (NHTSA) would begin rating cars based on their safety impacts to pedestrians. But the changes don’t go far enough. The new rating system incorporates long-overdue technological changes, but misses the opportunity to address the outsized role that vehicle speed, size weight and visibility from the driver’s seat play in determining safety outcomes.

That’s why NACTO is calling on NHTSA to update the NCAP program so that no vehicle receives a five-star safety rating unless it has:

In June 2022, over 15,000 stakeholders–from elected officials and transportation experts to concerned educators and parents–joined our call pushing the federal government to update the outdated ratings system that gives misleadingly high safety ratings to the most dangerous vehicles on American roadways. Read what they had to say.

Many cities and transit agencies have also pushed for changes. You can view some of their statements here:

To learn more about the importance of vehicle design in keeping pedestrians safe, check out this webinar, which was organized by America Walks and features a presentation from NACTO:

The National Highway Transportation Safety Administration (NHTSA) is the part of USDOT charged with motor vehicle safety standards. It has broad authority to regulate the design and technology used in motor vehicles sold in the United States. The agency writes and adopts the Federal Motor Vehicle Safety Standards (FMVSS) and other regulations. It also encourages the collection of crash data through the Model Minimum Uniform Crash Criteria.

Traffic fatalities for vehicle occupants have largely held steady over the last decade, while traffic deaths for people outside of vehicles (pedestrians and bicyclists) have skyrocketed by more than 50% since 2009. Vehicle standards have failed to protect those outside of vehicles, resulting in thousands of preventable deaths each year. Especially in multimodal urban environments, vehicle design and regulation is critical to ensuring safe operations and movement.

NHTSA’s approach to vehicle regulation needs to expand its scope from a limited consumer-protection approach to a holistic public health approach that protects all road users. NHTSA should use its broad authority over vehicle safety and design regulations to support the Biden Administration’s climate, equity, and safety goals by taking the following actions: 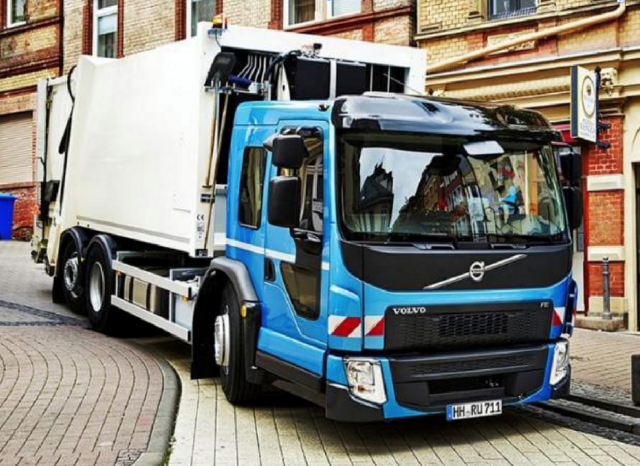 Over the course of the project, partners identified a number of off-the-shelf and/or easily retrofittable technologies, such as automatic emergency braking, and policies, such as Direct Vision Standards, that North American cities could adopt to reduce traffic fatalities and injuries from large vehicles. Because governments purchase a sizable share of the large vehicles that operate in cities, they are uniquely positioned to influence the market for better, safer designs.

In addition, Volpe’s research identified some fire trucks, currently available for sale in Europe, that meet or exceed the capacity of typical fire trucks operating in the U.S., and are smaller, more maneuverable, and more appropriate for urban contexts.

Read our reports on making large vehicles work for cities:

Check out our webinars: