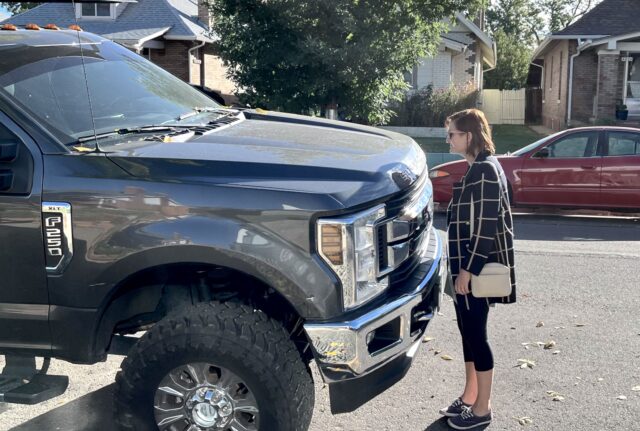 By the end of Wednesday, June 8th, more than 15,000 Americans–from political officeholders, to safety officials, to transportation experts, concerned educators, parents, and prominent consumer safety advocates–implored the Biden Administration to update the outdated ratings system that gives misleadingly high safety ratings to the most dangerous vehicles on American roadways.

Nearly 43,000 people died in traffic crashes in the U.S. in 2021, an 11% jump from 2020, making the U.S. the country with the worst rate of auto fatalities in the industrialized world. While there are many causes to America’s growing traffic safety crisis, vehicle design plays an important and increasing role, and one where federal ratings have fallen lethally behind the reality on the ground.

Despite a meticulously-studied connection between vehicle design and safety, and the clear failings of current U.S. safety practice, virtually every new car under the federal government’s current safety rating system, known as the New Car Assessment Program (NCAP), receives a four- or five-star rating. That’s because the system only takes into account the safety of those within cars, not all the people walking, pushing strollers, biking, or taking transit outside them.

Thousands of concerned residents, safety experts, cities, and organizations are calling for recently-confirmed NHTSA Administrator Dr. Steven Cliff to take the small step of providing consumers with accurate information on the safety of vehicles that they purchase. NHTSA must make these changes, among others, to more accurately reflect safety in the ratings that Americans use as they decide which vehicle to purchase to keep their families and neighbors safe:

Numerous authoritative studies have shown that there are direct links between the dramatically increased size and weight of vehicles sold in the U.S. today. Over 80% of new vehicle sales are trucks and SUVs, and newer models are typically larger, heavier, and with larger blind spots than previous years, even within the same vehicle model family. With 50% more pedestrians and cyclists dying every year than a decade before, it is critical that the country’s vehicle safety rating program reflect the reality of these larger vehicles on transportation safety for everyone using city streets.

“America’s traffic safety crisis is tragic, inequitable–and preventable,” said Janette Sadik-Khan, NACTO Chair. “The Biden Administration made a bold commitment this year to prioritize safety throughout the nation’s transportation system, and Dr. Cliff now has an opportunity to follow through on it with action that will protect lives on our nation’s roads.”

“For decades, cities have been at the forefront of transportation innovation in North America. Yet, without a strong federal partner, American streets have been getting more dangerous instead of safer,” said Corinne Kisner, Executive Director of NACTO. “The Biden Administration has done an admirable job of renewing the Department of Transportation after years of stagnation. Now is the time for the experts in the room to be honest with the public, and let them know that the vehicles that they’ve been sold for years are making our streets more dangerous–not safer.”

“Chicago has made unprecedented local investments in recent years in Vision Zero programming and infrastructure upgrades to create safer streets,” said Chicago Department of Transportation Commissioner Gia Biagi. “But reversing the rise in traffic fatalities requires more than good street design. That’s why CDOT is urging NHTSA to update its safety ratings so that no car receives a 5-star rating that doesn’t score highly on pedestrian safety features. In a city like Chicago, where millions of people get around each day by walking and biking, it’s critical that the safety of everyone–people inside and outside of vehicles–is considered when evaluating a car’s safety.”

“In Washington, DC we have made bold new investments in our roadways and infrastructure to improve pedestrian and cyclist safety,” said Everett Lott, Director of the District Department of Transportation in Washington, DC. “We urge NHTSA to partner with us and leaders around the country to ensure the New Car Assessment Program demonstrates a broader commitment to pedestrians and cyclists moving alongside vehicles and that manufacturers ensure safety improvements are standard features at every vehicle price point. As we transition to a multimodal transportation network we must plan now for the safety of all roadway users.”

“No vehicle should have a five-star safety rating if it doesn’t have features designed to protect people on foot and bike,” said Jascha Franklin-Hodge, Chief of Streets for the City of Boston. “As we work every day to design and build safer streets in Boston, we need our partners in the Federal Government to do more to protect people both inside and outside of vehicles.”

“I and the City of Madison are committed to our goal of eliminating all traffic fatalities and serious injuries,” said Mayor Satya Rhodes-Conway of Madison, Wisconsin. “Vehicle size, weight and speed play a big role in the outcomes of crashes involving pedestrians and cyclists. We are urging NHTSA to require more safety features for people outside the vehicle for a vehicle to receive a five-star rating.“

“The proposed updates to NCAP show that it is a new day at USDOT, with the Biden Administration paying close attention to the need for safer vehicles on our roads,” said New York City Transportation Commissioner Ydanis Rodriguez. “We are pleased that NACTO is speaking in one voice for America’s cities, because the evidence is clear that larger, heavier vehicles cause more harm on our streets.  NCAP star ratings should reflect this and hold auto manufacturers to a higher standard for protection of the most vulnerable road users.”

“Every year in San Francisco we lose almost 30 lives in traffic crashes,” said Tom Maguire, Director of Streets, San Francisco Municipal Transportation Agency (SFMTA). “While we continue to use every tool to meet our safety and equity goals, we also need changes to the safety features of vehicles to achieve Vision Zero. We’re encouraged by the proposed changes in NCAP and know we need more changes to federal laws and regulations for vehicle weight, size, and speed as all these elements play a significant role in whether or not someone survives a crash.”

“While serving as Administrator of the National Highway Traffic Safety Administration (NHTSA) during President Carter’s Administration, I was charged with addressing the 50,000 fatalities occurring on our roadways annually. Unfortunately, although many safety improvements have been made to vehicles and roadway environments between then and now, these numbers have been creeping back up and exceeded 42,000 deaths last year for the first time in 16 years,” said Joan Claybrook, Former NHTSA Administrator. “Urgent action to advance proven solutions is crucial, including desperately needed updates to the program my team and I developed while at NHTSA, the New Car Assessment Program (NCAP).  Its purpose to inspire competition within the marketplace by revealing vehicle performance that exceeds minimum safety standards is undermined by failure to keep the testing program current.  It is past time for the agency to catch up to Euro NCAP, and preferably exceed it.”

“When families walk into a car dealership, they expect the U.S. government has ensured the safety of motor vehicles. This includes providing adequate information about the vehicles’ performance and reliability,” said Cathy Chase, President, Advocates for Highway and Auto Safety. “Unfortunately, the New Car Assessment Program’s (NCAP) ratings have devolved into a 5-star ‘participation award,’ rather than a motivating force for improvements.  We urge NHTSA to pay heed to the constructive comments provided by Advocates for Highway and Auto Safety, the Consumer Federation of America and our numerous safety partners and return this first-in-the-world program to its excellence to the benefit of all U.S. consumers.”

“NHTSA’s proposed changes to NCAP are outrageously inadequate given the country’s surge in traffic deaths. As all of the members in Families for Safe Streets sadly know all too well, there is too much at stake to not fully prioritize safety in safety standards,” said Amy Cohen, Co-Founder of Families for Safe Streets and mother of Sammy Cohen Eckstein who was killed in a crash in 2013. “If we had just matched the commonsense improvements that other countries made to their own standards over the past 10 years, hundreds of thousands of lives–including potentially my son–would have been saved.”

“Driving continues getting more dangerous despite almost every new vehicle getting a four- or five-star safety rating,” said Dr. Amelie G. Ramirez, Director of the Institute for Health Promotion Research, Chair of the Department of Population Health Sciences at UT Health San Antonio, and Director of Salud America! “One reason is because our nation’s vehicle safety rating system does not account for the dangers that the growing size of SUVs and trucks pose or for the dangers posed to people outside the vehicle, like people walking, biking, and wheeling. This is particularly problematic for Latinos who walk and bike at higher rates. Now is the time to update the vehicle safety rating system. American consumers deserve to know the true safety rating of the vehicles they drive.”

“From the daily experience of operating some of the largest commercial truck fleets in North America, our members know that vehicle design matters,” said Noah Budnick, executive director of Together for Safer Roads. “Case in point: commercial trucks, like increasingly-large passenger vehicles like SUVs, have blind zones. Even the best-trained professional drivers can’t prevent collisions when they can’t see all the road users around them. Combine this with the increasing number of people choosing to walk, ride bikes, and use scooters, and it’s clear that vehicle design needs to safeguard those outside, as well as those inside, a motor vehicle.”

“This is a major test of the Administration’s follow-through on its impressive commitment to advancing the goal of zero roadways,” said Leah Shahum, Vision Zero Network founder and director. “This is not only an opportunity for USDOT, but a responsibility, to modernize the nation’s woefully diminished NCAP safety ratings by incentivizing proven safety features and technologies that can prevent tens of thousands of senseless roadway deaths each year.”

“To achieve a safe mobility system, updates and improvements are urgently needed to NCAP, providing an excellent opportunity to examine how vehicles contribute to a Safe System approach,” said Mark Chung, executive vice president of roadway practice at the National Safety Council. “NSC is heartened to see such a robust response among advocates across the country and urges NHTSA to take it into account as steps are made towards much-needed updates to NCAP, quickly moving to standards to establish one level of safety in all vehicles.”

NACTO and its member cities and partner organizations ask Transportation Secretary Pete Buttigieg and Administrator Dr. Steven Cliff to immediately and transparently outline USDOT’s timeline for incorporating and responding to this groundswell of feedback.

To learn more about the current safety issues with NCAP, see letters to NHTSA from NACTO, U.S. cities, and partner organizations, and to learn more about vehicle design for safety, visit nacto.org/program/vehicle-design.

About the National Association of City Transportation Officials (NACTO)
NACTO is an association of 91 major North American cities and transit agencies formed to exchange transportation ideas, insights, and practices and cooperatively approach national transportation issues. The organization’s mission is to build cities as places for people, with safe, sustainable, accessible, and equitable transportation choices that support a strong economy and vibrant quality of life. To learn more, visit nacto.org or follow us on Twitter at @NACTO and Instagram at @NACTOcities.