Join us on a tour of Downtown Austin’s multimodal portfolio and find out what RideScout is doing to help people consult their phone instead of use their keys. We will kick-off at the the JW Marriott and board the RideScout Route circulator pilot vehicles and head to Halycon Coffee shop where we will observe the use of the transit priority lanes on Lavaca Street. We will discuss the impact of Austin’s BRT lines and mobile ticketing for bus commuters. Along the way to the Market District (home to Whole Food’s Flagship store) we will discuss book, pay, and access features coming to alternative modes and even try out mobile unlock for B-Cycle. We will end in a discussion of Austin’s new Amsterdam-style bike track on Third Street and discuss ways in which mobile applications can play a role in enticing commuters to shift modes. 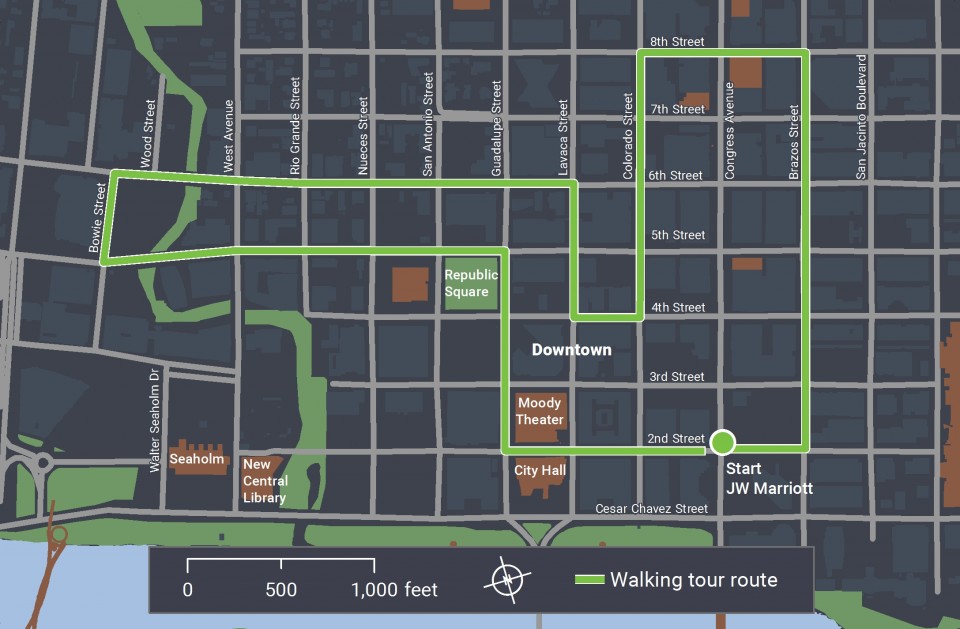