With sunshine 360 days a year, Phoenix is a bicyclist’s paradise. The City of Phoenix has more than 600 miles of dedicated on and off-street bike lanes, routes and paths. In addition to on-street bike lanes, Phoenix offers bicycling routes along canals and mountain bike trails within local mountain preserves to give more opportunity for residents to stay active. This urban route will showcase a number of modern bicycle facilities in Phoenix to include: 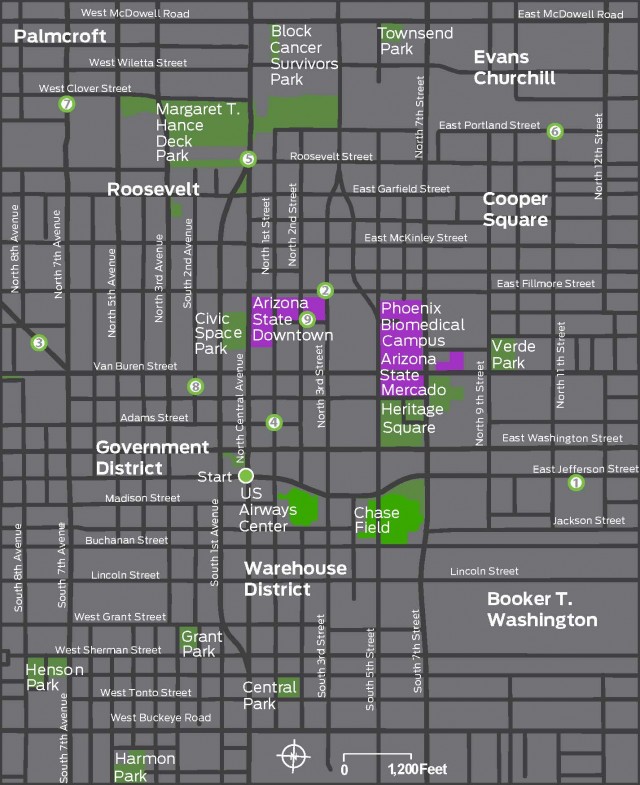