The Legends Entertainment District was opened in 2011 to engage
sports fans and downtown Phoenix visitors and to complement the
newly constructed Light Rail. Highlights of the tour include: 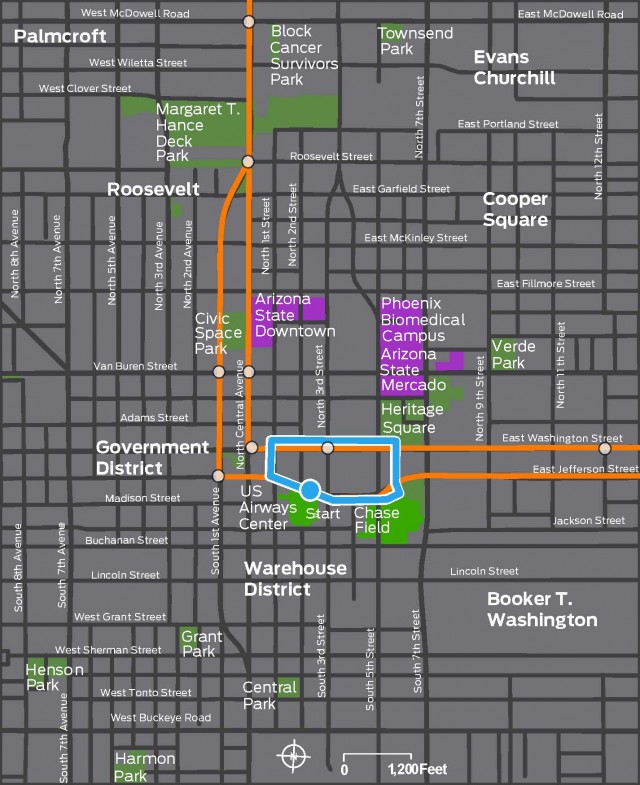