Phoenix is the sixth most populous city in the nation and home to 1.5 million people. With very warm temperatures for 5 months during the summer, Phoenix must make special considerations for pedestrians in the Sonoran Desert. Highlights of this tour include: 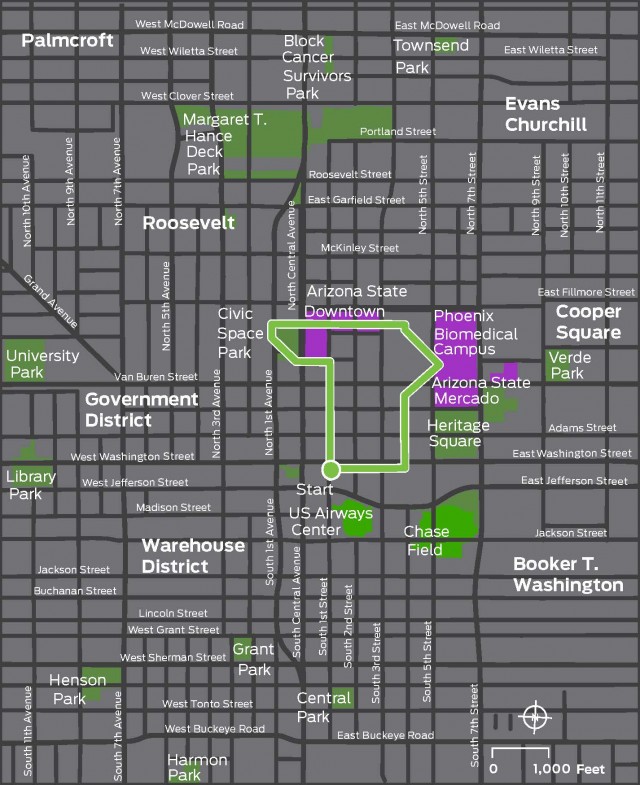