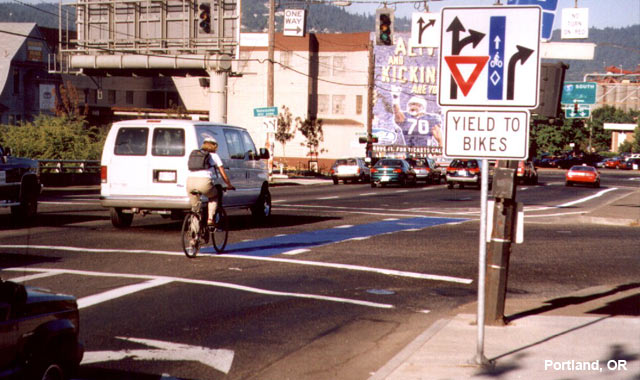 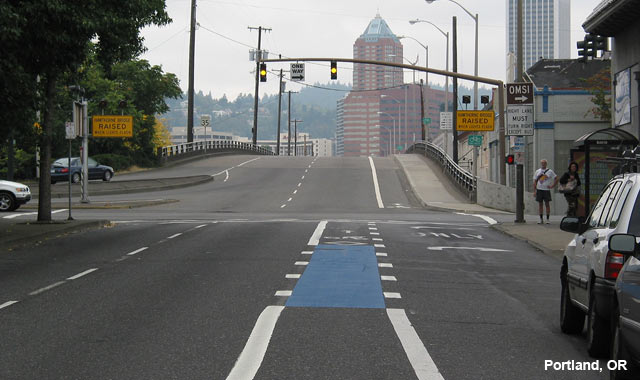 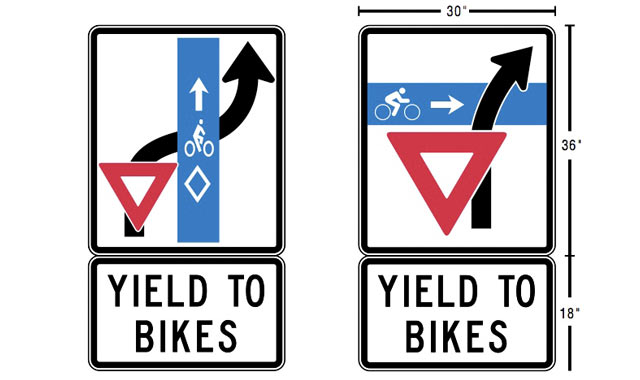 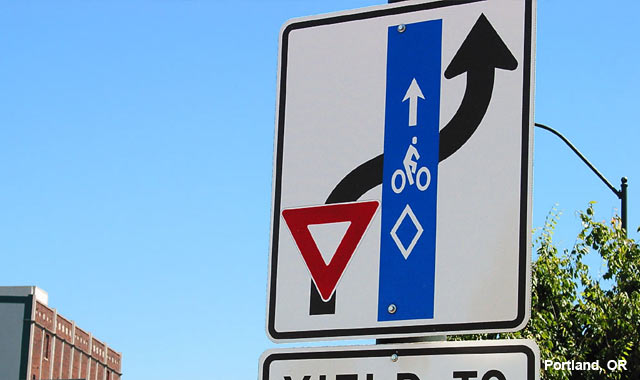 In 1999, the city of Portland, in coordination with the University of North Carolina Highway Safety Research Center, released the results of a comprehensive study investigating the effectiveness of blue paint at enhancing safety and visibility at ten cyclist-motorist conflict intersections. The color blue was selected to avoid confusion with other colors which have significant meanings in traffic situations, such as yellow, red, and green. (Blue, it was noted, is also the color of disabled parking stalls.)

Sites selected each had a significant degree of interaction between bicyclists and motorists, and were grouped into three categories: Exit Ramps, Right Turn Lanes, Entrance Ramps. Color was subsequently applied in several phases to test the durability of different materials. Prominent ‘Yield to Cyclists’ signs were also installed at each intersection to warn motorists of oncoming bicycle traffic. Video data was recorded at each intersection and complemented by field and mail-in surveys of both cyclists and motorists.

The results of the study showed a significant, positive increase in the number of motorists yielding at the intersections (from 72 % to 92%), as well as increased comfort and perception of safety for cyclists at the intersection. Motorists acknowledged the signs and the blue color, and were, in the majority of cases, more likely to permit cyclists to safely pass.