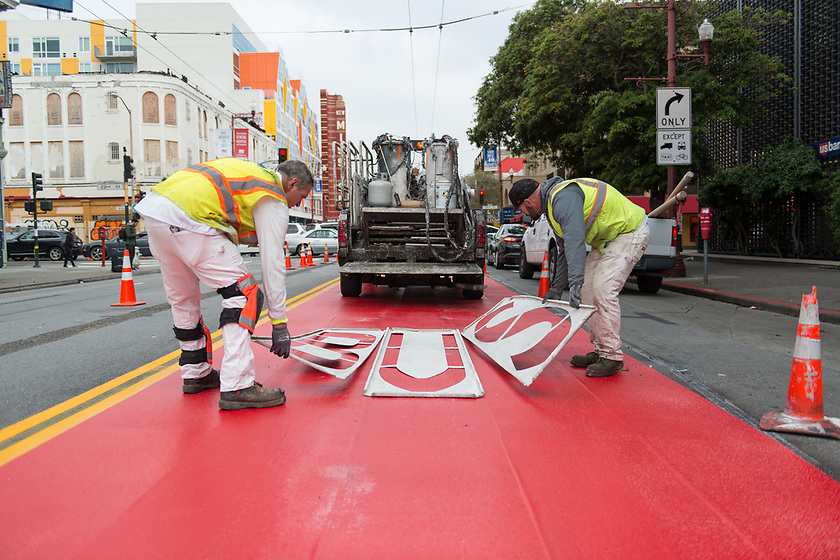 “President Biden’s plan is the most visionary proposal for the nation’s transportation network since the dawn of the interstate highway system,” said Janette Sadik-Khan, NACTO Chair. “Rather than doubling down on building new roads that worsen America’s safety, climate, and equity crises, the Administration is laying the transformational groundwork to rebuild the streets that we have to prioritize people, safety and climate—and going all-in on transit as the first mobility option for America’s future.”

NACTO has long called for funding transportation in a manner that addresses the defining challenges of our time, from climate change to economic injustice to public health and safety. The American Jobs Plan is positioned to do just that through:

“How much we fund infrastructure is half of the equation; what we spend it on is the other,” said Corinne Kisner, Executive Director of NACTO. “The Biden Administration’s plan is a dramatic shift from the business-as-usual approach to transportation funding, and can fundamentally reshape what we get from the streets in our cities and neighborhoods. Realizing this vision will also require removing the many structural impediments to progress, from outdated federal design standards to how funding actually flows to local communities. We’re heartened by the conversation to date and look forward to working closely with the Administration and Congress to make sure the details meet the needs of American cities and people.”

###
About the National Association of City Transportation Officials (NACTO)

NACTO is an association of 89 major North American cities and transit agencies formed to exchange transportation ideas, insights, and practices and cooperatively approach national transportation issues. The organization’s mission is to build cities as places for people, with safe, sustainable, accessible, and equitable transportation choices that support a strong economy and vibrant quality of life. To learn more, visit nacto.org or follow us on Twitter at @NACTO.

Related: See NACTO’s federal policy priorities for a just, sustainable recovery and some of the details we are looking to see in the months ahead