Secretary Pete Buttigieg is scheduled to speak before a hearing of the House Transportation and Infrastructure Committee tomorrow. We are only a few months into the Biden Administration, and Secretary Pete has already been advancing a bold vision on safety, climate, and equity that is well aligned with the needs of US cities and brings necessary attention to core transportation issues and opportunity areas. Truly music to our mission-driven ears.

Thursday’s hearing is set to focus on the Biden Administration’s transportation priorities. With the far-reaching and ambitious thinking coming from the White House–and a number of key legislative agenda items queued up, including the expiration of the FAST Act–we expect to hear Secretary Pete cover a number of important topics.

NACTO is excited about any federal transportation agenda that puts people first and addresses the major challenges facing our country, from projects stretching coast to coast or across your neighborhood corner. But it’s the details we’ll be listening for from Secretary Pete, about the seemingly small-scale changes that would stand to have the biggest impact for American people and cities–with the lowest relative investment.

With that in mind, here are topics we’ll be listening for during Secretary Pete’s House T&I hearing:

A reliable transit system provides affordable, efficient, and sustainable access to jobs, school, services, errands—the connections to opportunity that attract people to cities. Yet, fewer than 10 percent of Americans in urban areas are within walking distance of transit that runs at least once every 15 minutes. For America’s essential workers, riders, and communities, this isn’t good enough.

Reliable, convenient, affordable transit is the cornerstone of equitable climate action. In the wake of the pandemic, we should measure the success and quality of transit using metrics such as person throughput and frequency, rather than ridership alone. In addition, Congress can fundamentally improve lives and make access to high-quality transit a reality for millions of people in this country by: 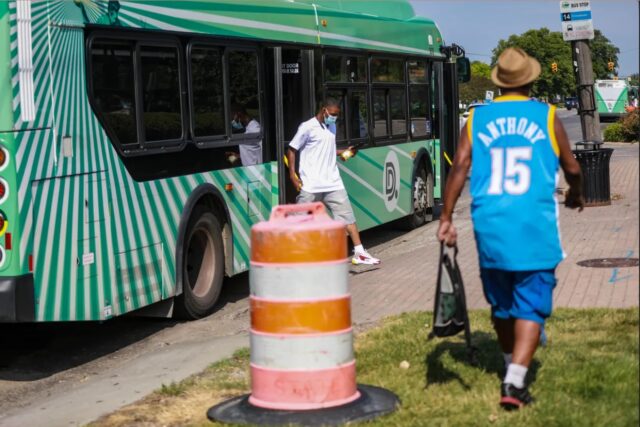 Investing dollars to meet people and needs where they are

It’s an unfortunate truth that many transportation decisions that affect cities are often made without any local input. Outmoded funding pathways mean that project scopes and outcomes for urban areas often do not reflect the needs and desires of local communities. Our hope is that the Biden administration, with a former mayor leading USDOT, will express renewed trust in America’s urban areas.

The smallest-scale projects, like filling critical sidewalk gaps, building missing pieces of a bike lane network, or improving an intersection where buses consistently get stuck in traffic, can often be the most impactful. These are low-cost, high-reward projects that serve city—and federal—goals, but are often delayed by preexisting norms around funding allocation, jurisdiction, and project review. With direct aid and increased decision-making power afforded to cities, local governments would be empowered to develop and implement projects that more directly benefit the residents they serve.

Putting safety and access at the core of every investment

Currently, the federal surface transportation program is structured to meet the goal of moving high volumes of cars at high speeds. This is incompatible with safety, point blank. We need the federal government to center safety, and approach it systematically, in order to realize the vision of more vibrant, connected, and just communities. Here are some ways they can start: 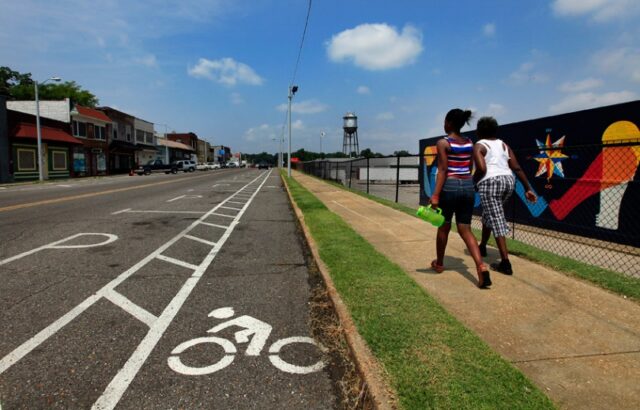 It is past time for the federal government to take a leadership role in helping cities meet requirements established in the Americans with Disabilities Act. Projects to make streets and transit accessible remain unfunded, leaving too many people isolated in their homes. To provide adequate support to help cities and transit agencies build fully accessible systems, Congress should create a federal capital funding program dedicated to accessibility improvements for both transit and roadways. 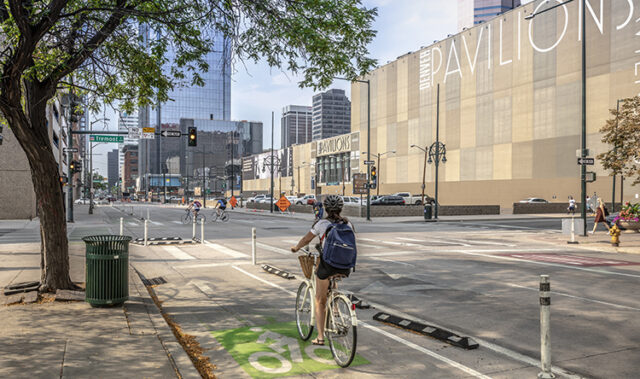 Transportation is the largest share of greenhouse gas emissions in the US, fueling a climate crisis and exacerbating existing inequalities for low-income and communities of color. This is where the other pieces of the progressive transportation puzzle come together — readjusting the federal government’s focus from highways and road widenings to sidewalks, bike lanes, and transit will pay major dividends for the climate.

Infrastructure for transit, biking, and walking is the key to a sustainable future. Don’t get us wrong, electric vehicles will play a role in a lower-carbon future, but they’re still more energy-intensive and less impactful than simple bike, walk, and transit networks. Investing in policies and projects that make these modes safer, more reliable, and more connected are the key to shifting trips to truly sustainable modes.

Whether allocating more funding to transit and Complete Streets, mandating accountability in performance metrics, or extending the same project delivery flexibility afforded to states to local governments, there are the strategies that can support the implementation of multimodal networks and make the difference in encouraging more widespread adoption of climate-friendly transportation.

Despite its dry name, surface transportation reauthorization is deeply important. It determines how America will prioritize investments in transportation for half a decade, a window that could make or break the vision of a livable future. When the current bill expires in September 2021, we have a once-in-five-year opportunity to reframe the transportation conversation in the US.

Secretary Pete has already elevated topics of safety, equity, and climate, and the cornerstone role of transportation in realizing progress on all three fronts; and in many ways, this new Administration is moving forward with many of the items they can tackle in their first 100 days.

Yet Pete can’t do this alone. Congress is the key to passing a reauthorization bill that puts the needs of everyday Americans first. We’ll be listening at the hearing tomorrow to see what Secretary Pete is aiming to emphasize and champion in a new transportation bill, and we’ll equally be listening to how Congress responds. The stakes—and the opportunities for meaningful change—have never been higher. 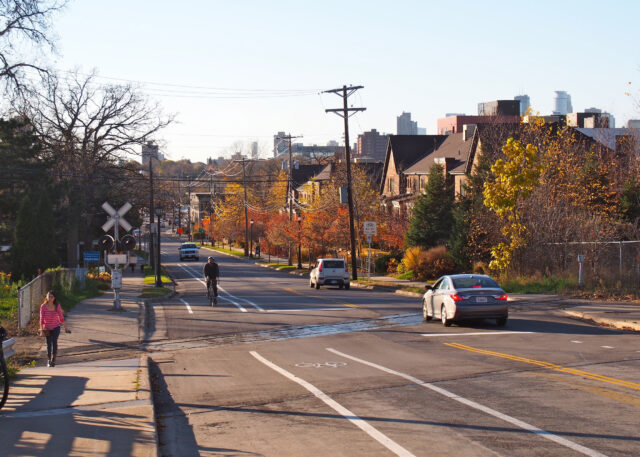