It’s a long, hard road ahead for Secretary Pete Buttigieg and the USDOT cabinet he is expected to lead. The COVID-19 pandemic continues to wreak havoc on the country, endangering local governments, transit agencies, and a precarious economic recovery. Equity, safety, and environmental concerns continue to mount nationwide: pedestrian fatalities are at a 30-year high, disproportionately impacting low-income communities and communities of color, and transportation emissions remain the largest source of US greenhouse gas emissions. Addressing these issues will require a wholesale rethinking of many aspects of how the US sets transportation policy.

Fortunately, if personnel is policy, we’re already seeing a new day in Washington, and if a 86-to-13 vote is anything to judge by, it is a mandate for change.

As many have noted (indeed, with a similar list made by our friends at Transportation for America), The Biden-Harris administration has recruited dozens of inspired picks to set a new course for American mobility, elevating city issues—and city-driven solutions—to the federal level. Many appointees have direct experience exploring the intertwined issues we face and the ways transportation can help unravel them. At a time when cities face so many challenges, yet remain critical sites of innovation, these appointees will bring invaluable expertise and perspectives they can immediately put to work. 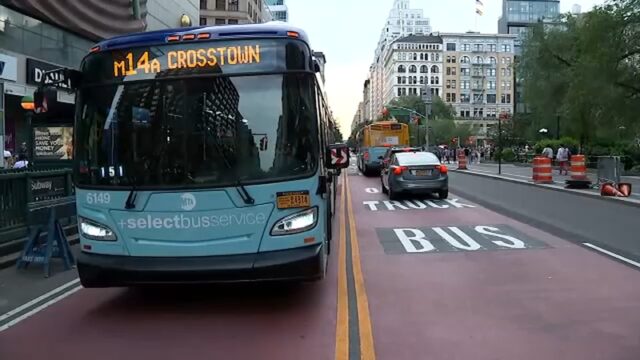 The 14th Street Busway in Manhattan

Some notable names include:

That’s why we’re happy to see such stellar appointments to USDOT. So far, they indicate a thoughtful and deliberate approach from the new administration. These individuals are leaders from cities and transit agencies who have seen success in realizing results for the communities they serve. If their bodies of work indicate the mindset they will bring to the job, then the Biden-Harris administration has made notable, city-focused picks who deserve support and who we can expect to bring a meaningful focus on city issues to the federal level for the first time in decades.

As Transportation for America said, while these appointments bring optimism, “we can’t rest easy: we need to seize this historic opportunity in our fight for transportation that actually connects Americans to the places they need.”

In that spirit, NACTO celebrates announced appointees to the USDOT, while also recognizing positive results are not guaranteed—it will take continued effort to ensure this opportunity is used to to enact policies in support of America’s cities and transit agencies and the communities they serve. NACTO looks forward to partnering with these inspired leaders to set a new course for American mobility and build back better, together.