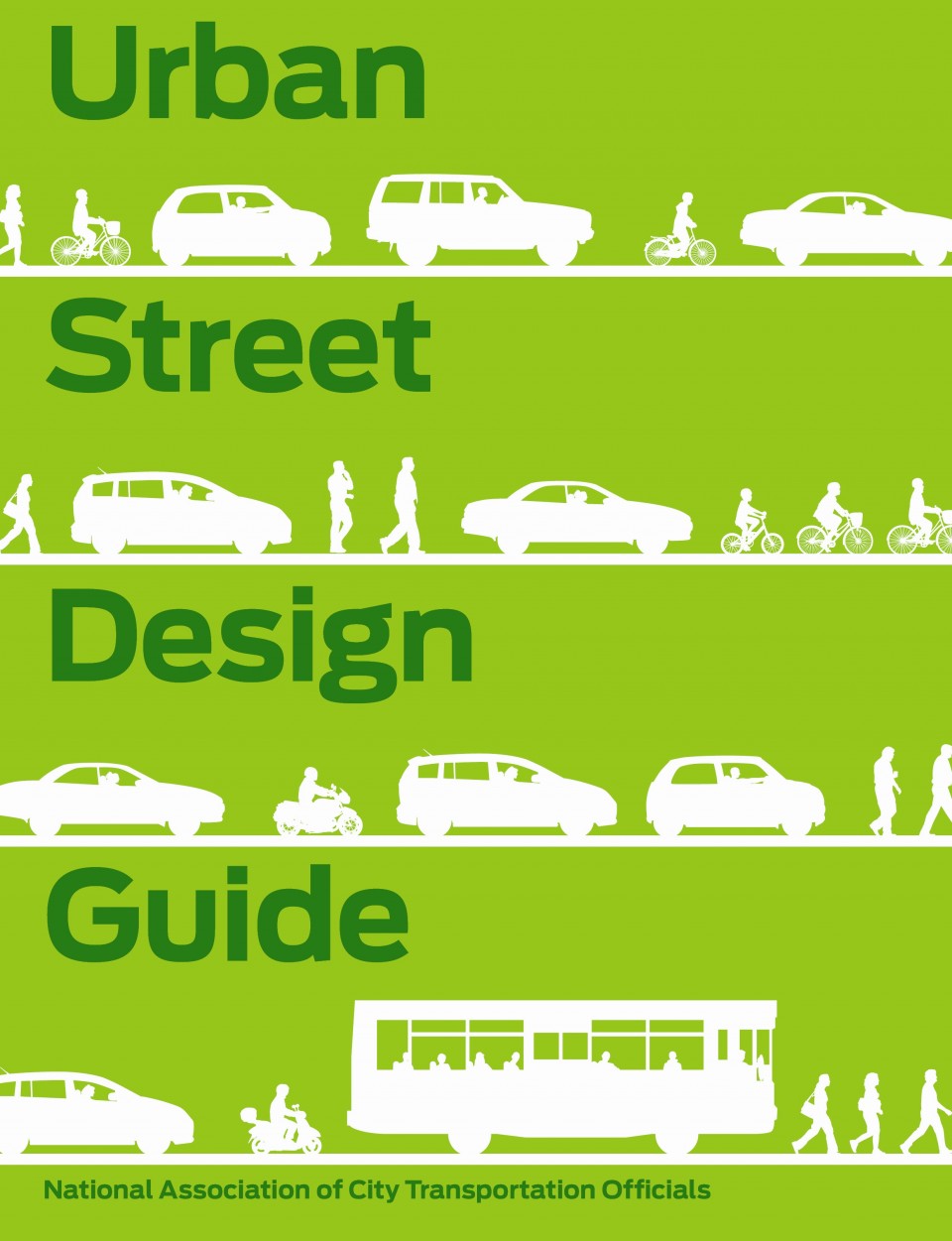 This design guide is part of a growing movement among cities, from New York to San Francisco, and from Chicago to Houston. Together, we’re working to build sustainable streets that will carry us into the 21st Century and create a new DNA for city streets.

As president of the National Association of City Transportation Officials (NACTO), I’ve led a group of cities engaged in creating this new set of standards for city streets. In 2011, we released the first edition of the Urban Bikeway Design Guide, and now we’re releasing the Urban Street Design Guide with a much broader scope. The impulse to write a new guidebook started in individual cities, with over ten major guides written over the last few years, tailored to those individual cities. In New York City, we released a new Street Design Manual in 2009. These publications are already changing the game, pulling away from a bias toward highway designs that simply don’t meet the complex needs of cities.

The Urban Street Design Guide gives an overview of the principles that cities are using to make their streets safe and inviting for people walking, shopping, parking, and driving in an urban context. These principles are about creating real spaces for people on city streets. Economic development is integrally tied into this transformation, since great streets support city businesses. And paramount to all of this is the safety of people, old and young, on our city streets.

Still, transformation can take time, and can be difficult in the built environment of a city. New York City and others have been leading the way to making these changes through a new, faster implementation process. Improvements that use low-cost materials like planters, bollards, and markings can bring enormous benefits in a short period of time. In this guide, for the first time, the recipes for doing these quick implementation projects are laid out for the cities around the country and the world who are clamoring for it.

The Urban Street Design Guide lays out the principles and vision for a new generation of city street design in a dynamic, engaging visual context both online and in print. It is a mirror of the new city street, easy to use and inviting for all.