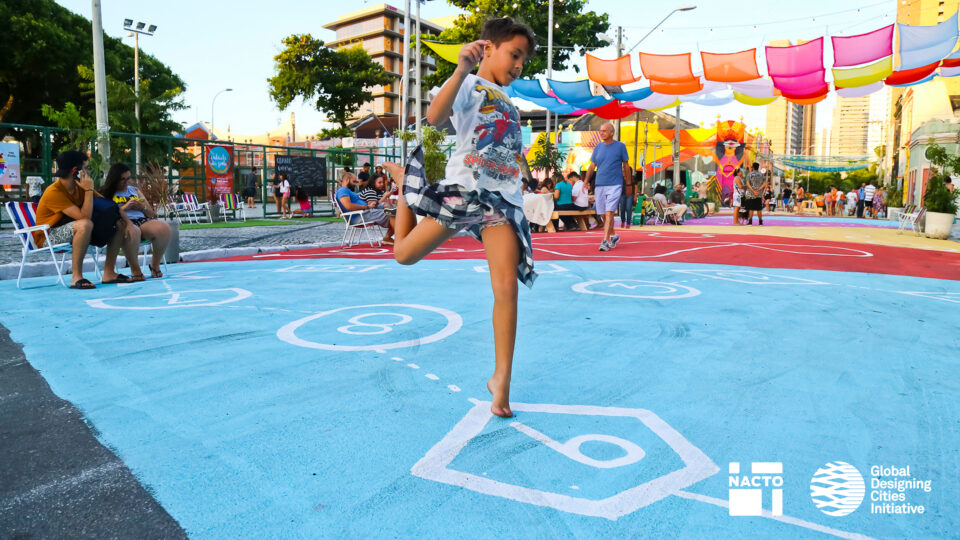 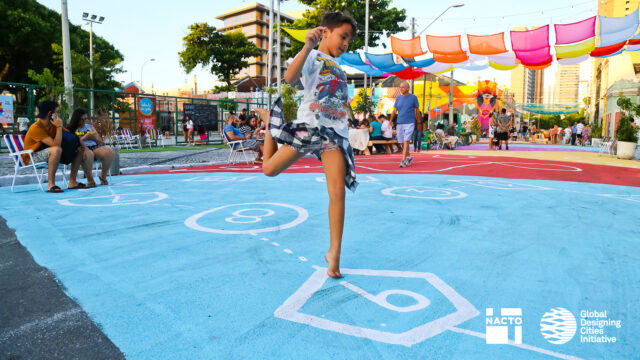 Designing Streets for Kids is a supplement to GDCI’s Global Street Design Guide, which set a new global baseline for designing urban streets. Designing Streets for Kids builds upon the approach of putting people first, with a focus on the specific needs of babies, children, and their caregivers as pedestrians, cyclists, and transit users in urban streets around the world.

Most streets were not built with children in mind, and current street conditions in many places are unwelcoming and unsafe for kids. Traffic crashes kill 1.35 million people every year and they are the leading cause of death for young people ages 5-29. Traffic congestion and vehicle designs can also contribute to dangerously high levels of air pollution, which is responsible for the death of 127,000 children under the age of five each year. Many of these fatalities are preventable, and these numbers can be dramatically reduced through kid-friendly street design.

Offering detailed diagrams and rich graphics, Designing Streets for Kids captures best practices, strategies, programs, and policies used globally by cities from Bogotá to Moscow. The guide pays special attention to street redesigns in key places, such as schools and neighborhood streets, as well as high-traffic areas including commercial streets and intersections. With a dedicated chapter on “How to Make Change Happen,” the guide also shows how to implement and scale-up street redesign plans, highlighting tactics to engage children throughout the planning process—an often-overlooked approach that can dramatically transform how streets are designed and used.

Designing Streets for Kids was produced as part of GDCI’s Streets for Kids program, which aims to inspire leaders, inform practitioners, and empower communities to make cities around the world better for children and their caregivers. GDCI was incubated by NACTO and is now an independent initiative. 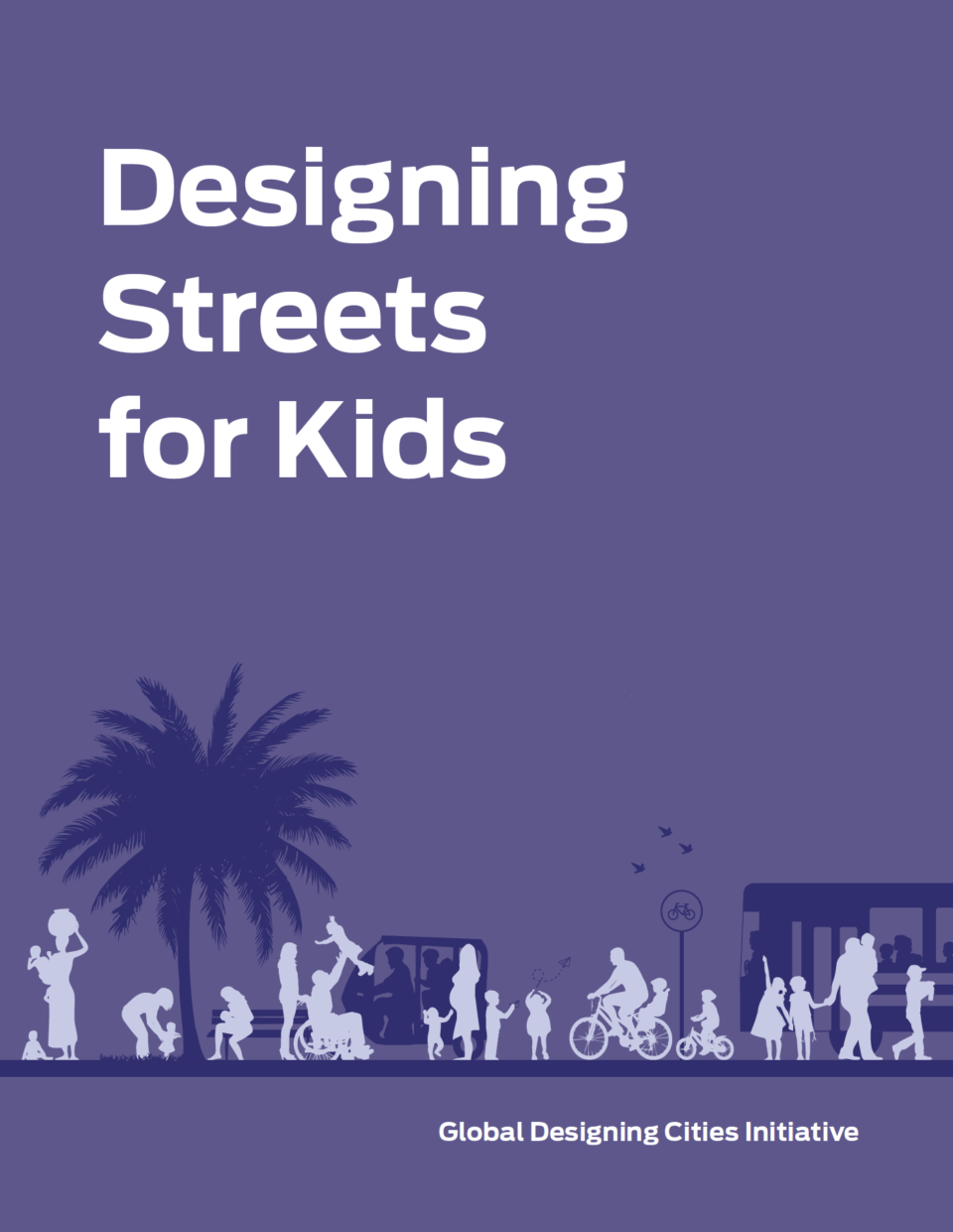 When designing streets for children, improved and independent mobility and quality public space should be the fundamental goals and outcomes. Ensure that a city’s physical infrastructure, policies, programs, and overall priorities align with core principles to shape streets that are safe and healthy, comfortable and convenient, and inspirational and educational.

Children, caregivers, and others should have efficient and sustainable choices to move around their cities more reliably and predictably, with less waiting time.

Children and young adults benefit from independent mobility, with autonomy to walk, cycle, and take transit, and they should feel safe using streets. Caregivers should be able to be independent when moving with young children.

Acknowledging streets as public spaces can ensure they are not only places to move through, but spaces to pause and spend time. For children and caregivers, streets can provide opportunities for outdoor play, inspiration, personal development, and interpersonal connections. 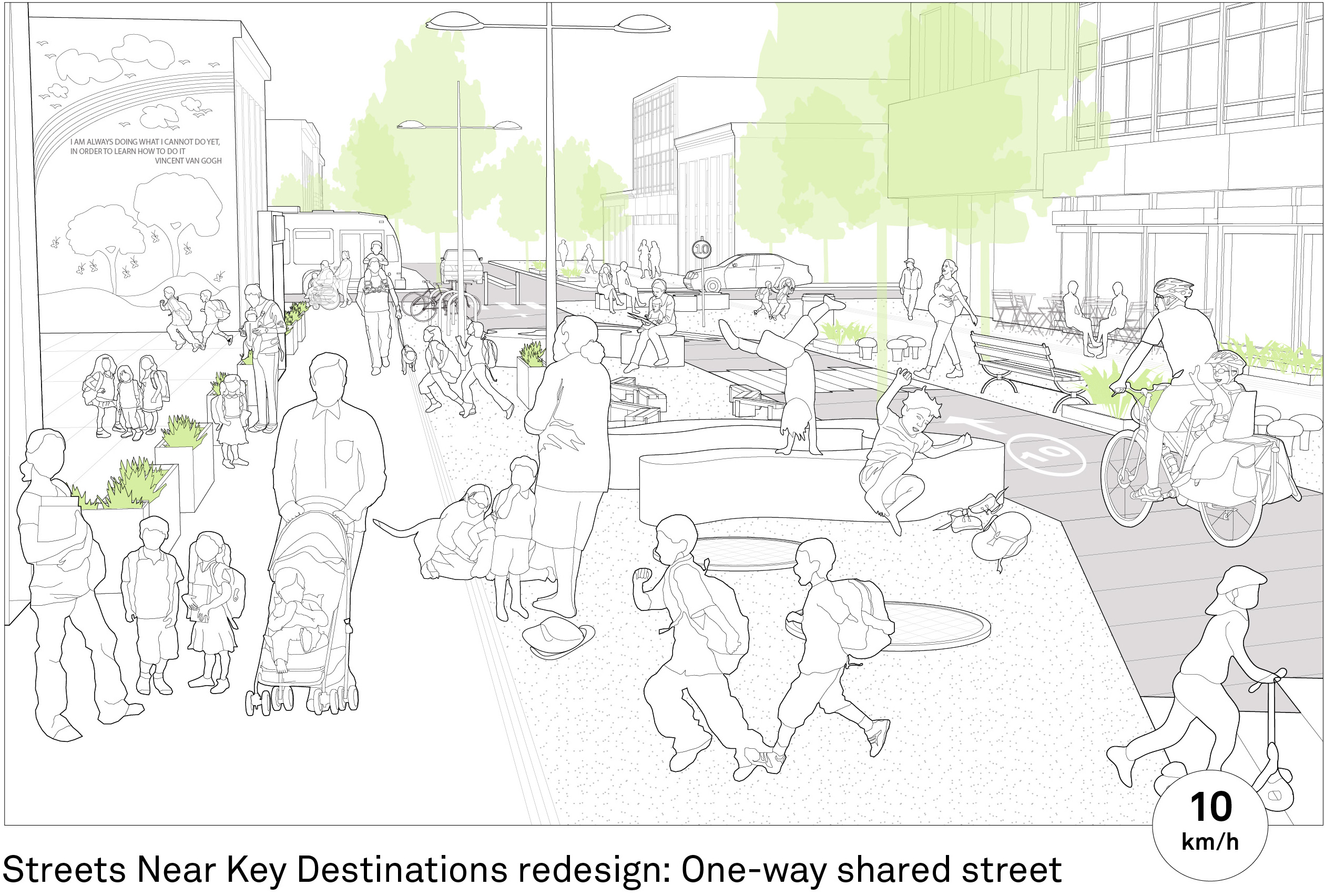 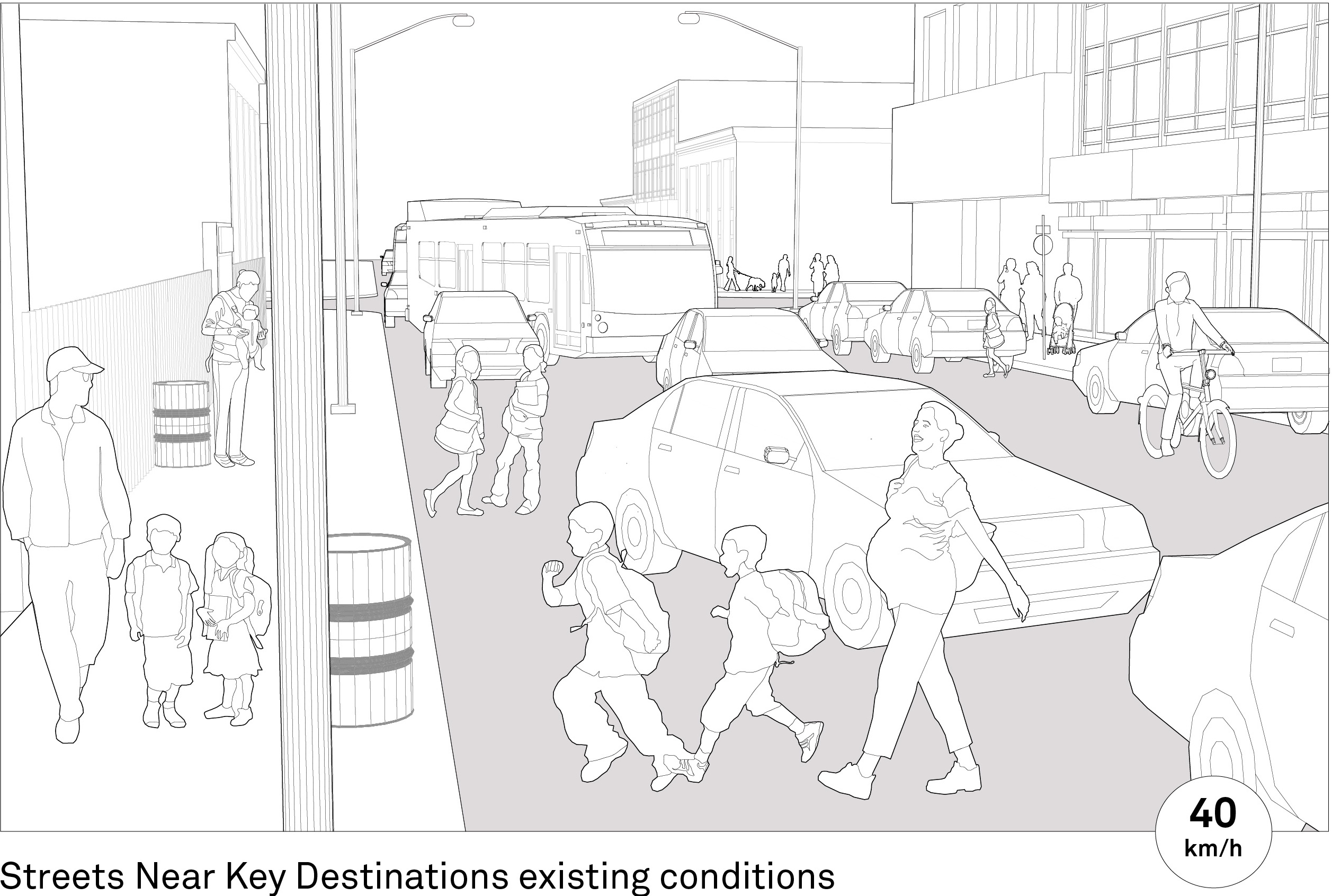