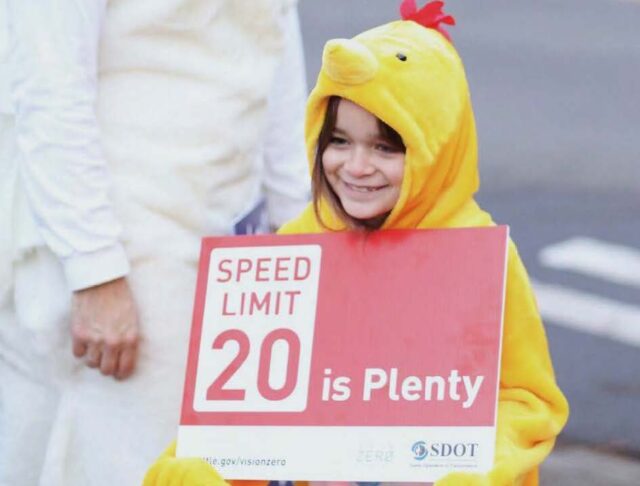 Slow zones are specifically designated areas with slower speeds than otherwise similar streets in the same jurisdiction. Neighborhood-scale or site-specific zones are useful for addressing high-priority areas such as areas with elevated collision rates or sensitive land uses such as schools or parks. Cities should create slow zones based on their own location-specific needs, but several types of slow zones are relatively common. 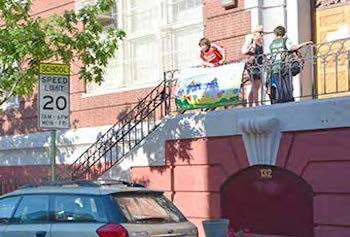 School, park, and senior area slow zones, as well as slow zones in other sensitive environments, encourage slow speeds in areas with a high concentration of people who are at special risk on the street. In these zones, speeds on major streets may be set as low as 15 mph. Time-of-day school speed limits can be used when the school is an uncharacteristically sensitive place compared with the rest of the street (e.g., a 15 mph limit is appropriate near a school on a major street that would otherwise default to 25 mph). 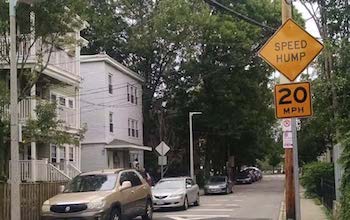 Neighborhood slow zones and district speed zones are implemented at a neighborhood-wide or district-wide scale. Sometimes these are also called Safety Zones or Neighborhood 20 mph Zones. The recommended maximum speed limit for these zones is 20 mph, and they are often accompanied by either vertical traffic calming elements or specific markings. 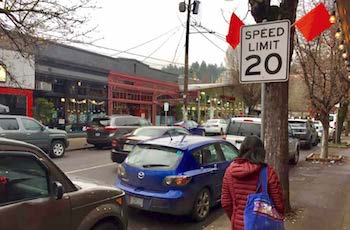 Downtown slow zones or safety zones are a form of district speed zones in high density downtown areas or neighborhood downtowns where conflict is normal and should be expected, even on major streets. The recommended maximum speed limit for these zones is 20 mph.