Communicating speed limit changes to the public is essential to a successful speed management program. Communications campaigns should begin well before implementation begins and continue after changes are in place. These campaigns serve a dual purpose, reminding the public about the policy rationale for reducing speeds— reducing traffic fatalities—while also preparing residents for the changes they will see on their streets.

Communications campaigns around speed limit changes should always link speed reductions with safety, constantly reminding the public, elected officials, and the media that reducing speed limits is a critical tool for reducing traffic deaths. Many effective campaigns focus on the people who are harmed by excessive speed, putting faces to the numbers. Others focus on reminding drivers that even small changes in their speed can increase the probability of surviving a crash.

Cities should be relentless and creative when spreading the word about speed limit changes. Examples include: TV, radio, and online ads, billboards, bus shelters, mailings, cross-promotional campaigns with local sports teams, news stories, and op-eds. Free promotional materials such as buttons, stickers, and yard signs can extend the reach of an educational campaign beyond traditional media channels and outlets. For example, Portland, Seattle, Minneapolis, and others have distributed “20 is Plenty” yard signs as part of an education campaign about new 20 mph speed limits on residential streets.

City transportation departments should also look to incorporate speed reduction information into other city-issued collateral, including materials distributed by other agencies. For example, prior to reducing the citywide speed limit, New York City DOT added messaging about the new 25 mph limit to the backs of all municipal parking meter receipts.

Finally, community and advocacy partners are essential to successful campaigns. In New York, Families for Safe Streets, a group made up of the families and survivors of traffic crashes, regularly met with city and state-level lawmakers and was instrumental in pushing the NY State legislature to pass legislation authorizing a lower citywide speed limit. 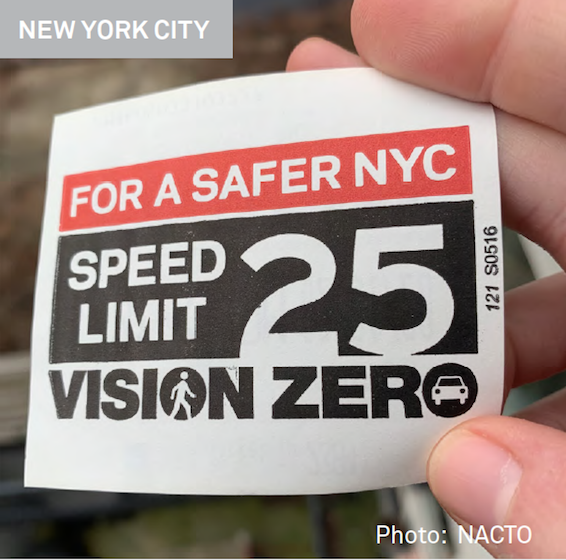 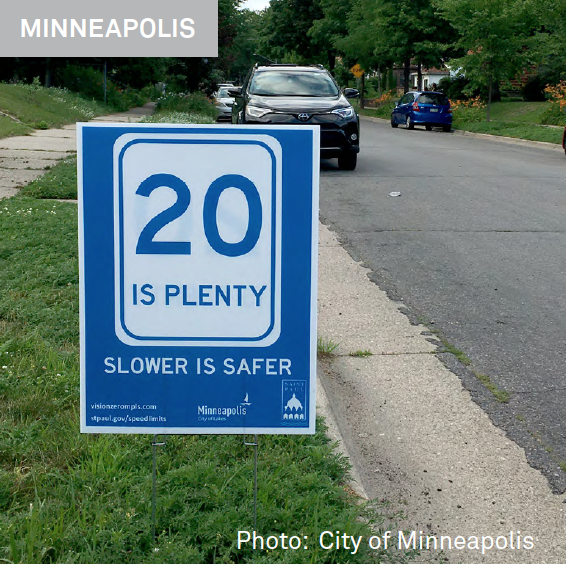