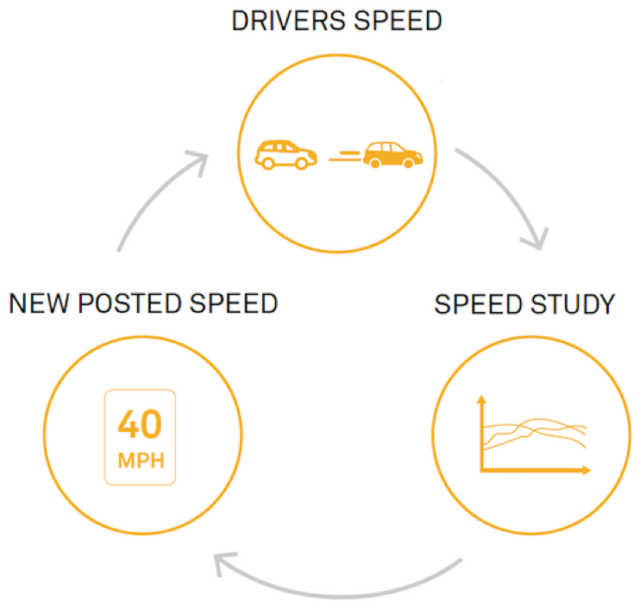 Current speed limit setting practice in the US uses a percentile-based method, typically set at the 85th percentile, to determine speeds. Traffic engineers record how fast vehicles are traveling on a road, determine the speed that 85 percent of drivers are traveling at or below, then set the new speed limit by rounding from that speed to the nearest 5 mph increment. Traffic engineers who use the 85th percentile method are instructed to raise the speed limit when more than 15% of drivers are driving faster than posted signs. This method forces engineers to adjust speed limits to match observed driver behavior instead of bringing driver behavior in line with safety goals and the law. When it comes to safety, this method is designed to fail.

Two issues are at play. First, percentile-based models are designed to respond to extremes. When enough people drive faster than the set percentile, the model rewards them by instructing traffic engineers to increase the posted speed.

Second, people decide how fast to drive based on both the street’s design and cues such as the posted speed and other drivers’ speeds. Researchers originally recommended using the 85th percentile approach to determine posted speeds, assuming that drivers always travel at reasonable speeds. But a growing body of research shows that drivers base their decisions at least partially on the posted speed limit. When they see higher posted limits, and see the resulting increased speed of their peers, they drive faster too, which results in an increased speed of the street overall. 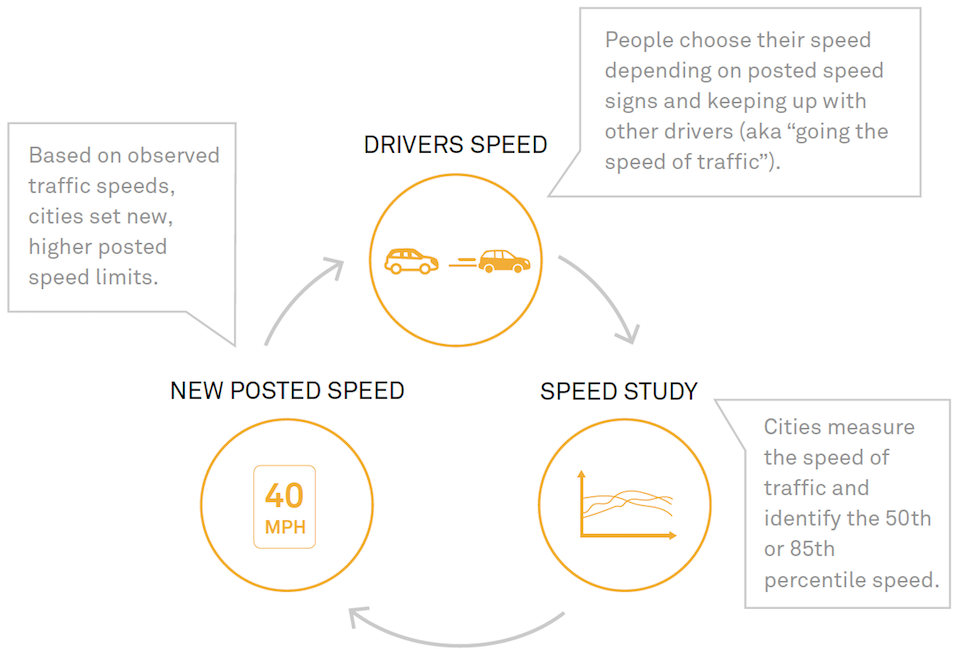 Posting higher speed limits does not increase compliance with the law. Even when higher speed limit signs are posted, some number of people will still choose to drive 5-15 mph faster than the posted limit. These “high-end” speeders travel even faster as speed limits rise and typically spread out over a wider range of speeds. This can increase the likelihood of crashes because people are traveling at increasingly different speeds, and increases the likelihood that crashes will be fatal because they occur at higher speeds. 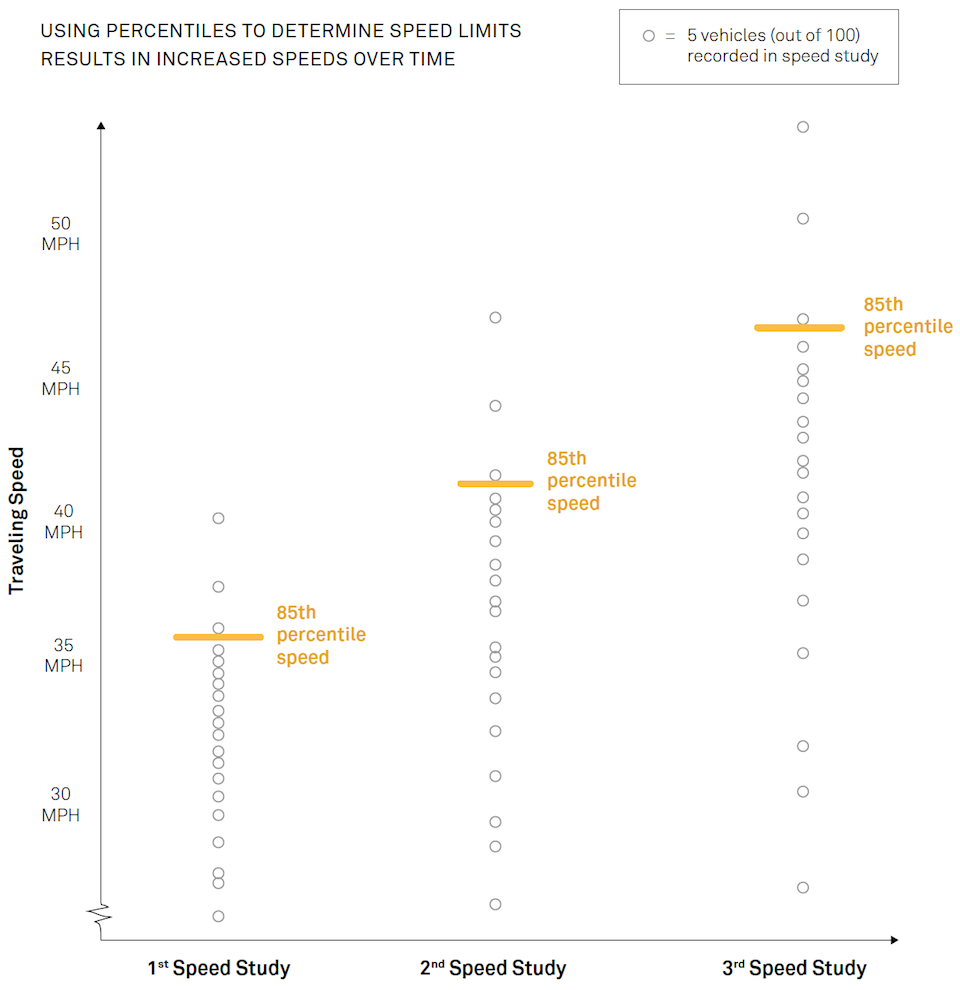 In cities and other urban contexts, percentile-based speed limit setting methods are particularly dangerous because they are based on outdated research that is inapplicable in urban settings. The 1940s-era research supporting the 85th percentile relied on self-reported crash data and was conducted on two-lane rural highways, devoid of multimodal activity. But these historic roads are a far cry from the vibrant streets and arterials that typify city streets today. In particular, rural roads and highways lack the type or volume of conflicts found in cities, such as people crossing the street, and people biking, walking, or rolling at a variety of speeds. They also lack driveways, loading, parking, and double-parking.

Los Angeles’ experience with Zelzah Avenue provides a telling example of the dangers of percentile-based speed limit setting. In 2009, Los Angeles conducted a traffic speed study and raised the speed limit on Zelzah Avenue from 35 mph to 40 mph. In 2018, the city again studied existing traffic speeds, and again raised the speed limit, this time to 45 mph. While other additional factors may also have played a role in speeds inching up over time, absent any design or land use changes, the increase suggests that the 85th percentile operating speed can shift over time in accordance with the posted speed limit. Notably, this time period in LA corresponded to a 92 percent increase in pedestrian fatalities.

The most commonly cited alternative for the 85th percentile is USLIMITS2, an online tool developed by the Federal Highway Administration that incorporates other factors when determining speed limits. USLIMITS2 is a step forward in that it allows practitioners to also consider the street’s most exposed users. However, it still relies on the 85th or, more commonly in urban areas, the 50th percentile operating speed, which is often still much higher than is safe. Relying on a percentile-based system focused on current driver behavior, rather than a defined safety target to set speed limits, significantly limits cities’ ability to reduce traffic deaths.

The research supporting the use of the 85th percentile method was conducted on rural, two-lane highways.

But streets in cities are full of people walking, biking, using transit, and driving all in close proximity. The 85th percentile method for setting speed limits has never accounted for these types of conditions.