The National Association of City Transportation Officials produces design guidance to broaden and advance the practice of urban transportation planning in North America. Written by and for cities, NACTO’s design guides center around building streets that safely accommodate all road users, including people traveling on foot, bike, and on transit.

NACTO’s street design guides are the first national-level guidance focused on the unique needs of urban areas and the many users of our streets, outlining city-approved engineering techniques to build streets as public spaces that are safer for all road users.

Since the Urban Bikeway Design Guide was first published in 2011, and the Urban Street Design Guide in 2013, NACTO and its contributing member cities have set a new bar for transportation design in North America. Hundreds of cities across the globe now rely on NACTO’s street design guidance to build safe, comfortable urban streets that accommodate all road users.

These publications are peer-reviewed graphic and technical resources for roadway designs that prioritize the movement of people–rather than vehicles–and serve as a reference point and proof of concept for city transportation departments looking to change the status quo on their streets. 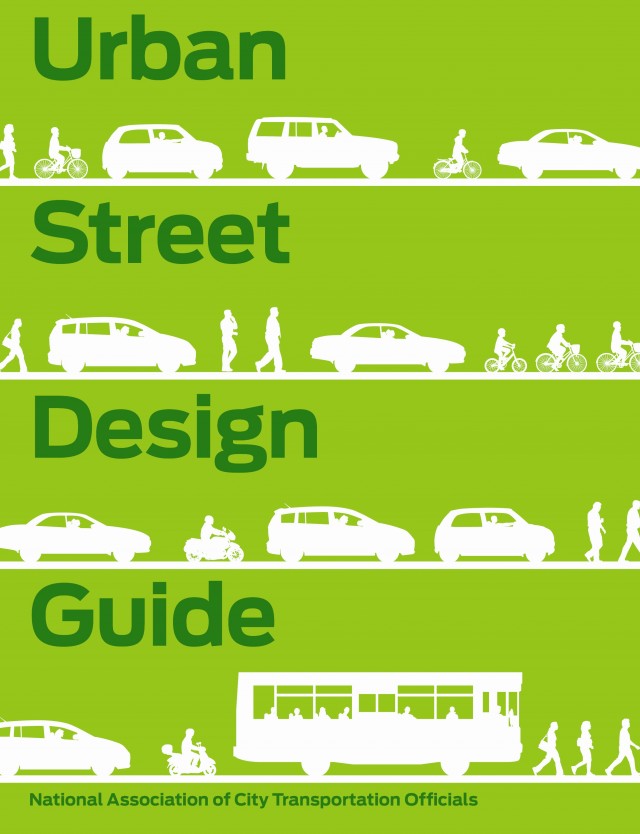 Streets comprise more than 80% of public space in cities, but they often fail to provide their surrounding communities with a space where people can safely walk, bicycle, drive, take transit, and socialize. Cities are leading the movement to redesign and... 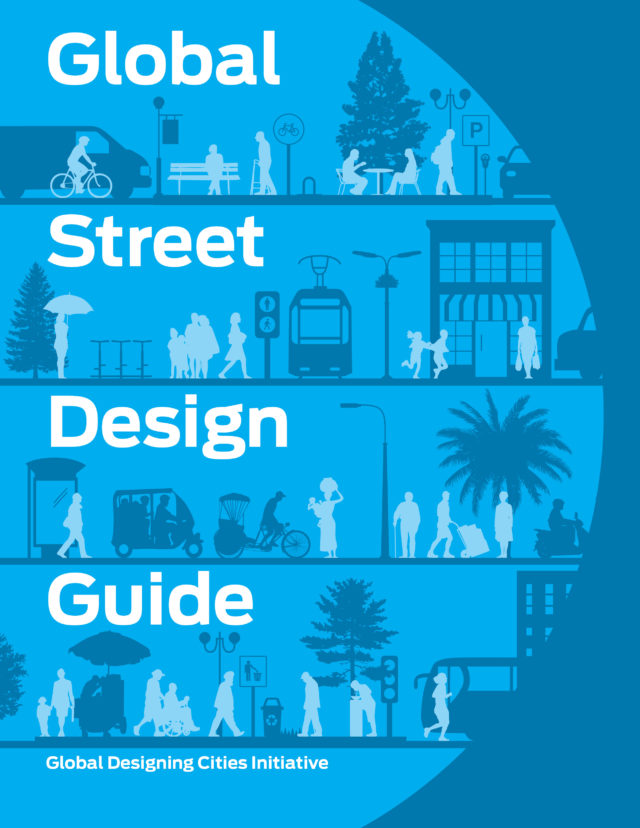 The Global Street Design Guide set a global baseline for designing streets and public spaces, redefining the role of streets in a rapidly urbanizing world and broadening the measure of success of urban streets to include access, safety and mobility... 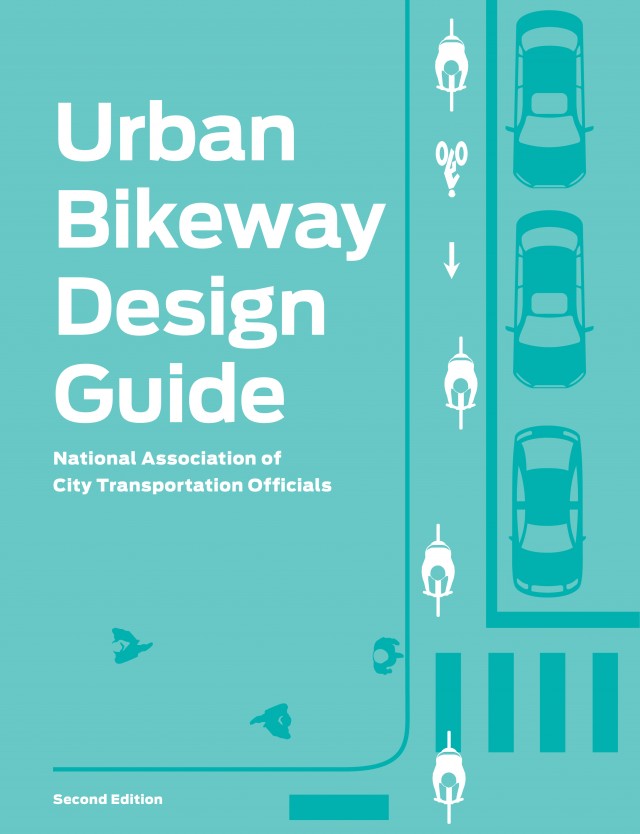 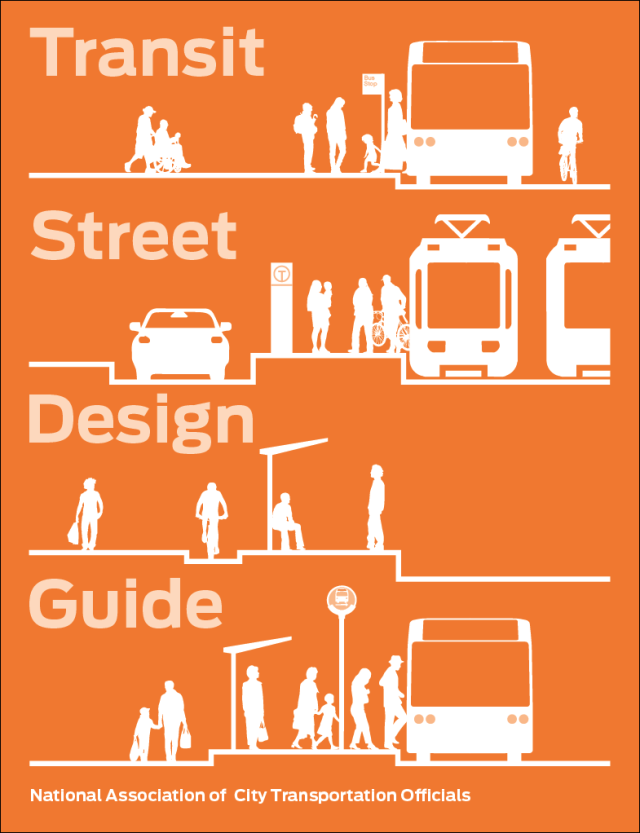 The Transit Street Design Guide provides design guidance for the development of transit facilities on city streets, and for the design and engineering of city streets to prioritize transit, improve transit service quality, and support other goals related to transit... 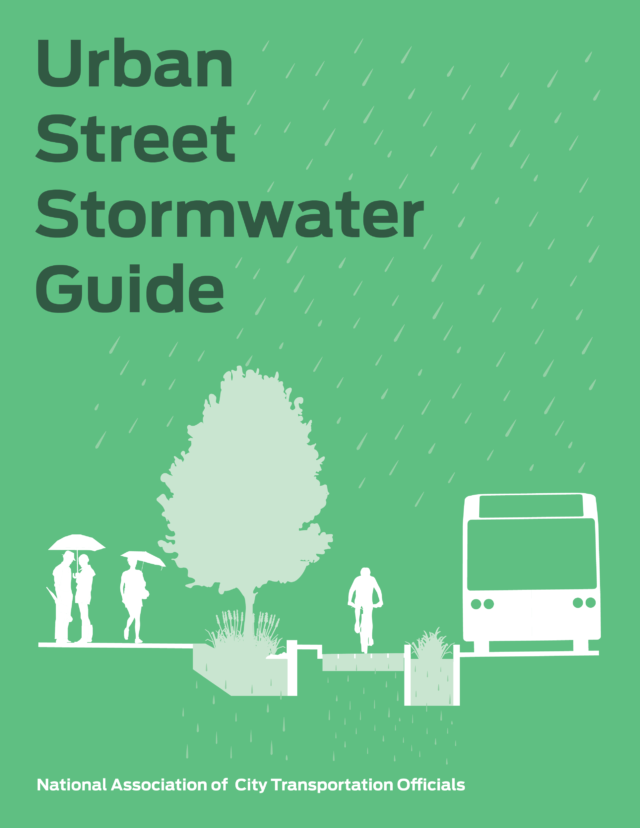 The Urban Street Stormwater Guide illustrates a vision of how cities can utilize one of their best assets—streets—to address resiliency and climate change while creating public spaces that are truly public, and nurturing streets that deliver social and economic value... 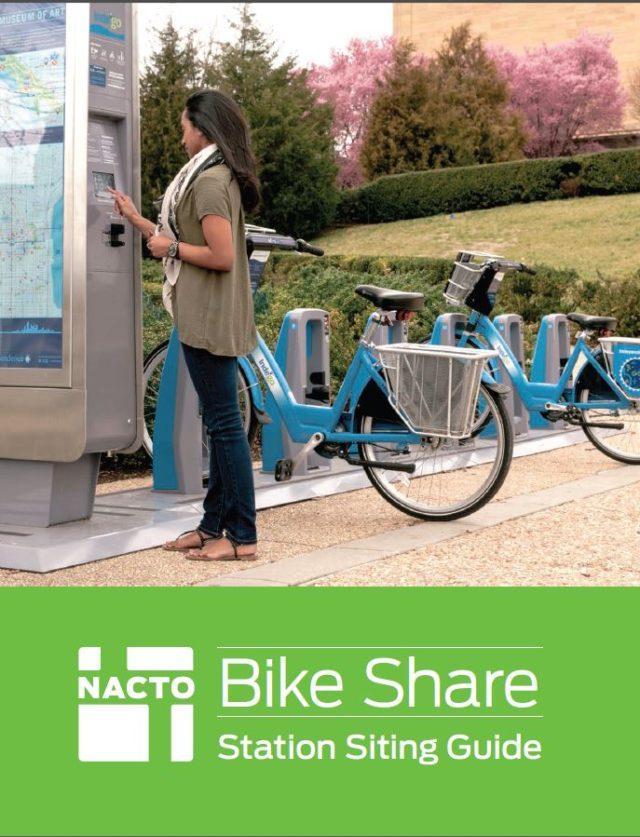 Bike share can improve the pedestrian experience, help reduce traffic fatalities, and reduce inequity in cities’ transportation networks. To support cities across the country working towards all of these goals, NACTO has released the NACTO Bike Share Siting Guide, which highlights...