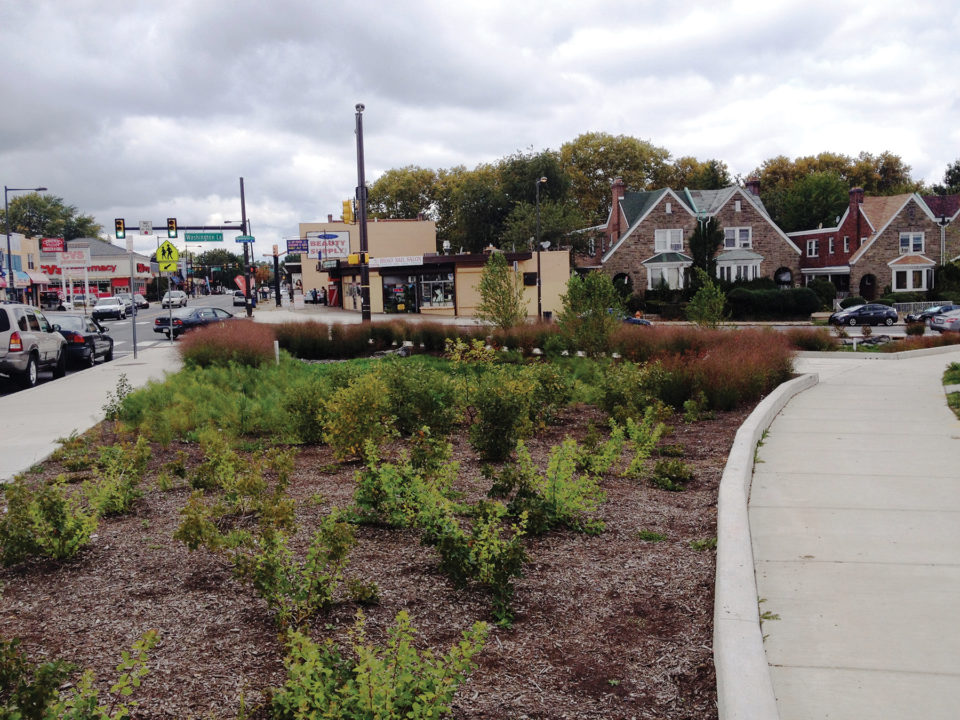 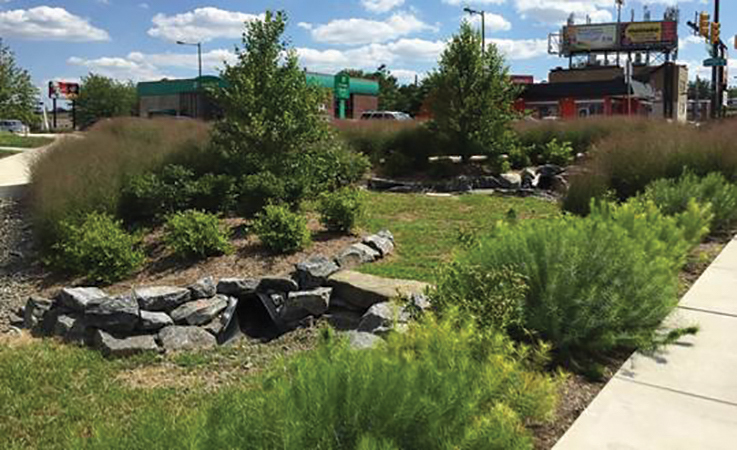 Stenton Avenue is a major thoroughfare travelling through Northwest Philadelphia. In 2013, the Streets Department began construction of corridor-wide signal re-timing and other safety investments. The Streets Department approached the Water Department early in the design phase about the opportunity to add green infrastructure at select intersections, pairing stormwater management with geometric changes to improve traffic safety.

The Water Department developed a rain garden to fit within the Streets Department’s proposal to remove a slip lane at Stenton Avenue and East Washington Lane. Working with local community groups, the final project incorporated a small plaza area on this major intersection, bringing both green and pedestrian amenities to this corridor.

The slip lane, which previously enabled right turns at speed from Stenton Avenue onto East Washington Lane, was closed and filled in with new rain gardens and sidewalk space. In addition to reducing vehicle speeds at the right turn with the tighter turn radius, the reconfiguration straightened the walking path for pedestrians crossing East Washington Lane and shortened the crossing distance. The slip lane closure also removed a conflict point between  the Northbound bike lane and merging motor vehicle traffic from Stenton Avenue, improving safe conditions for all users. 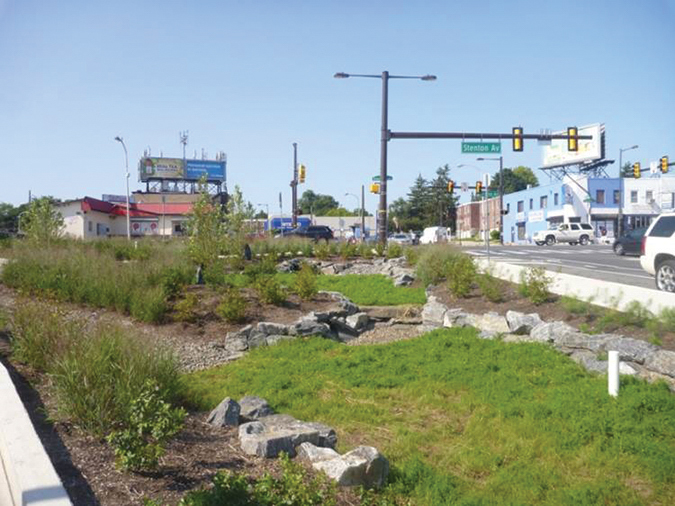 The three rain gardens, which are constructed with graded sides and a large infiltration area, store and clean stormwater runoff while improving pedestrian environment. Each of the bioretention cells is 18 inches deep. A trench drain conveys water from the right-of-way to the rain gardens with stone storage below each garden, each separated by a different trench drain.

A pedestrian path was constructed bisecting the Stenton Avenue-facing rain garden from the two rain gardens along Washington Lane, providing a direct pathway from the storefronts at the corner to the intersection crossings. The path has a raised curb to provide a detectable edge for pedestrians, while the edges along the street sides are planted with low shrubs to provide a soft barrier between pedestrians and the bioretention space.

An overflow control structure manages excess stormwater at the connection to the sewer system.

After demonstrating successful implementation at this location, the Philadelphia Water and Streets Departments have leveraged this collaboration to repurpose right-of-way space in multiple other projects, including squaring a large intersection corner Trenton Avenue & Norris Street, and working alongside other partners to incorporate stormwater management systems into a high-quality bicycle and pedestrian facility on the Penn Street Trail (shown below). 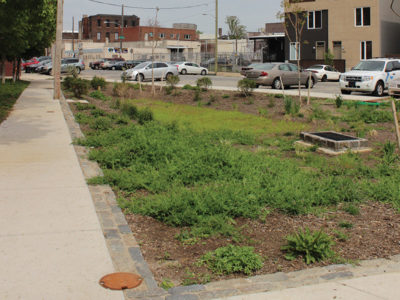 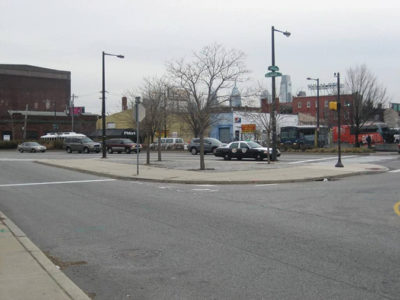 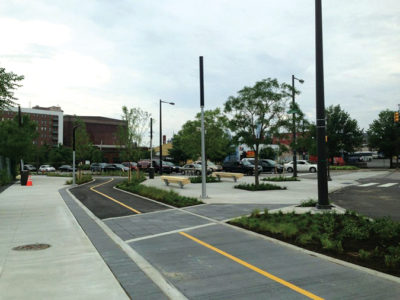