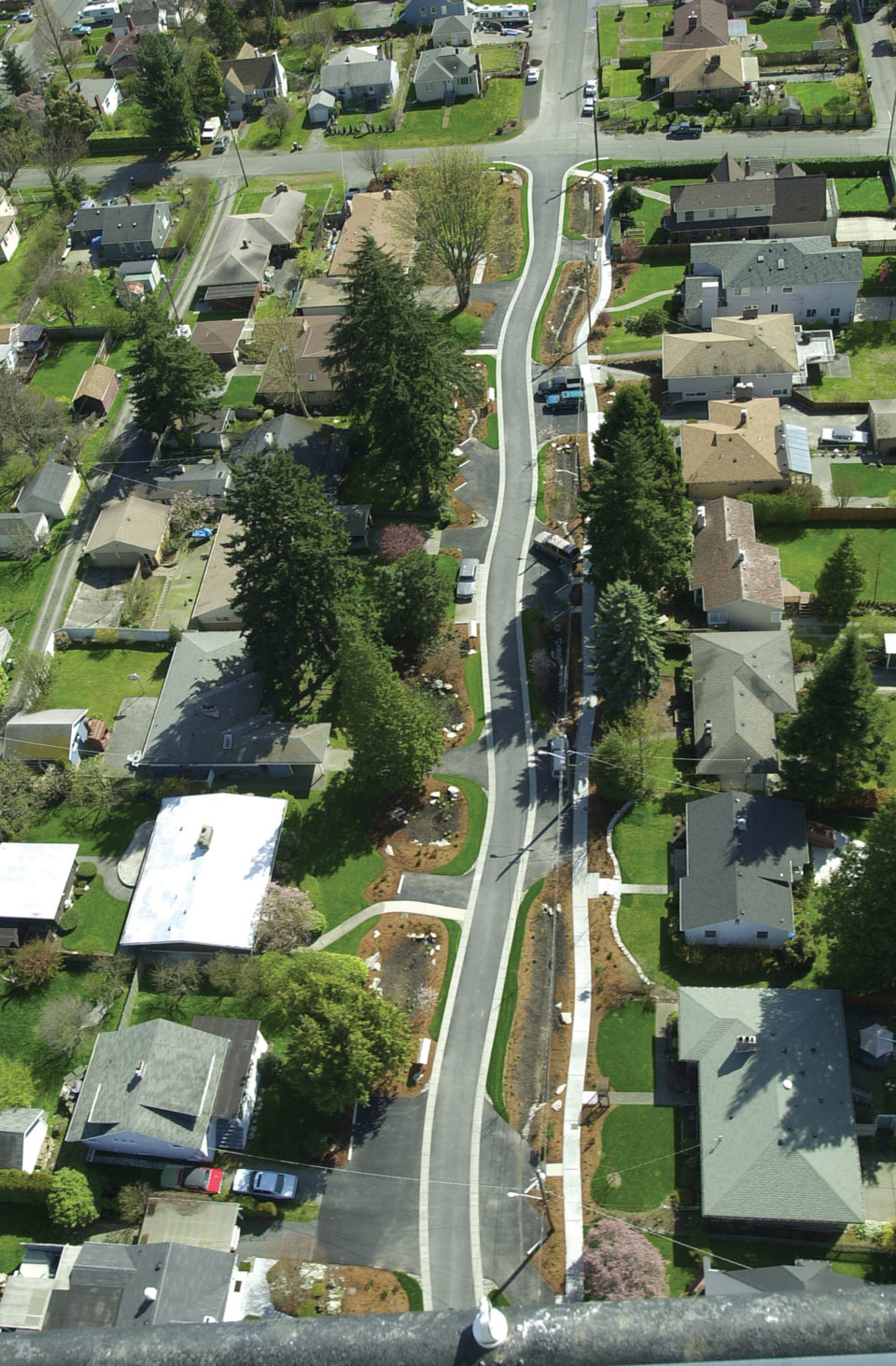 Environmental preservation: Reduce the flooding and pollution impacts of stormwater runoff on streams inhabited by salmon.

Seattle Public Utilities (SPU) fully reconstructed the street and drainage system on two blocks of 2nd Avenue NW to restore pre-development drainage that mimics the natural landscape. The project, located in the Piper’s Creek watershed, aimed to mitigate the high flows and poor water quality that conventional gray infrastructure would discharge to Piper’s Creek, a waterway that drains directly into Puget Sound, the second-largest estuary in the country.

SPU worked collaboratively with residents to develop the final design, which successfully incorporated a number of green infrastructure techniques and provided a functional and livable community block.

The project area’s 25-foot-wide impervious road was redesigned into a 14-foot-wide curvilinear street, calming traffic and providing space for bioretention cells on both sides of the street.

The bioretention cells collectively achieve a detention volume of 2,500 cubic feet, and also allow for significant infiltration, which results in almost no stormwater runoff coming off the project block. The swales include 3 flow control structures with an 0.5 inch orifice at the outlet to reduce maintenance concerns; all flow control structures also include sumps to reduce the potential for clogging of the orifices. Some cells include an impermeable liner to prevent seepage into neighboring residences. 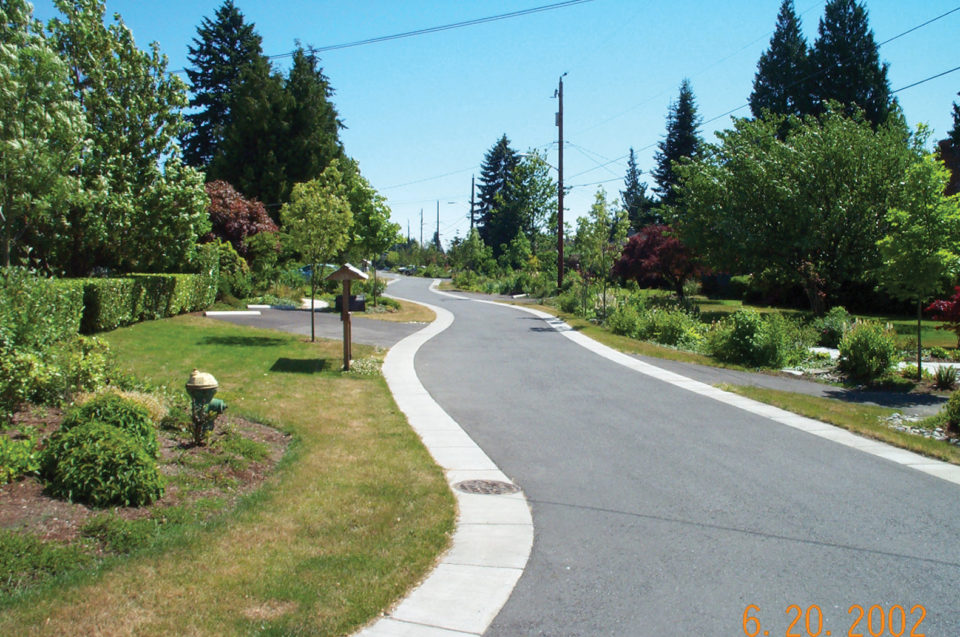 “Flat curbs” on both sides of the street provide additional space for emergency vehicle access without encouraging cut-through traffic on the residential street.

Rethink traditional approaches. Systems mimicking the natural environment can be as effective, or more effective, than a traditional curb and gutter system, and should especially be considered in less developed areas installing new infrastructure.

Work with residents. Right-of-way needed to be reframed for residents who believed space was permanently earmarked for parking private vehicles, and who often landscaped the public area.

Collaboration. Approach the project with a comprehensive, interdepartmental project team.

Compared with a conventional curb and gutter system, the project reduced the volume of stormwater runoff by 99%.

Impervious surfaces were reduced by 11% compared with a conventional street.

While originally anticipated to attenuate up to 0.75 inches of rain, monitoring has shown the ability to attenuate substantially larger amounts.