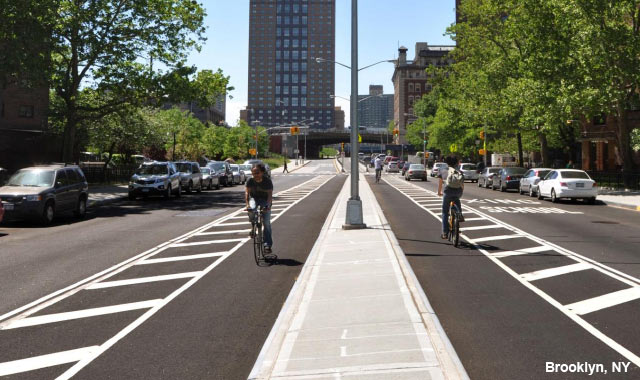 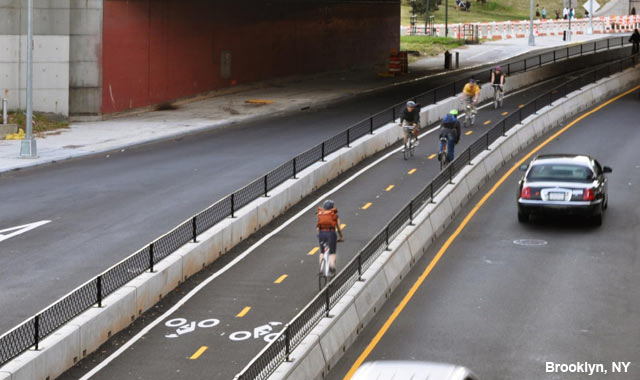 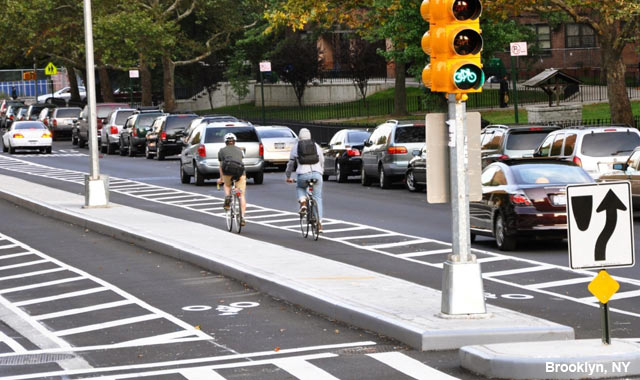 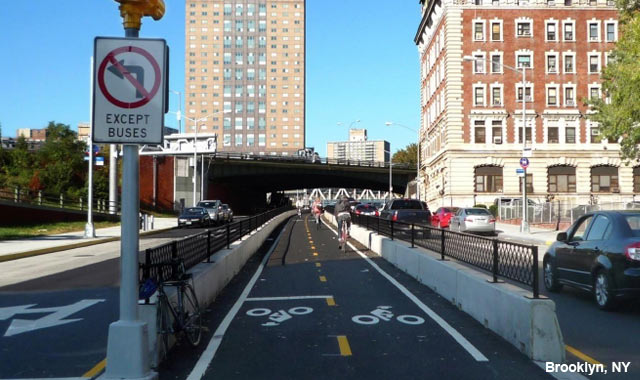 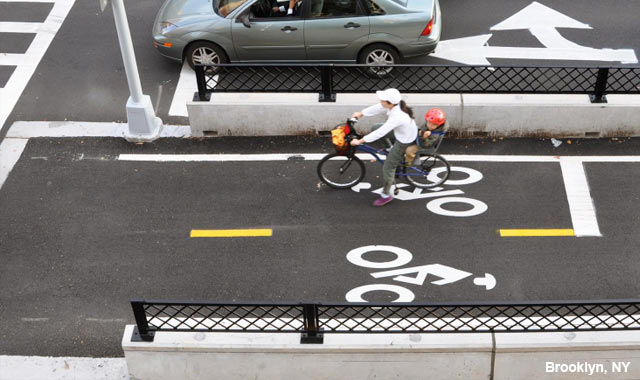 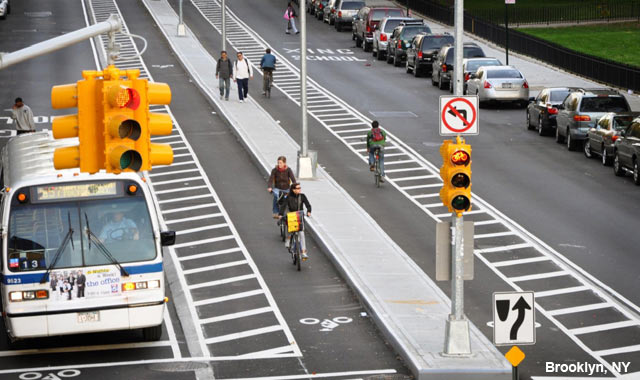 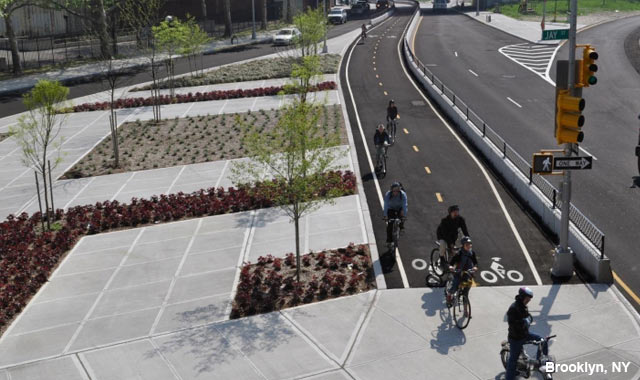 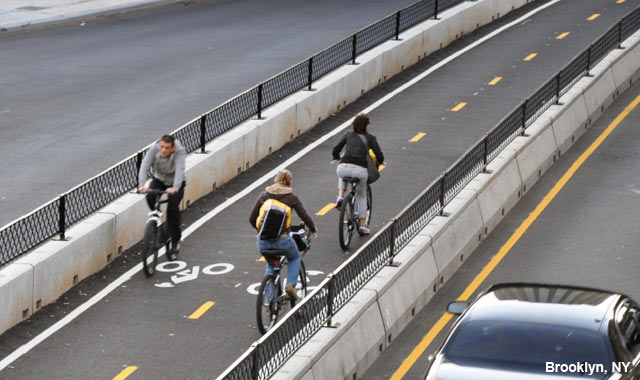 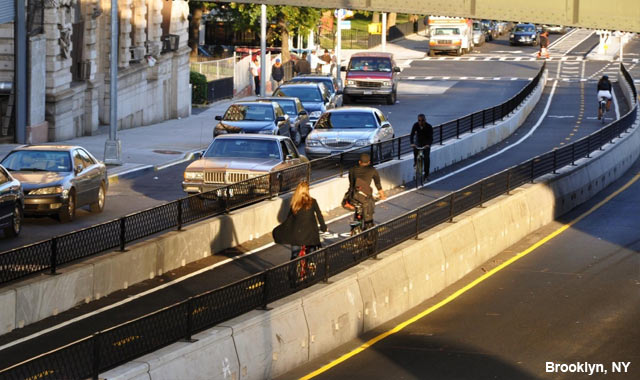 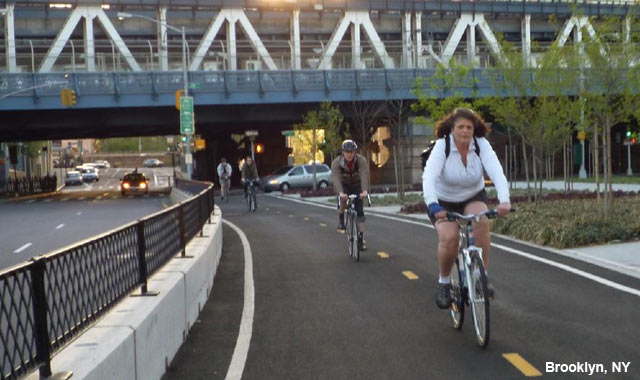 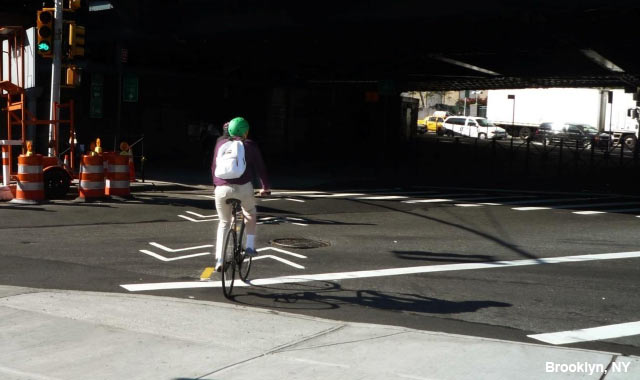 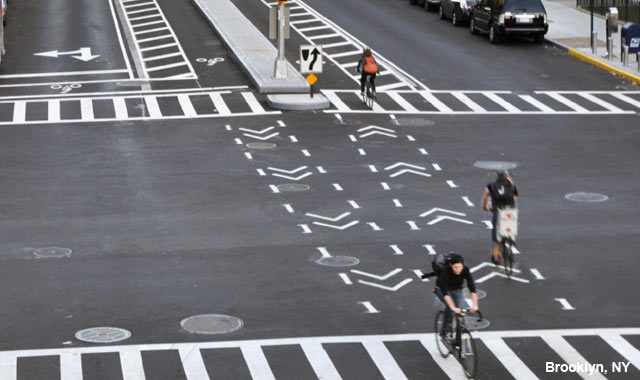 The Sands St. two-way raised cycle track in Brooklyn, NY was constructed to provide a safe, protected route for cyclists connecting to the Manhattan Bridge and the planned Brooklyn Waterfront Greenway. Following the re-opening of the Manhattan Bridge north path to bicycle traffic in 2004, the percentage of bicyclists using Sands St. as a connector to access the bridge increased heavily, rising from ten to forty percent. The design of the Sands St. bikeway was formulated by observing of the behavior of cyclists along this street. Many cyclists had used the center line to negotiate high-speed traffic exiting and entering the on/off ramps to the Manhattan Bridge. The two-way cycle track, running a third of a mile between Navy Street and the Manhattan Bridge entrance, facilitates a safe and easy passage onto the Manhattan Bridge. It uses two treatments- a raised, mountable four-inch curb with a concrete center median separating two-way bicycle traffic, and a two-way combined track separated by concrete barriers.  Where the cycle track meets the roadway, it tapers to street grade to ease merging maneuvers. The bikeway is 11’ wide to allow snow-plowing and street-sweeping maintenance. The project included the installation of a bicycle overhead signal and chevron markings at the intersection to guide the transition from a combined two-way cycle track to a median-separated raised bikeway. Dangerous and illegal left turns from westbound Sands Street to the westbound BQE on-ramp are blocked by the cycle track.