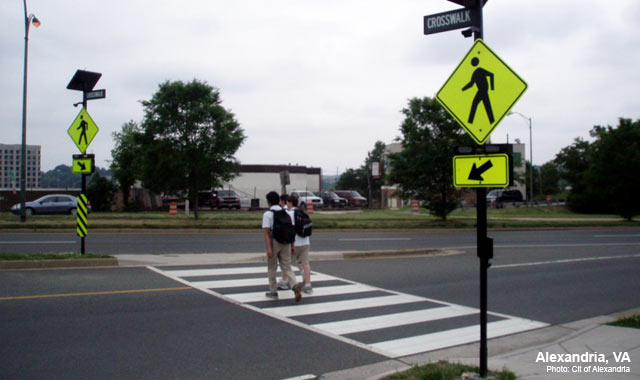 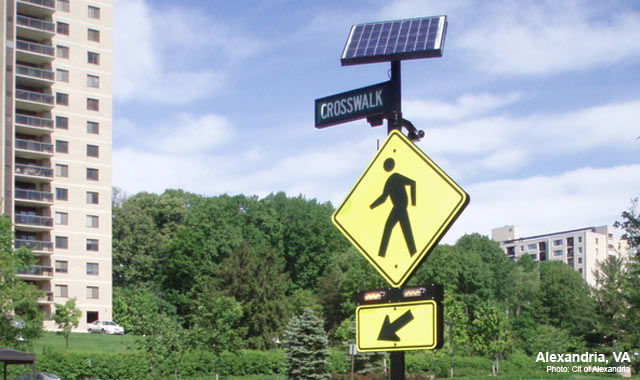 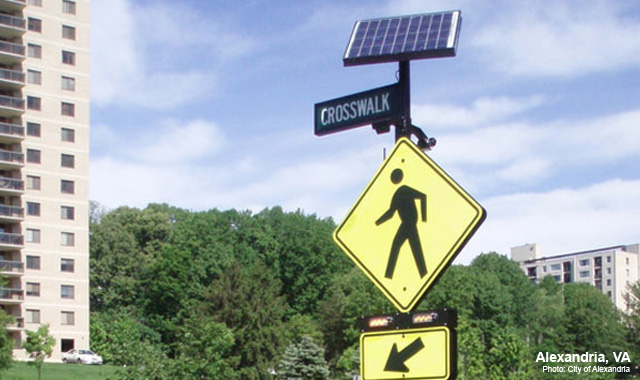 As part of its 2008 Pedestrian and Bicycle Mobility Plan, the city of Alexandria, Virginia installed rapid flash beacons (RFB) at four intersection crossings in December 2009. The beacons were placed at unsignalized intersections with more than 25/pedestrians per hour (during peak hour) and usually near transit nodes or activity centers. Intersections were selected on the basis of community demands for safety improvement and at locations in need of additional reinforcement for a preexisting Yield sign.

Beacons were placed at the following locations, with brief descriptions of their traffic conditions following:

1.       201 Yoakum Parkway (between Edsall Road and Stevenson Avenue): Heavily-used transit stops are located on both sides of this four-lane roadway between multi-family housing units.

2.       Duke Street at Telegraph Road: The sidewalk on the north side of Duke Street between West Taylor Run and Roberts Lane is heavily used by pedestrians headed to-and-from Old Town, Patent and Trademark Office (PTO) and the King Street Metro.

4.       Mount Vernon Ave. at Kennedy Street: A developer contributed $16,000 toward installation as part of the Mount Vernon Commons development.

The effort was coordinated with the Police department to ensure enforcement at the crossing and paid for by the Department of Transportation and Environmental Services. The cost was $25,000 per beacon, not including labor and installation costs, and $91,000 for assembly and installation.