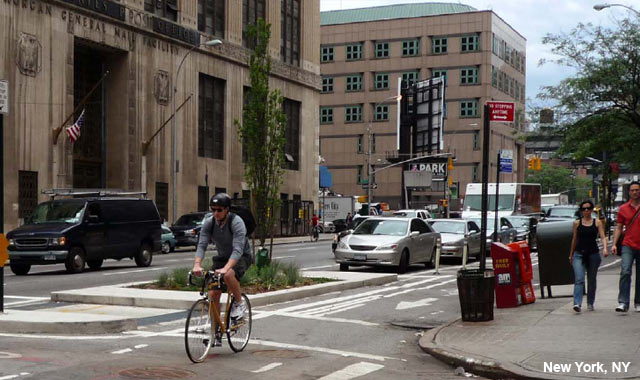 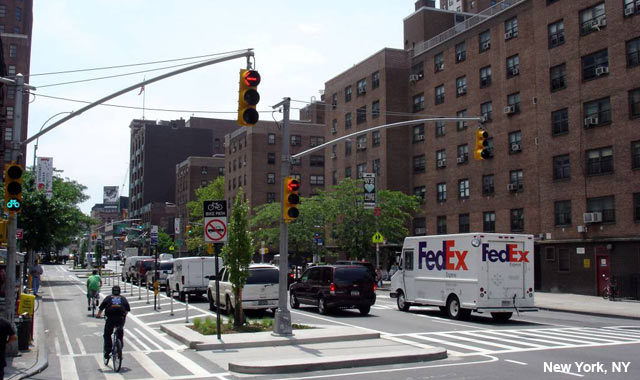 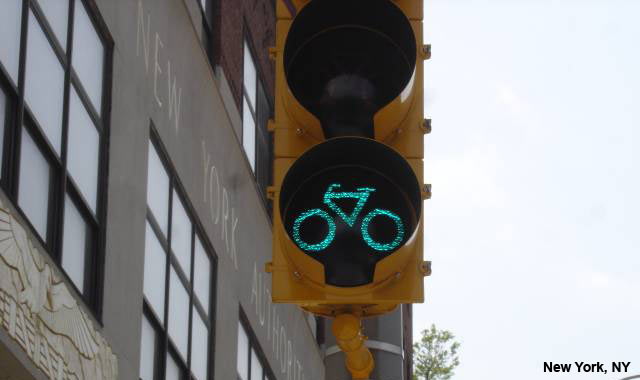 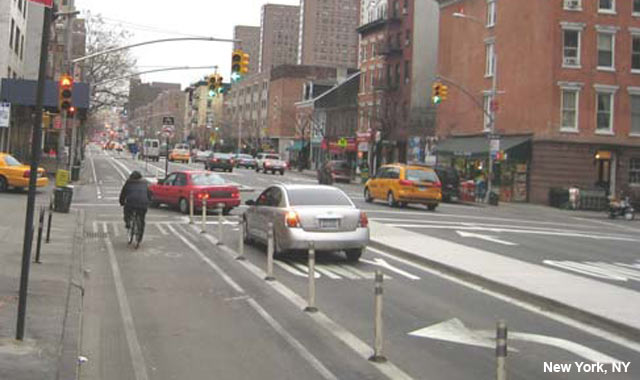 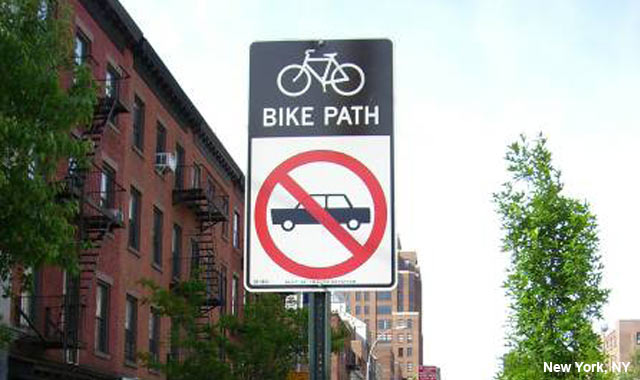 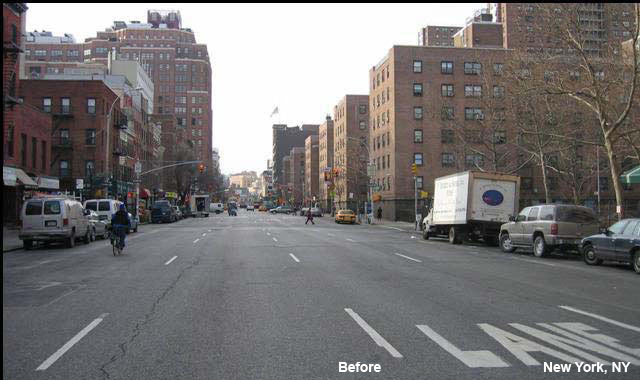 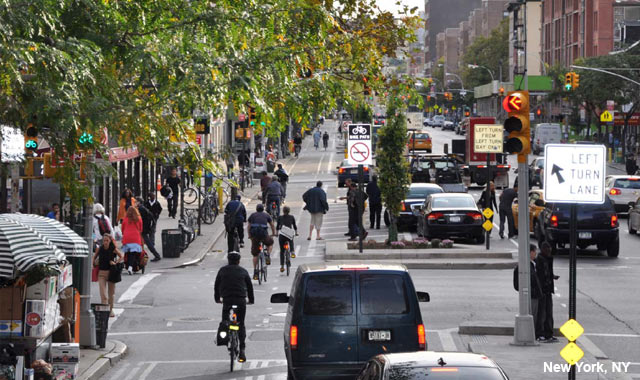 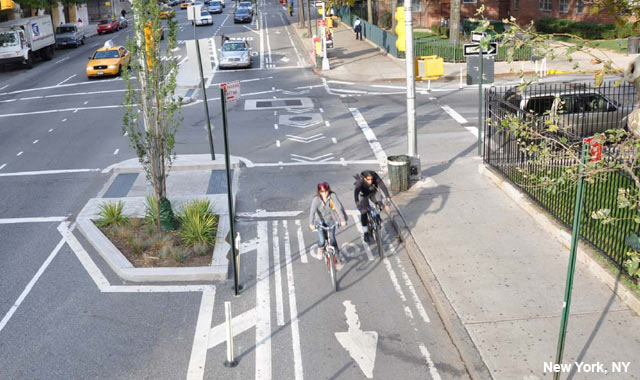 The Ninth Avenue project was achieved using operating instead of capital revenues under the purview of the NYCDOT, allowing for swifter implementation procedures. NYCDOT maintained an open dialogue with all stakeholders from early on in the project and included a variety of specialists and city departments in the design process. Parking regulations were modified several times following the installation of the facility to meet the needs of residents, business owners, and customers.