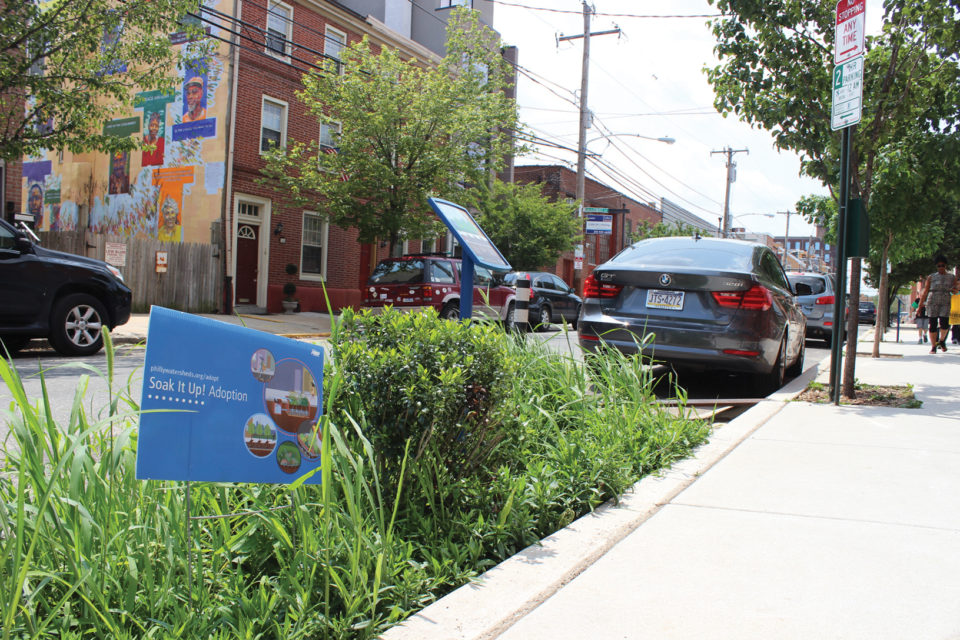 In the first five years of the program, 111 Green Streets were constructed 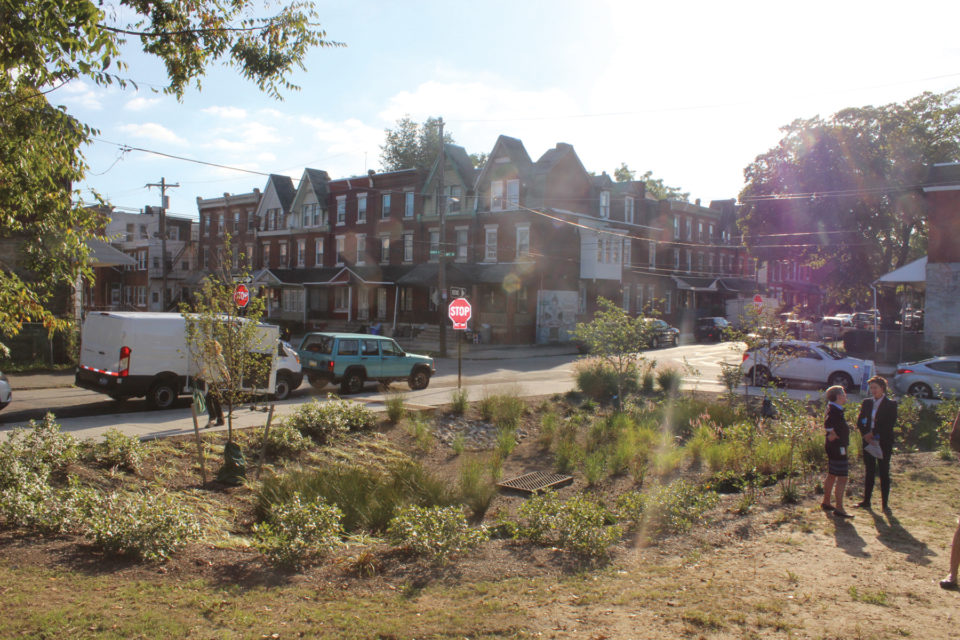 The Philadelphia Water Department (PWD)  is required under a 2011 Consent Order and Agreement administered by the Pennsylvania Department of Environmental Protection to reduce combined sewer overflows and improve water quality within the city of Philadelphia. The City of Philadelphia’s landmark plan to meet its goals associated with the Consent Agreement, Green City Clean Waters (GCCW), prioritizes the deployment of green infrastructure across the City of Philadelphia utilizing PWD investments, regulatory and stormwater fee modifications, and grants to manage the first inch of stormwater from over 9,500 acres of impervious surface.  GCCW’s GSI investments are more cost effective than traditional gray stormwater investments, and enable the department to support investments across Philadelphia that support improvements to the City’s parks, schools, and streets.

Philadelphia’s green stormwater infrastructure investments are each designed to maximize the amount of stormwater managed at a given location.  A variety of interventions, from bioswales to rain gardens, vegetated bumpouts and tree trenches are built along the ROW to capture runoff from streets and sidewalks.  Aided by a Green Street Design Manual that makes the City’s design standards available to consultants, engineers, and partners, PWD has been able to build projects with agency partners from PennDOT to SEPTA.

PWD’s partnerships have supported other City investments.  Collaborating on Safe Routes to Schools projects, Philadelphia’s Water Department has been able to green bumpouts in support of reduced crossing distances near schools, increase the City’s tree canopy, and invest in greening commercial corridors. 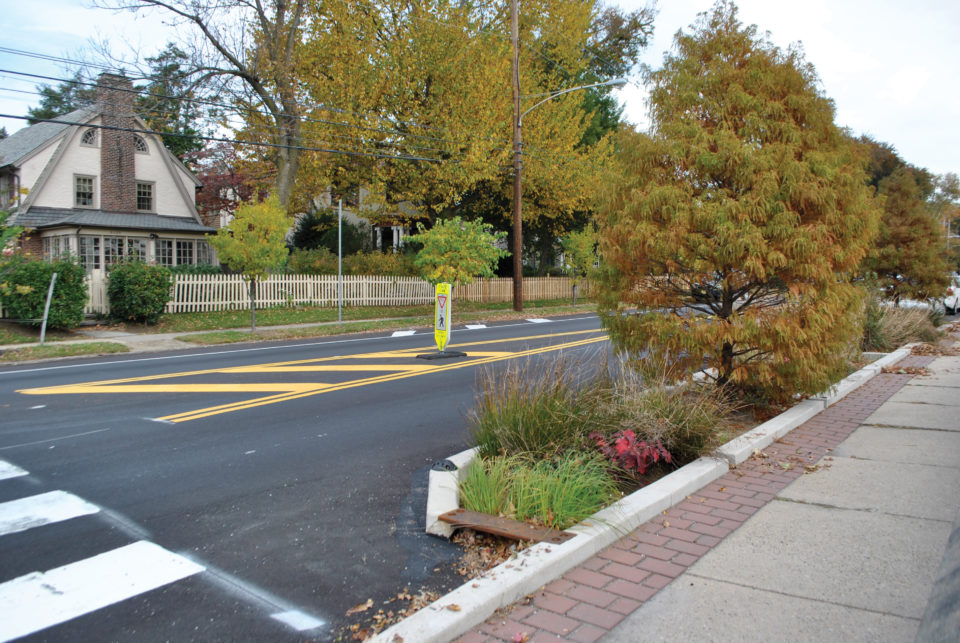 Points of contact: Establishing Green Infrastructure liaisons in partner agency planning and engineering departments has been particularly helpful in facilitating the identification and creation of new Green Street partnership opportunities and resolving inter-agency conflicts and concerns.

Ongoing and regular communication: The creation of a Green Street Committee that meets on a quarterly basis with the Streets Department provides an open forum to explore new designs and resolve project management concerns. The Green Streets Committee is tasked with reviewing and approving pilot technologies, managing concerns related to IT and GIS systems, improving agency protocols, and discussing partnership projects.

Preview protocols: Because each Green Street in Philadelphia is designed to maximize the amount of stormwater managed at a given location, the City’s Green Street program requires its partners to provide input early, and often.  Project preview provided to the city’s Streets Department and transit agency resolves conflicts early in the design stage, and saves money and time in the long run.

Expand opportunities through partnerships: Working with City agencies (from the Parks Department to the Commerce and Streets Departments) allows PWD to share project costs and get access to both land and opportunities to develop projects that manage stormwater runoff from the ROW. 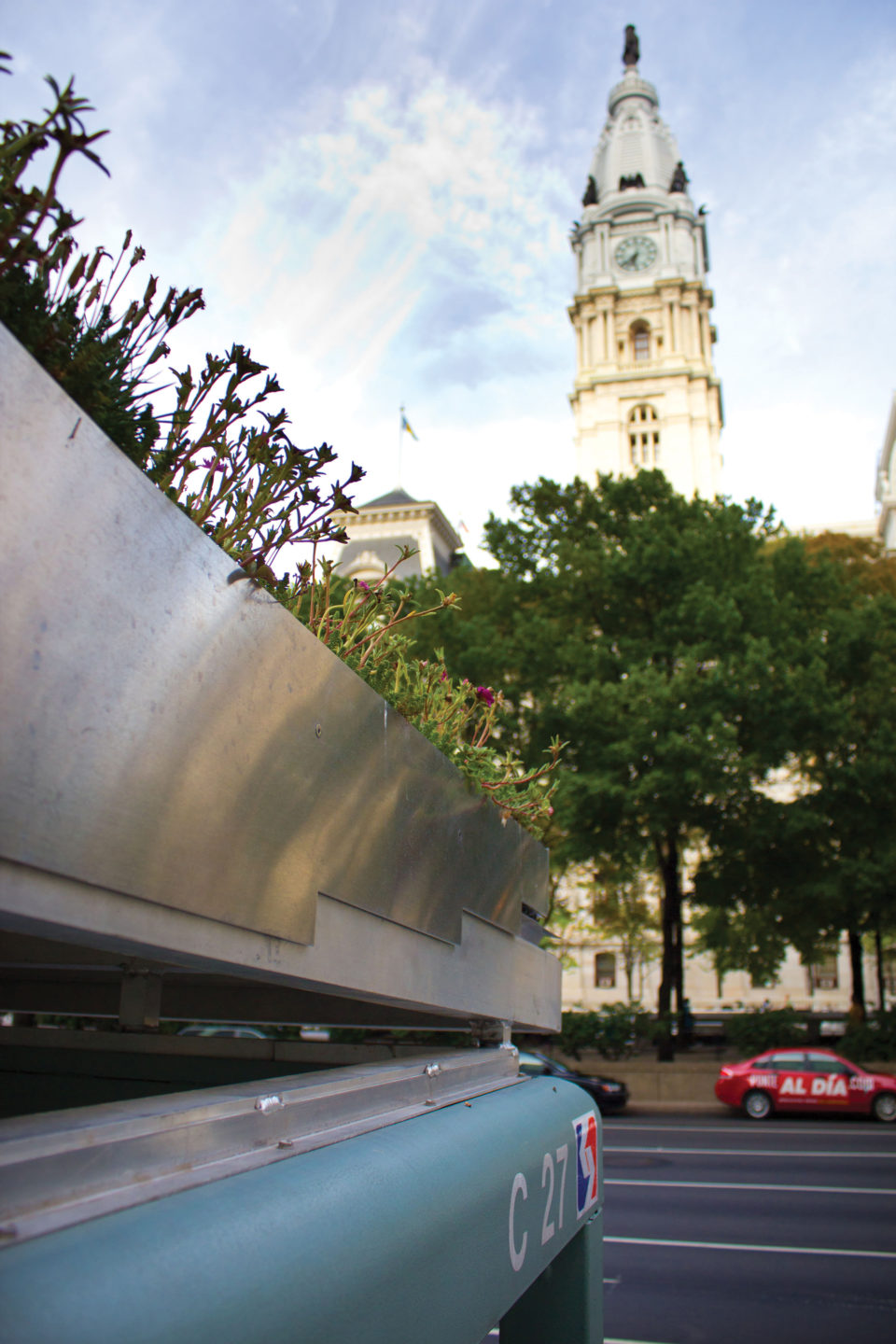 Ongoing communication is key: Whether it is through designated point persons, or regular meetings between agency leaders, open and frequent communication at all levels (from staff to executive) is critical for programmatic success

Five years in, GCCW has implemented over 1,600 green stormwater tools on 440 sites public and private across the city, reducing pollution from sewer overflows by 1.5 billion gallons each year.

The program has leveraged $51 million of investment in streets, parks, schools, and public housing as a result of green ifnrastructure projects, and has created 430 new green industry jobs.