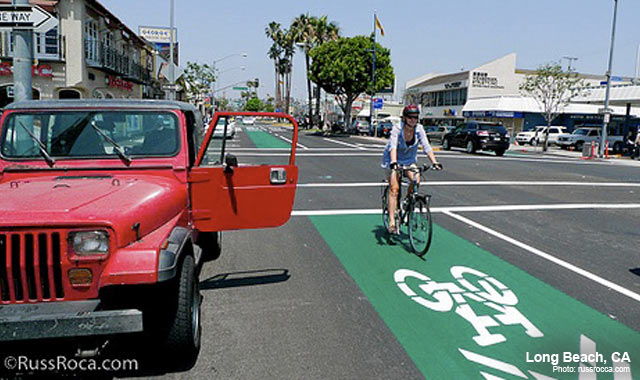 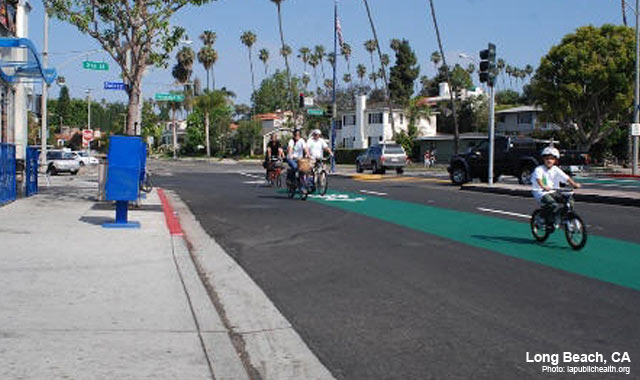 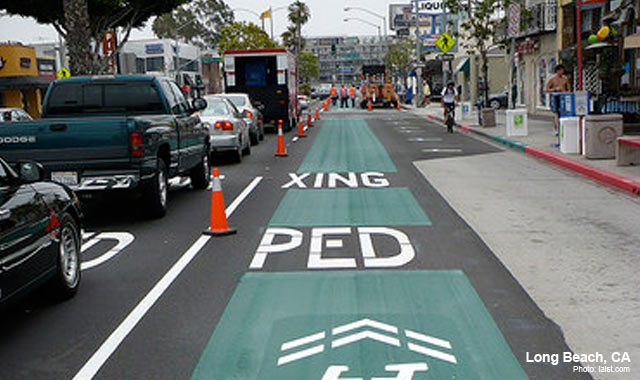 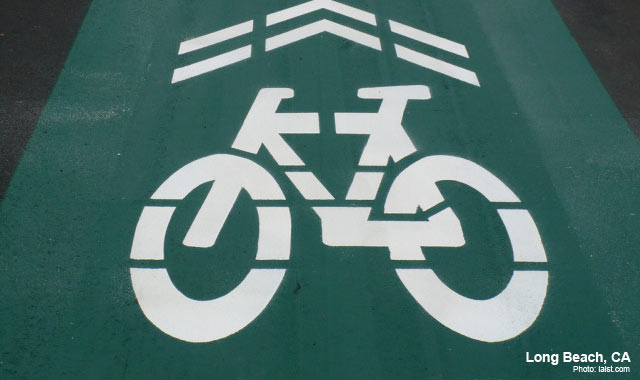 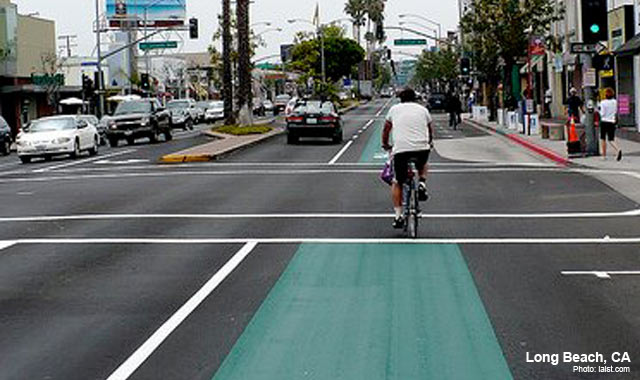 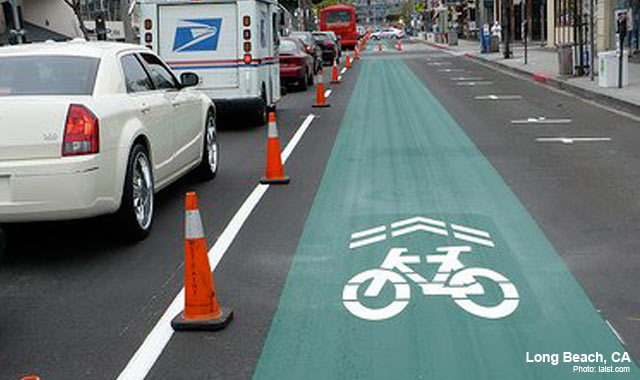 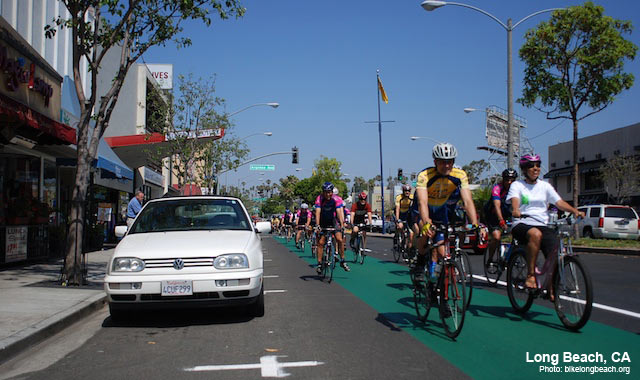 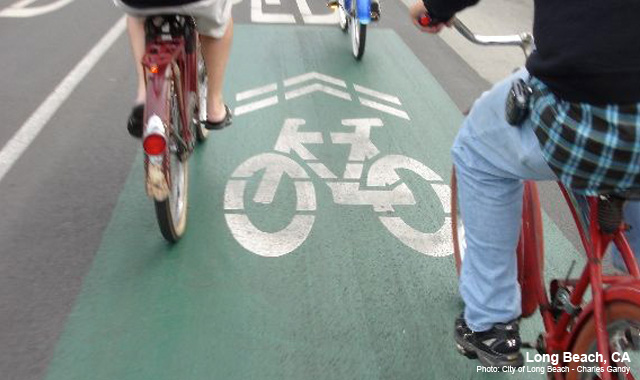 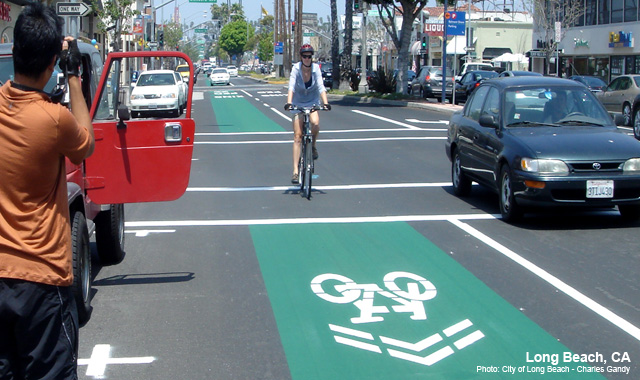 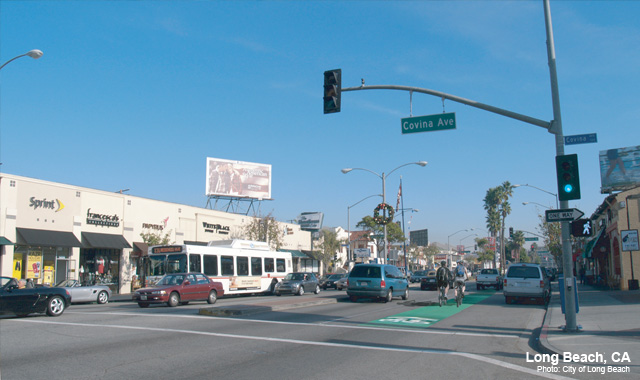 Second Street in the Belmont Shore area of Long Beach, California is a busy corridor which runs parallel to the beach. Many cyclists use the route as a connection between the beach, Orange County, and Ocean Boulevard. The street has significant motorized and pedestrian traffic, and bicyclists often choose to bicycle on the sidewalk rather than in the street. Since Second Street did not have sufficient room for a bike lane, in 2009, the city of Long Beach received FHWA and CTCDC approval to experiment with a shared lane marking that is set within a 5’ green painted area at the midpoint of the roadway in the left-most and right-most lanes.  A study conducted as part of the experiment measured an 100% increase in cyclists and an improvement in bicyclist lateral position in the roadway.