Off the Drawing Board is a series that revisits past hosts of Digital Design Charrettes, an interactive webinar that connects host cities with peers from across the NACTO network to brainstorm solutions to real-world design challenges. 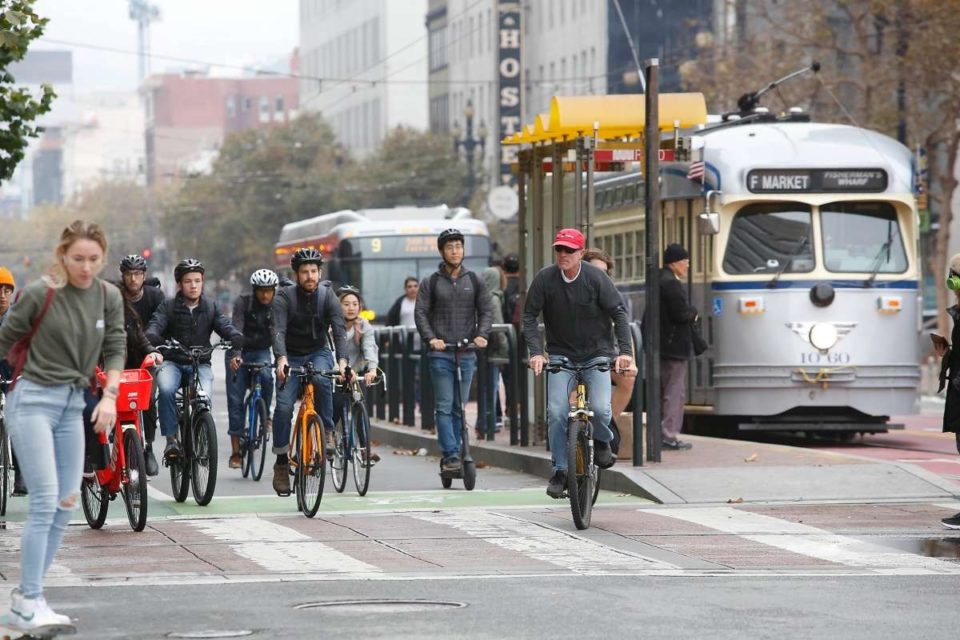 Realizing such an ambitious vision for Market Street was not simple. It required creative and innovative thinking around one of the fundamental challenges of street design: how to accommodate so many types of users on a constrained corridor.

In particular, project planners knew that with safety concerns along Market Street, they would need to develop a bikeway that was comfortable and clearly marked, encouraging the 650 people on bikes that use the street during rush hour to ride on a dedicated facility rather than the sidewalk or in lanes shared with transit. Fortunately, San Francisco’s planners did not have to approach this challenge in a vacuum. As members of NACTO, they had access to a rich network of peers in other cities they could pull from to refine designs for a such a critical corridor.

One piece of the design puzzle fell into place while in Seattle during NACTO’s 2016 Designing Cities conference. Riding on a raised bikeway during a tour, a lightbulb went off, answering the question of how to dedicate space for bikers without sacrificing pedestrian comfort: Raised bikeways with a clearly marked, detectable edge for pedestrians. Planners were already piloting San Francisco’s first raised bikeway for Market Street, but seeing–and riding–on one in Seattle was the proof of concept they needed to include this treatment in their final design recommendations for Market Street. 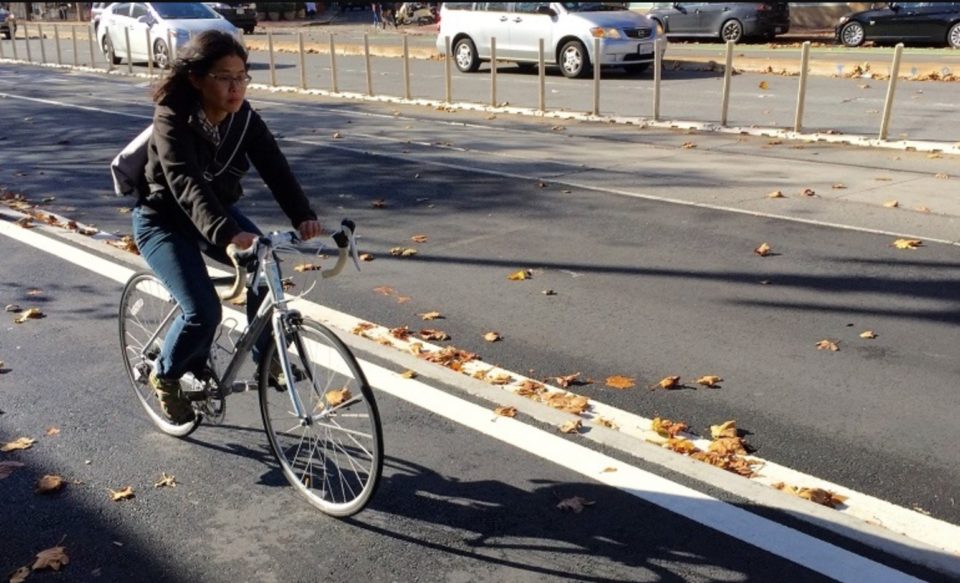 Raised bikeways are a high-comfort bikeway design that vertically separates vehicles and bikers, providing an extra level of protection and encouraging bikers to use the bikeway rather than sidewalk.

In 2017, NACTO hosted a Digital Design Charrette with San Francisco, where the city had an opportunity to get direct, informed feedback about their designs for Market Street’s sidewalk-level bikeways. During this charrette, peer reviewers in Vancouver BC, Seattle, and New York City applied their own knowledge as practitioners to give feedback on the draft design. Importantly, the charrette also helped validate the concept of a raised bikeway on a street with a very high pedestrian volume in San Francisco. Being able to show that other cities had successfully built this design helped convince internal stakeholders who had been skeptical about this new approach and concerned that it would encroach on the pedestrian space.

Armed with the technical knowledge and validation from peer practitioners in other cities, San Francisco returned to the drawing table, this time with a refined design vision for Market Street. Tapping into the rich body of examples and peer expertise in NACTO’s network helped project planners challenge street design norms and critically think outside the box to develop the final Better Market Street plan, one that reclaims space to more effectively balance the street’s multimodal needs. The result of their work is a car-free Market Street that embodies an inclusive vision for the future of San Francisco’s public realm.

This project’s history-making design will define the corridor for decades, and work to implement it will start as soon as early 2020–that’s when private vehicles will be restricted from the street and quick-build treatments, including improved bike intersections and extended transit-only lanes, will be installed.

For its part, NACTO is honored to have supported San Francisco in their work to develop a long-term vision for Market Street. Connecting project staff with peers across our network, opening a dialogue for them to discuss design details and brainstorm solutions, and creating a forum for city transportation professionals to share insights from their own work–these are all fundamental parts of NACTO’s mission. Congratulations to the staff, advocates, stakeholders, elected officials, and public that brought the vision for a Better Market Street to life. In our own small way, we’re proud to have supported you.