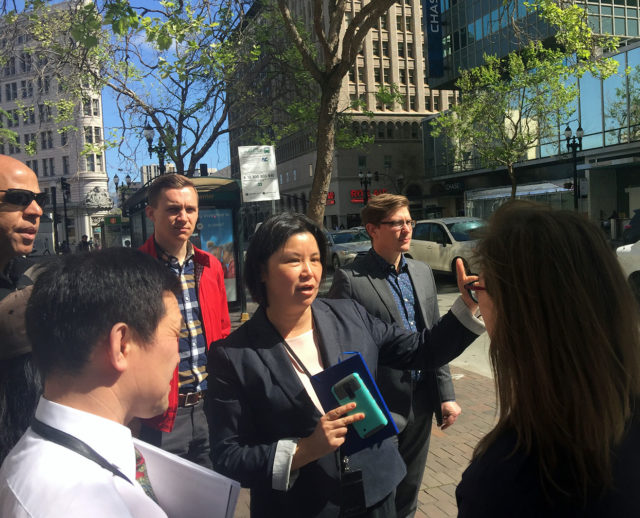 Earlier this month, NACTO, in partnership with TransitCenter, led a comprehensive series of workshops with Oakland’s new Department of Transportation and Oakland’s regional transit agency, AC Transit. This work is part of an initiative that is taking the concepts from the Transit Street Design Guide from book to implementation in four cities across the country.

The founding of Oakland’s new Department of Transportation brings an opportunity to focus holistically on transportation issues in the city, with responsibilities previously housed in multiple departments now under one roof. A comprehensive DOT also brings an easier ability to work with Oakland’s partners at AC Transit. Following conversations sparked by the Transit Street Design working group, NACTO convened a panel on forming collaborative relationships between DOTs and transit agencies, including reflections from SFMTA’s Julie Kirschbaum in addition to lessons from Seattle and Portland.

NACTO will be continuing its work in the coming months as OakDOT welcomes Ryan Russo as its new Director—building technical knowledge and a strong working relationship between agency leadership and staff, as well as between agencies. With the region’s rapid growth, Oakland and AC Transit are poised to harness the benefits of transit street design to support fast, affordable, and equitable transportation for riders in Oakland and across the Bay Area. We’re thrilled to help support this effort.

See our previous dispatches from Denver and Indianapolis. 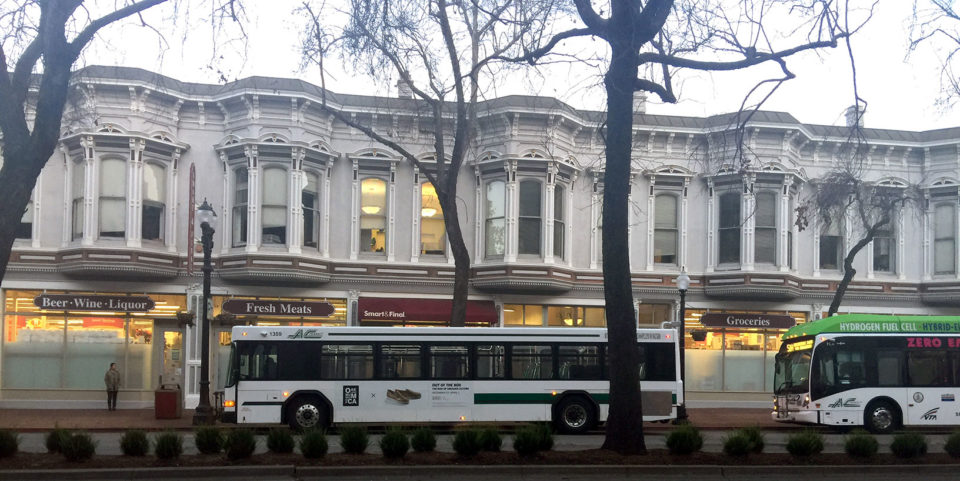