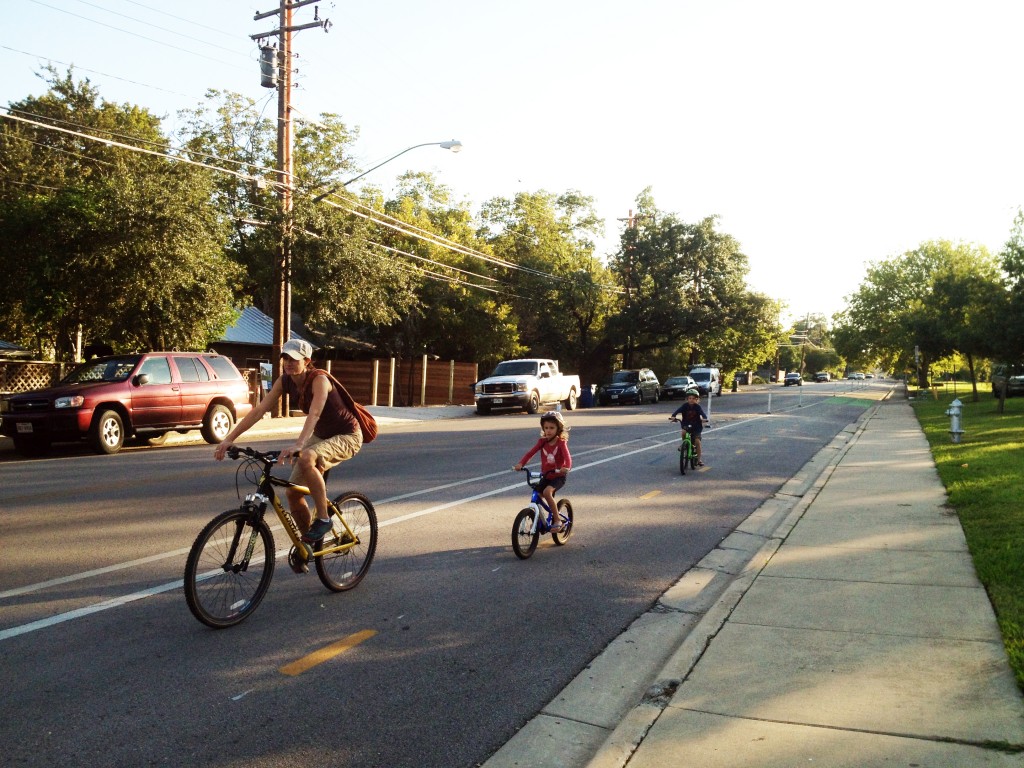 Late on Monday afternoon, November 11, city transportation officials from New York, Portland, and Chicago looked on as a mother with two young children in tow bicycled down Bluebonnet Lane in Austin. Like a duck leading a troop of ducklings safely across the road, the scene was as a welcome reminder of the progress that cities have already made towards streets that are safer and more inviting. Bluebonnet Lane, one of several new protected bike lanes in the city of Austin, manifests a growing trend among cities to design streets that feel safe for cyclists of all ages and abilities. Austin, a NACTO affiliate member and one of the first six cities chosen to participate in the Green Lane Project, has quickly emerged as a regional leader in this movement, setting their sights on becoming one of the great bicycling cities of the US.

Over the course of two days, the visiting experts shared their secrets to success, helping the city of Austin chart a course for the future. Presentations touched on issues ranging from bike share, which Austin will launch as Austin B-cycle in December, to bicycle infrastructure and street design. The event was also an opportunity for city leaders who had a chance to visit world-class cycling cities in Denmark and the Netherlands as part of the Green Lane Project, to translate that inspiration to an American context, learning from other cities that have grappled with similar issues. 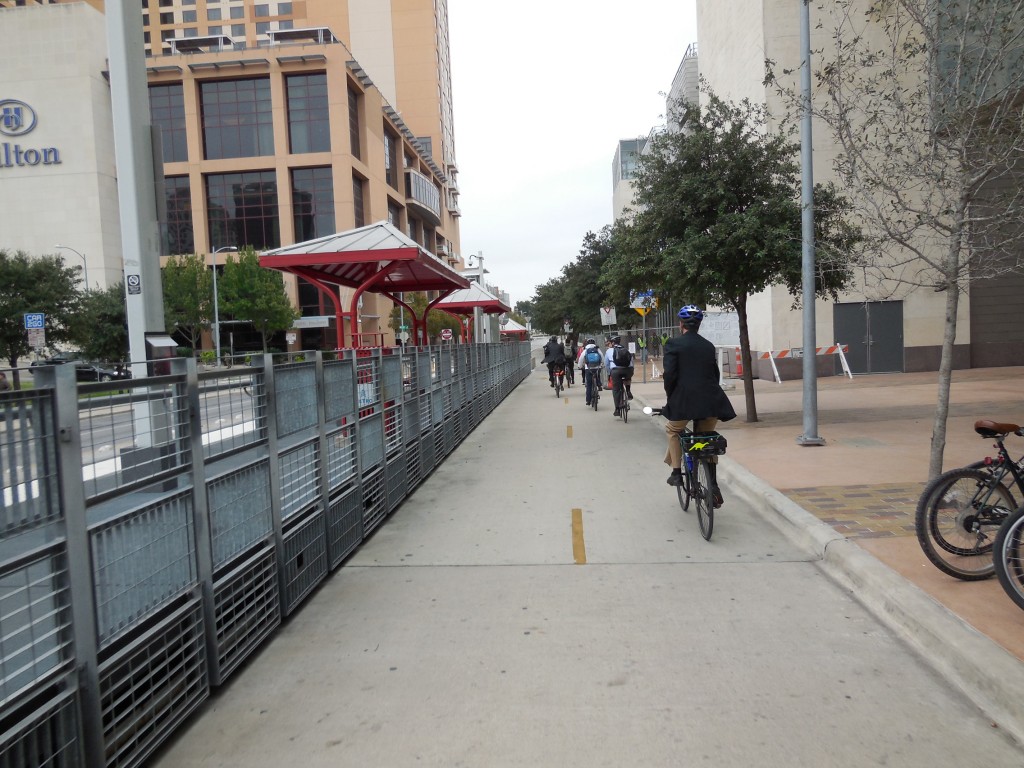 On the night of Tuesday, November 12, the city opened up a public forum on their most ambitious Bike Master Plan Update to date with a panel discussion between the three cities. The event proved to be a charge not only to city staff, but to advocates and stakeholders who will help carry the program to success. The plan, entitled “Your Path to Austin,” updates the city’s Bike Master Plan from 2009 with a focus on protected bike lanes and creates an “urban trails” master plan. These plans build on a fast-growing network of protected facilities that will better connect Austin’s neighborhoods to the downtown, while helping to realize the goal of a compact and connected Austin articulated in the citywide vision Imagine Austin.

“As a sister city and a partner in the Green Lane Project, Austin’s recent success is both impressive and inspiring,” said Roger Geller, Bicycle Coordinator for the city of Portland. “Austin is advancing in leaps and bounds, doing in just 2-3 years things that took Portland more than a decade. Their momentum puts pressure on everyone to keep moving forward.”

“Austin’s Guadalupe protected bike lane is a perfect example of how cities are replicating each other’s success and collectively making cities the pioneers of a 21st century transportation model,” said Jon Orcutt, Policy Director for New York City DOT. “Austin’s success sets the stage for more cities to do these kinds of game-changing projects.” 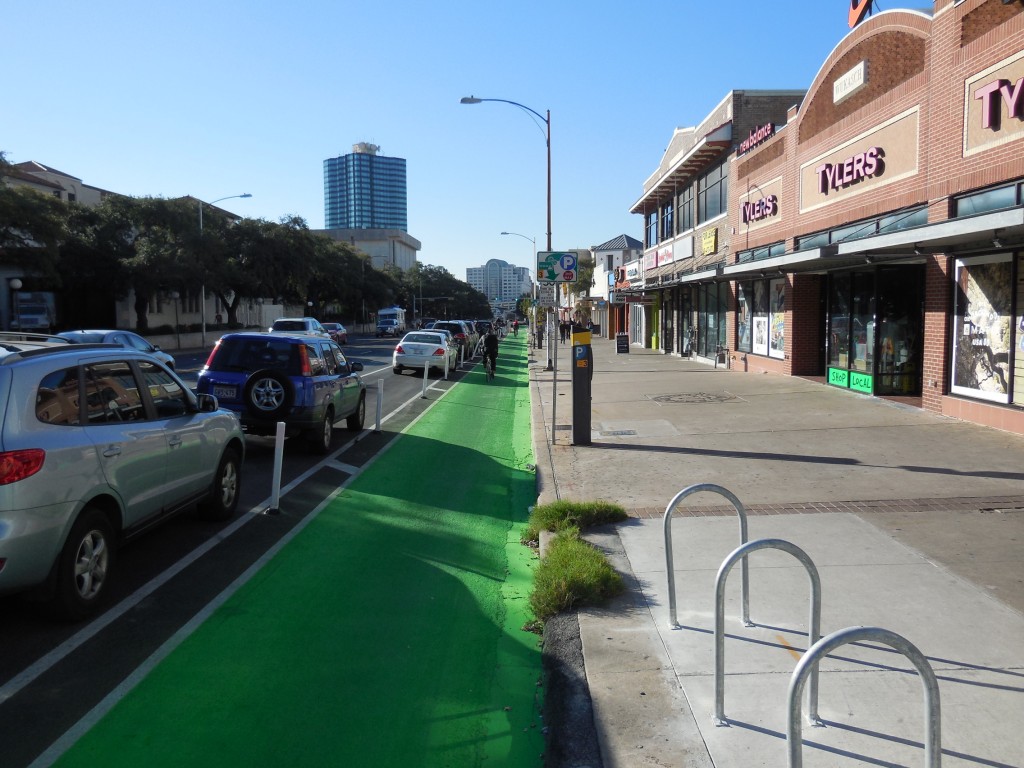 “Designing protected bike lanes is a relatively new field for transportation engineers. NACTO’s leadership in design has been instrumental in this success, but talking through individual projects and challenges with your peers is what really allows us to learn on the ground,” said Nathan Roseberry, Senior Transportation Engineer with the city of Chicago. “It was great to share some of Chicago’s lessons learned with the city of Austin, and in turn, to learn some new strategies myself.”

“It was a pleasure to hear from New York and Portland about the economic benefits they have witnessed as a result of some of their major projects,” said Howard Lazarus, Director of Public Works for the city of Austin. “When the city of Austin transforms a street, we want to have numbers that we can give to businesses showing that these investments are working in their favor.”

“In the long-term, Austin is setting its sights on a transformational network of protected bike lanes that will make the city one of the safest and most enjoyable places to bike in the nation,” said Nathan Wilkes of Austin’s Neighborhood Connectivity Division. “But with Bike Share hitting our streets in just a few months, we needed help thinking about how to make our streets safer for novice riders right now. The Road Show provided that forum, charting a course for how to deliver projects that will make our streets safer for everyone in the near-term.”