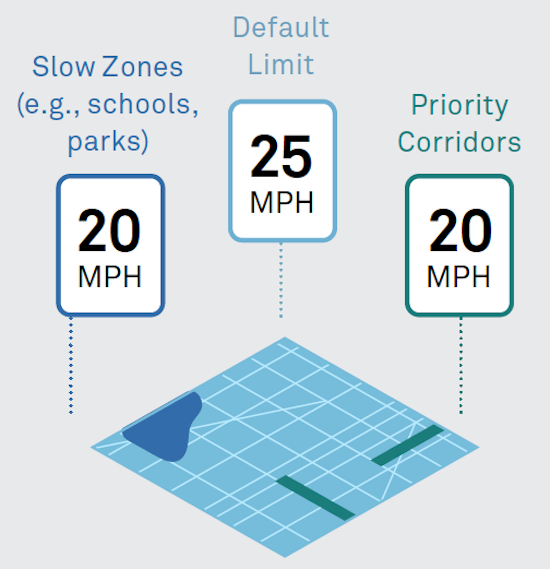 Cities can combine these proactive speed management strategies to create safe conditions for their city.

City A has explicit authority to set default speeds and has chosen to set a citywide default limit of 25 mph on all streets. In addition, they have identified a few high-crash corridors and have set 20 mph corridor limits on those streets to reduce fatalities and injuries. They also have established 20 mph slow zones in key areas around schools or parks to provide additional protection for children.

City B has explicit authority to set default speed limits and has clear differentiation between major or arterial streets and minor or local streets. They have chosen to set category speed limits at 25 mph for arterials and 20 mph for non-arterials. Like City A, they may choose to also establish slow zones in key areas. 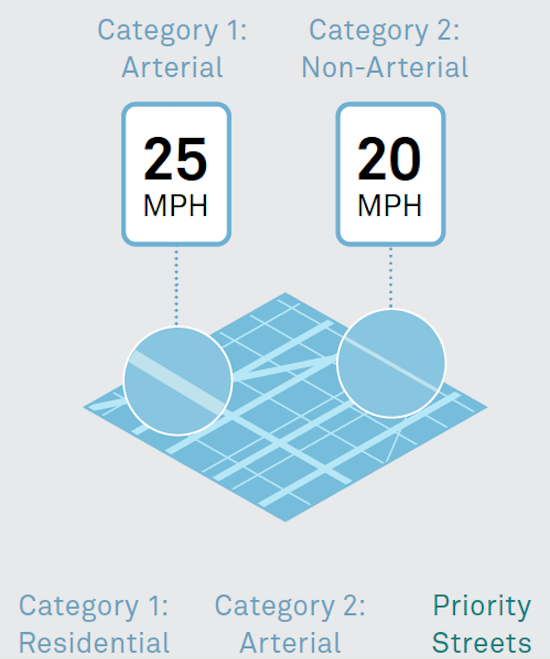 City C does not have explicit authority to set default speeds. The state requires a speed study but does not lay out an explicit process. They have chosen to conduct a bulk engineering study and to use a locally-defined process for setting speeds by street category. At the same time, using authority to set speed limits on a case-by-case basis, they have conducted a Safe Speed Study to determine appropriate speed limits for a few priority corridors. 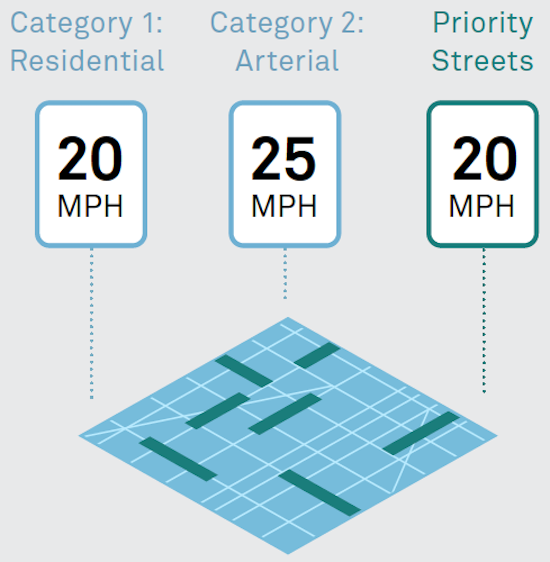 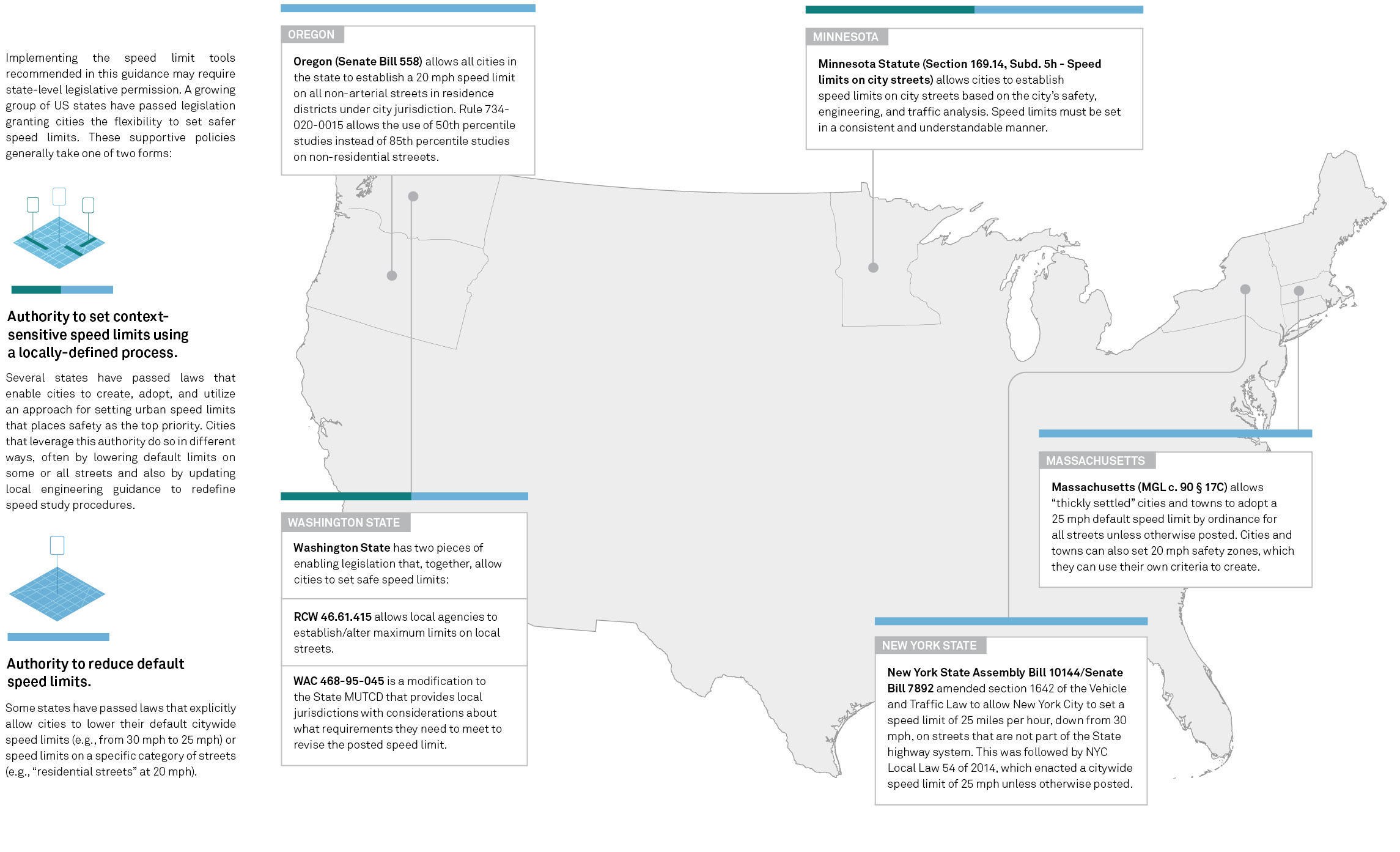 A city’s ability to change speed limits is impacted by rules and practices around enforcement, signage, and design requirements.

In some states, a city must install a sign on every block if the posted speed limit is anything other than the citywide default. This is feasible when the city lowers the limit on a small number of segments, but becomes prohibitively expensive at a large scale (e.g., across all residential streets).