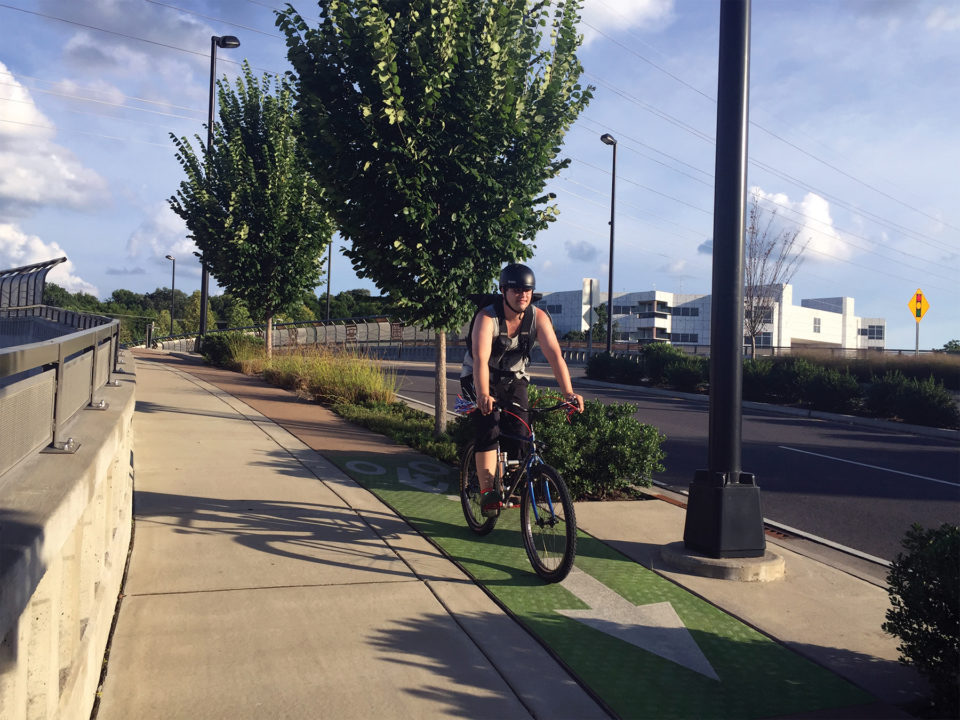 Demonstrate possibilities: Serve as a high-profile example of complete streets design in Nashville. 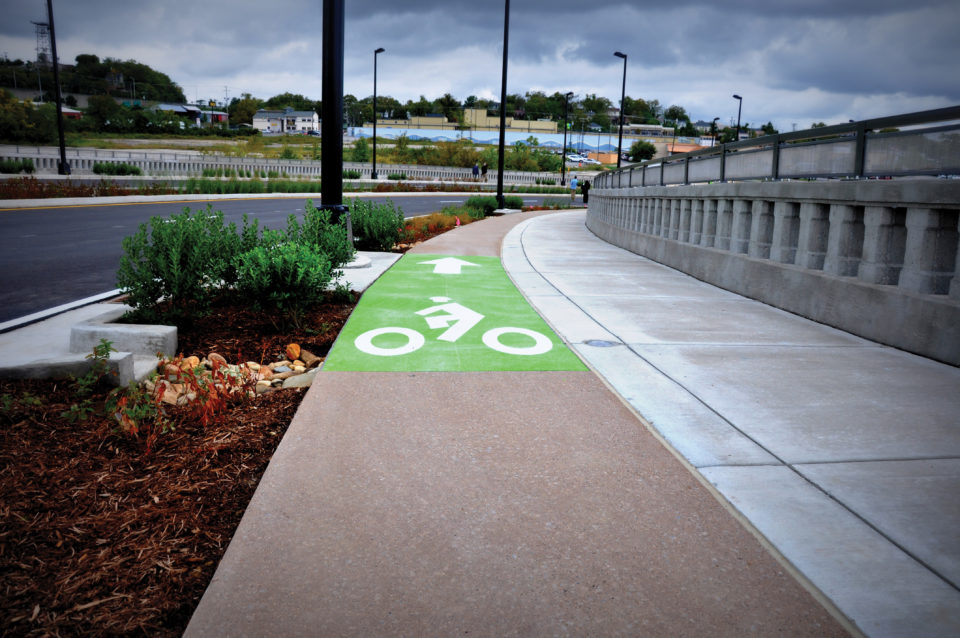 The 28th/31st Avenue Connector reconnected neighborhoods that had been separated for decades by railroad tracks and a major interstate. Given the high visibility of the project, called for by community members and city leaders for years, Nashville decided to design the project as one of the city’s first complete streets projects, along with substantial green stormwater infrastructure.

The 28th/31st Avenue Connector provides a bridge crossing over an existing railroad to connect West and North Nashville. The reconstructed street is one of the city’s early high-profile complete street projects, providing safe and comfortable accommodations for all users. Additionally, the connection was an early demonstration of “green street” design strategies, integrating bioretention facilties and improved human environment.

Designed from the ground-up, the project incorporates physically separated bike lanes and sidewalks, attractive landscape design with native plant species and shade trees, along with embedded LED delineator lights between bike and pedestrian walkways to illuminate and visually separate the pathways while minimizing environmental impact.

The reconstructed green street is meant to reduce stormwater runoff volume, and to provide water quality treatment. Median and curbside bioretention cells are designed to capture the “first flush,” treating the heaviest pollutant loading that washes off the road during storm events. The street is constructed to slope in one direction rather than with a crown, directed all runoff toward green infrastructure from the top of the bridge down in either direction.

Median bioretention swales are constructed up to 10 feet wide, and curbside swales are 4 feet wide behind the curb. The curbside bioretention cells are designed with a maximum 4-inch depth below the sidewalk and bikeway level, which provides adequate retention depth to manage up to a 100-year storm. Low plantings discourage people bicycling and walking from accidentally entering the bioretention swales, while the relatively shallow ponding depth provides a much gentler transition in the case of accidental entry.

The bicycle facilities are paved with dyed concrete to differentiate them from pedestrian paths on either side of the street. Embedded LED lights provide additional definition between modal spaces and improve comfort for people bicycling and walking. 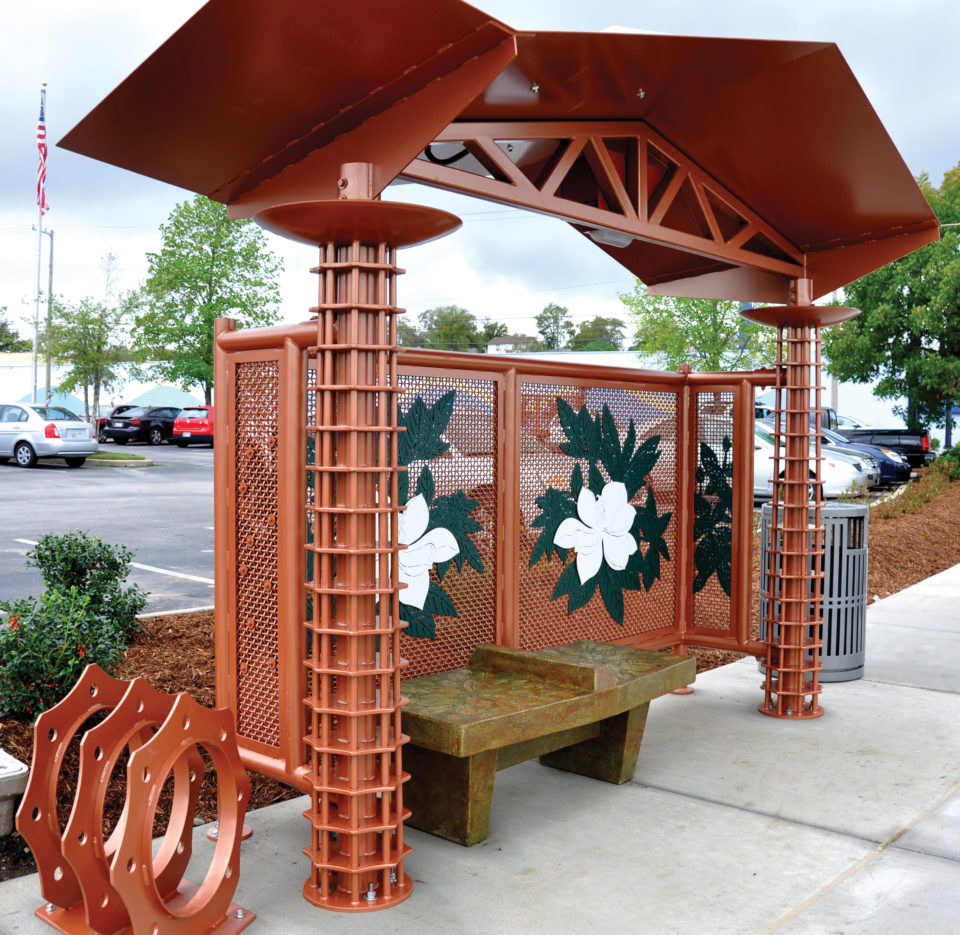 Do high-profile projects right: The 28th/31st Avenue Connector is one of Nashville’s first complete streets, and is credited with putting complete streets at the center of city infrastructure discussions.

Design for future needs: The connector was designed to accommodate current and future development demand, as economic and social activity increases between the two reconnected neighborhoods.

Create a sense of place: Community suggestions were transformed into large-scale public art, with quilt panels covering a safety fence, along with six artist-designed bus shelters, giving the project area a clear sense of identity and place.

Reconnected two neighborhoods long bisected by a railroad and a highway.

Enabled a new transit route and service that until this project was not logistically feasible.

The 28/31st Avenue Connector project influenced the City’s approach to future projects. A Complete Streets executive order requires all new projects to include bioretention elements such as walled planters and graded swales.