A 20 mph speed limit on minor streets supports safe movement and contextually appropriate design on the majority of city streets. Since minor streets tend to have either very low volumes or operate at the speed of the most cautious driver, cities can apply a category speed limit to minor streets without detailed review of street characteristics.

Minor streets include physically small streets where low speeds are often already present, as well as low-vehicle-volume streets with few or no transit stops. 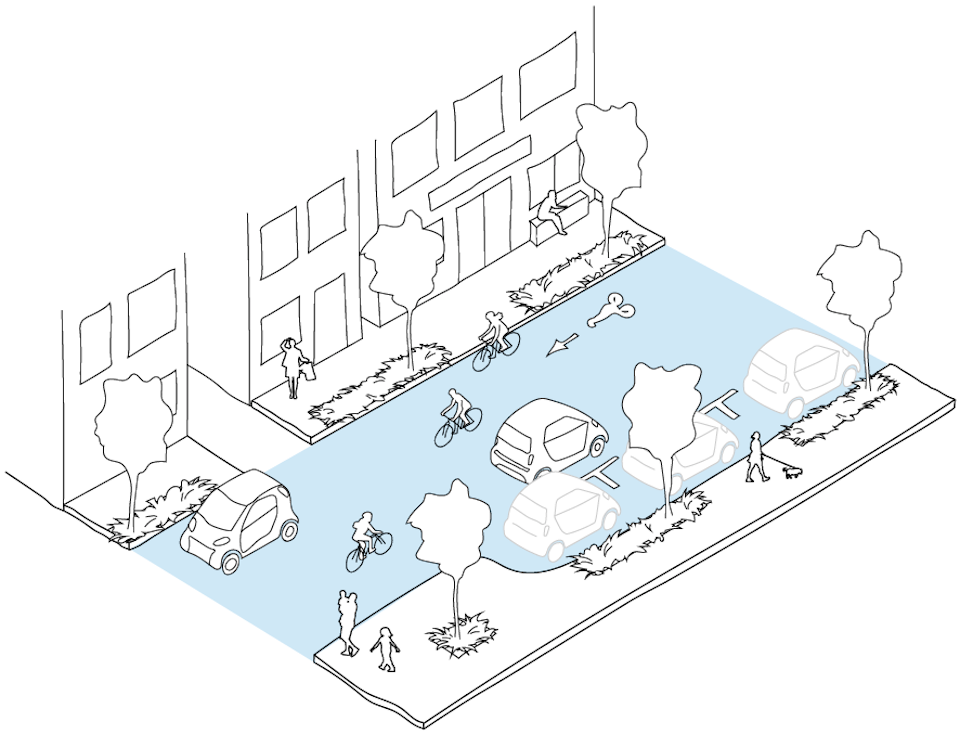