California is in the midst of a traffic safety crisis and its cities are on the front lines in solving it.

In 2017, over 3,500 people were killed by cars in the state. Committing to the philosophy that even one death is too many, 11 cities in California have adopted Vision Zero, a systems-based set of policies, procedures, and strategies focused on the single goal of eliminating all traffic deaths on city streets. Earlier this summer, NACTO’s CaCTI program and the City of Sacramento hosted a Vision Zero workshop to tour street safety solutions at work in the capital city.

Meeting on the steps of the State Capitol, the tour was organized to showcase the city’s proactive work to reduce traffic deaths on its streets. It was also an effective way to educate lawmakers and their staff about the meaning of Vision Zero and how local lessons on the ground in California cities can be applied at the state level.

For participants at the walking tour, the wind was at their backs: the first meeting of California’s Zero Traffic Fatalities Task Force had recently convened. Created following the passage of AB 2363 in 2018, this body was appointed to study and identify actions to make California’s roads safer, particularly for users not operating cars. With this task force, the state has a mandate to fix their traffic safety crisis. And with the growing understanding that business as usual isn’t enough to reduce the number of people who die on California’s roads, the state is looking to cities for answers.

That’s because in California, cities–in particular those in CaCTI–are leading the safe streets effort. In a state that requires local speed limits to be set based on the 85th percentile speed, which incentivizes faster driving and creates dangerous road conditions for all users, it is critical that cities have tools in their control to make immediate improvements to the safety of their streets. The Sacramento Vision Zero tour highlighted these tools, such as street design, signal timing, red light cameras, and curbside regulations, that are powerful, impactful, and direct actions cities can take to reduce risk. 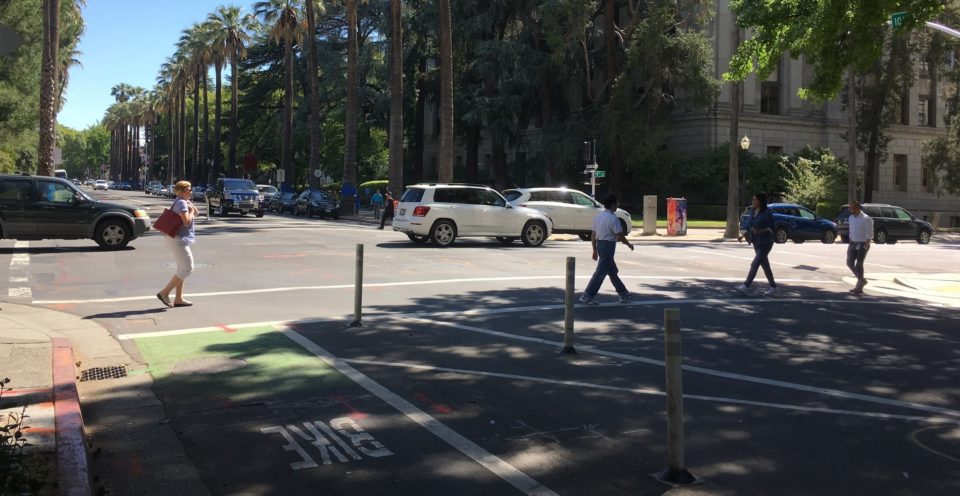 Sacramento implemented new road diets on 9th and 10th streets to slow down traffic. Why? Because safety is more important than speed. “We can live with more congestion. We can’t live with people dying on our streets,” said tour leader Jennifer Donlon Wyant, Transportation Planning Manager at the City of Sacramento. 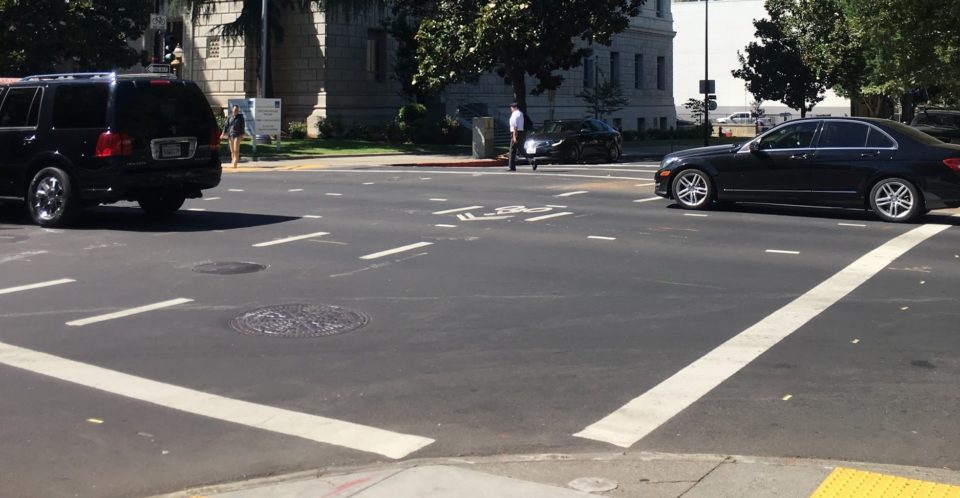 Cities have control over signal timing on local roads. In Sacramento, this smart intersection is also a safe intersection: leading pedestrian intervals give people on foot a head start while AI monitors traffic operations to inform signal timing and street designs. 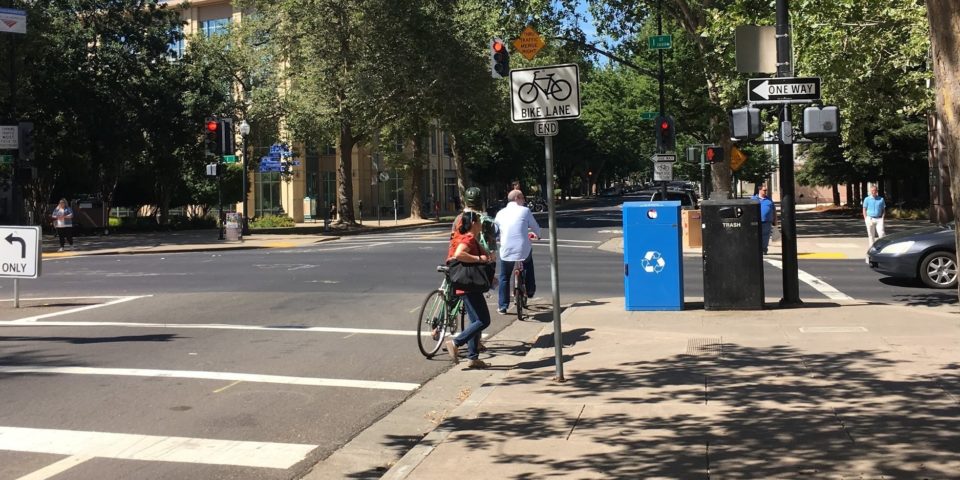 Although red light cameras are permitted in California cities–automatically ticketing drivers that run red lights and incentivizing more predictable, safe behavior–automated speed enforcement isn’t permitted. This is even though ASE can lead to slower speeds, safer streets, more equitable enforcement, and a drop in repeat offenses.

Sacramento is getting 2,000 new dockless e-bikes and e-scooters. More devices like this means more options for people to travel without cars. It also means more devices on city sidewalks. To prepare, the city is working with operators to develop parking procedures and education campaigns. 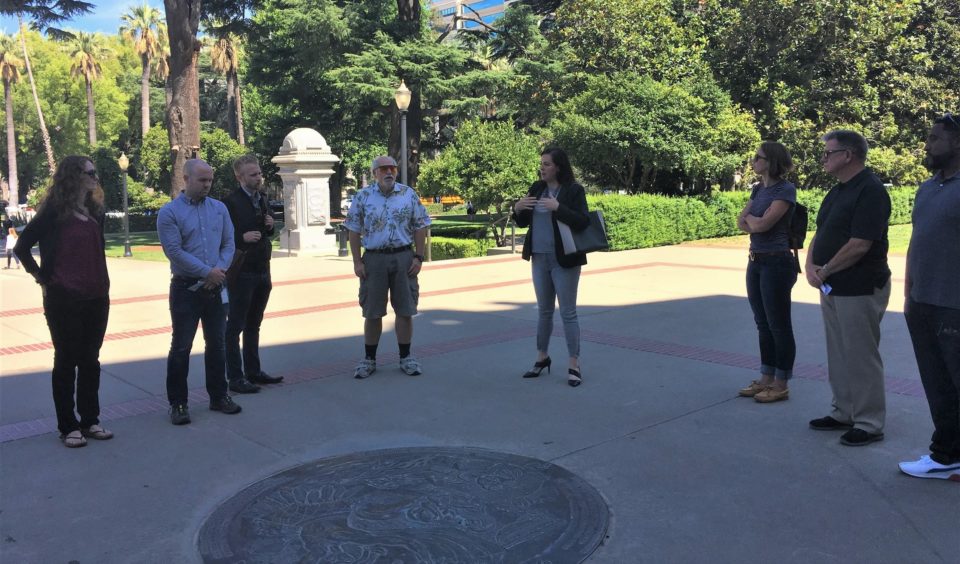 CaCTI’s tour in Sacramento showed local advocates, transportation officials, and state lawmakers’ staff the actions inside a city’s toolbox that they can learn from, adopt, and adapt to confront the traffic safety crisis. California’s cities may be on the front lines of the state’s road safety crisis, leading the way towards achieving Vision Zero, but they cannot do it without state support. Increased coordination between state and local authorities is critical to bring traffic fatalities to zero. As California’s statewide task force continues to meet and discuss what they can do to support safer streets in their state, there are four priorities they should work on with cities to expand the local toolbox and ability to achieve Vision Zero goals:

Thank you to Jennifer Donlon Wyant from the City of Sacramento and Emily Baime Michaels from the Midtown Association for their contributions to this event.