The Queen City is laying down bike infrastructure that’s fit for royalty. This April, Charlotte finished building Phase 1 of a two-way protected bike lane through Uptown. When complete, the 6th Street cycle track will serve as a 2-mile spine for the city’s downtown bike network, providing an all ages and ability connection between Uptown Charlotte and 40 miles of existing bike facilities.

This project comes on the heels of an extensive outreach and analysis process. It was built to act as proof-of-concept for the city’s Uptown Connects bike network: attracting new riders, improving safety for existing ones, and garnering public support for future bike network expansion. And the project couldn’t have come fast enough. Before this protected bike lane, there were 34 continuous east-west lanes for drivers in Uptown; for people on bikes, there were zero. 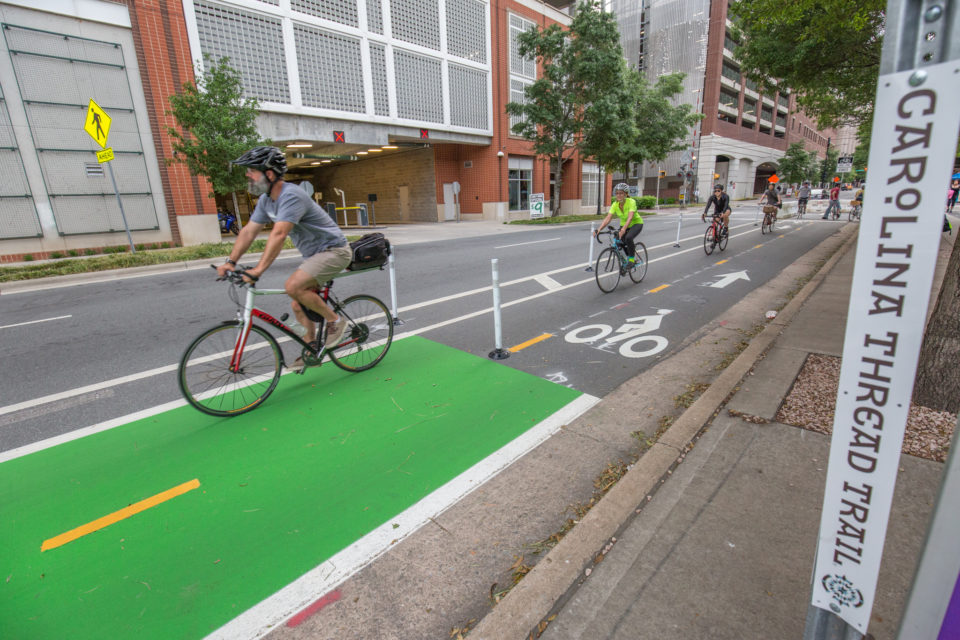 Tactical demonstrations like this are a great method to live-test and refine a project while also giving people the chance to use a version of it. With bike infrastructure, seeing is often believing; when people experience their streets in new ways it’s easier for them to imagine what else is possible. That’s what the city set out to do with the 6th Street pilot: implement a transformative piece of infrastructure that would raise the bar and expectations for future projects in downtown Charlotte.

With over 100 volunteers building the pop-up, and even more riding it, the demonstration project was a resounding endorsement of Charlotte’s planning process. The outpouring of public support from the event, sustained the project through its design and implementation. 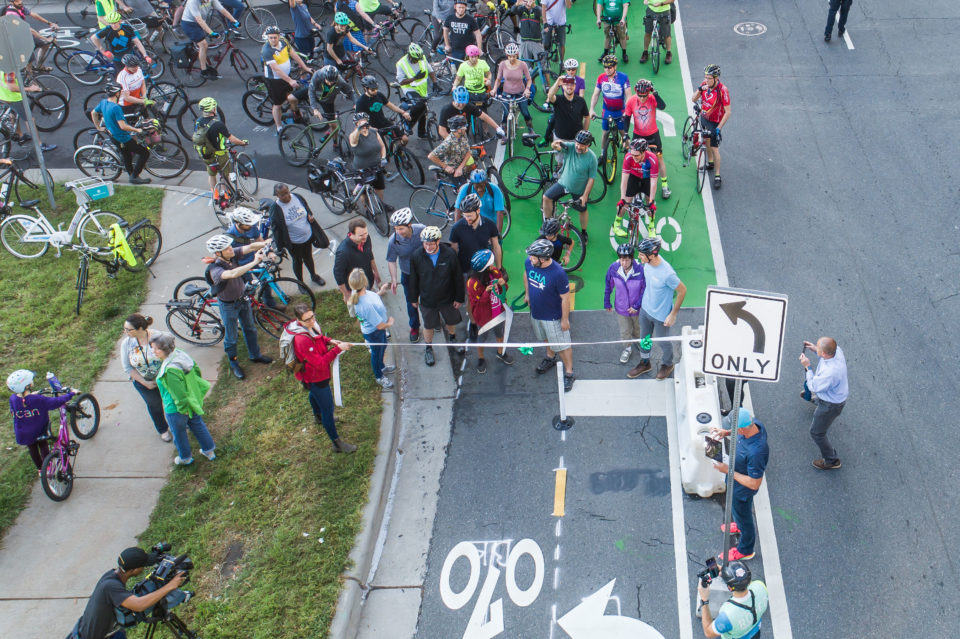 Participants line up during the “Mayor’s Ride – Bike to Breakfast” to be among the first to ride the new 6th Street cycle track through Uptown Charlotte.

On April 26, 2019, when the city cut the ribbon on Phase 1 of the 6th Street cycle track, over 150 people participated in an inaugural ride event with the mayor. Participants that day—and everyone who contributed to realizing this project—did more than celebrate or support its implementation. They contributed to shifting the culture of transportation in Charlotte. And through creative outreach techniques, the city and its partners did more than create a high-quality bike connection to and through Uptown Charlotte; they helped expand the mindset for what people can want and expect from their streets.