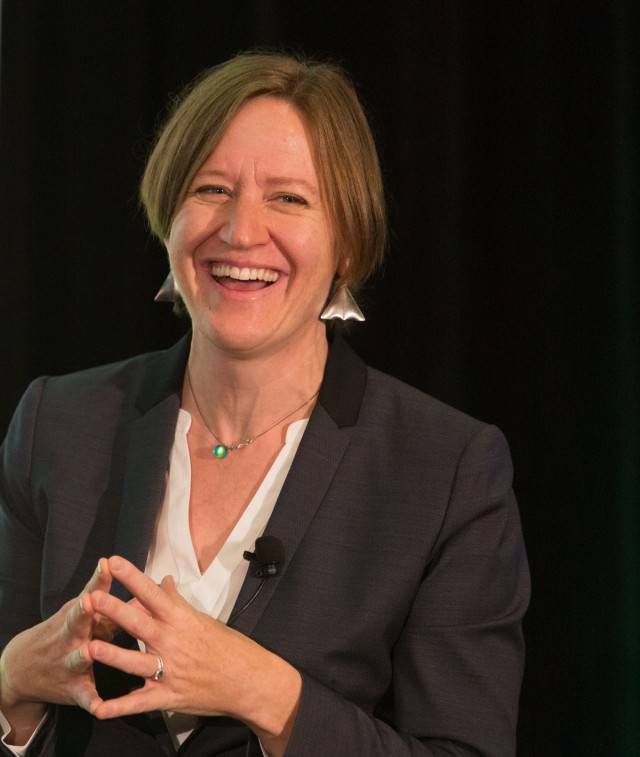 Linda Bailey reflects on six years leading NACTO, and on her next steps in service of cities

The process of letting go of my role at NACTO has illuminated the many reasons I came to work here in the first place. Since announcing my departure a few weeks ago, I’ve been thinking about how we’ve grown as an organization and as a movement, and all that we’ve learned about what it takes to make change happen in cities.

Success comes from a combination of strong leadership, honing best practices, and leaning on a network of peers dedicated to solving the pressing problems that face our cities. We’ve brought together people working in city agencies across the country—places notorious for caution and inertia—and inspired bold action.

Since 2009, we’ve released seven guides that lift up the best practices in building great city streets. The number of protected bike lanes has doubled every year since 2011, when we released the first Urban Bikeway Design Guide. Cities around the country, and the world, are now redesigning streets to speed up transit, improve safety, soak up stormwater, and create public space. They are redefining what our cities can be.

Designing streets that effectively move people across a city creates a cascading network of positive improvements in people’s lives. We help people reach their destinations, we make our cities safer, and we create places where people want to live, not just pass through.

It’s been a great honor to work with everyone in the NACTO network as we’ve pulled together to finally, finally move the practice forward, changing the hostile city streets that have been the norm for too long. In my next role as Vision Zero Director in Washington, DC, I’ll keep pushing.

Together, we will continue to build out what we know works, and develop more and better examples of the true city of the future—one where streets are part of the success story of the city.