This three mile bike tour will showcase two of America’s 10 Best New Bike Lanes as reported by People for Bikes: Broadway and Second Avenue. These projects represent two ends of the construction spectrum: Broadway was built as part of a complete street reconstruction for the First Hill Streetcar, while Second Avenue is an example of a rapid implementation project accomplished quickly and at a relatively low cost. Along the way we’ll pass one of Seattle’s nine bike counters (and add our numbers to the day’s count!). These counters are helping track Seattle’s progress toward quadrupling bike ridership by 2030, along with providing granular data about times, days, and conditions that affect ridership. This tour will make frequent stops to discuss context, constraints, success stories, and lessons learned.

This WalkShop is supported by Eco-Counter. 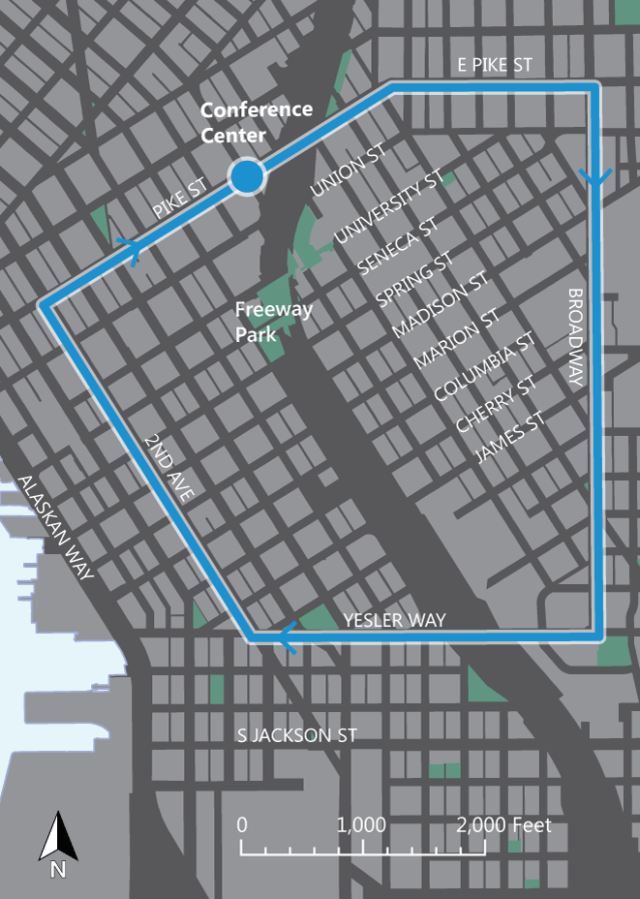