See parks that act as streets, and streets that act as parks on this walk through Downtown Seattle. Visit the new, vastly-improved Westlake Park. This major park fell into disuse and was considered a public safety problem until last year. After a turnaround effort, Westlake is once again a central, vibrant space. Next, see Seattle’s first attempt to turn a downtown street—Pine Street—into a park, now reopened to traffic after being closed for more than a decade.  Then, head to McGraw Square, a plaza built in reclaimed street space that hosts street food, streetcars and public art. Finally, onto Bell Street: a park that functions as a street. Or is it a street that functions as a park? You be the judge. Learn about the development, programming, and maintenance of these unique spaces, as well as how the legal differences between park land and street right-of-way play out in daily management. 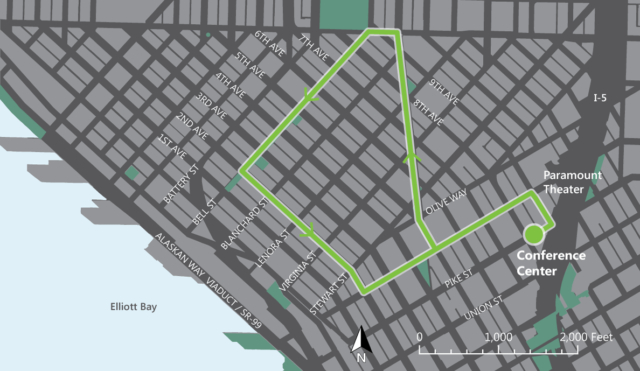