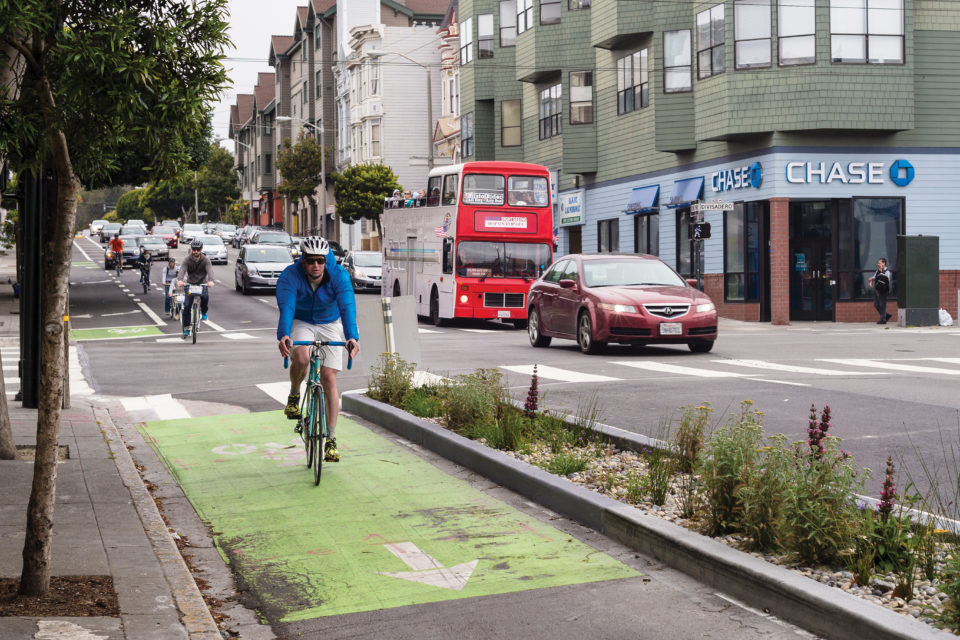 Mobility: Improve safety and comfort for people walking and biking along Oak and Fell Streets.

Placemaking: Improve aesthetics of the streets in the project area.

The Fell and Oak Street area was later upgraded to integrate stormwater management features, including bioretention planters in expanded and upgraded corner bulbouts, permeable pavers to channel rainwater along the gutter, and planters in the bikeway buffer. 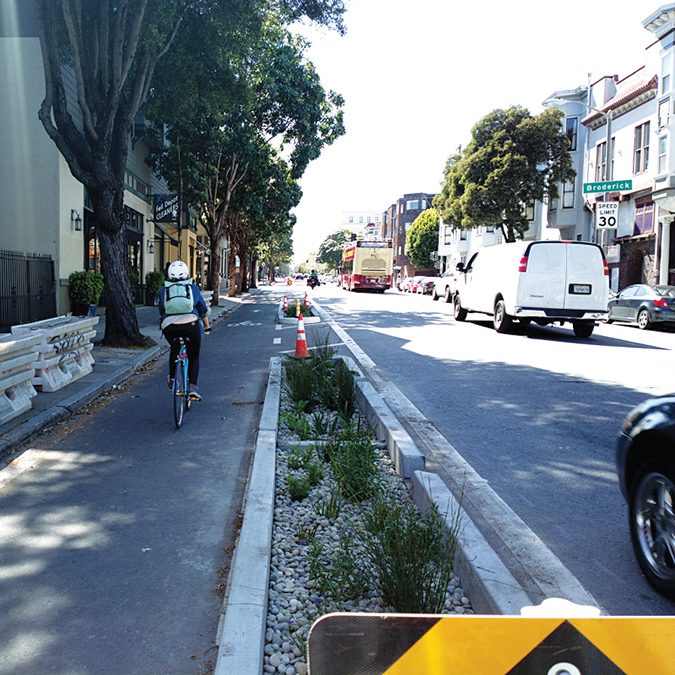 A 5.5-foot wide strip of permeable pavement in the parking lane adjacent to the curb absorbs storm flows from the street.

The bikeway is separated from motor vehicle traffic by a 4-foot wide concrete median which holds planter boxes to catch rainwater and beautify the corridor.

Coordinate early and often. The original project team, SFMTA and SFDPW, received community requests for green infrastructure during project’s outreach phase. The stormwater design team at SFPUC was brought into a project already in process, requiring all stakeholders to play catch-up and learn to coordinate while already in process.

Take advantage of existing conditions. A primary lesson that SFPUC learned during this project, a test case for future projects, is to collect quality survey and existing conditions data, especially of local infiltration capacity. By capturing the infiltration of native soils, designers are able to correctly size and model facilities, saving on design and construction costs while meeting stormwater goals.

Don’t sacrifice “green for green.” Many locations in San Francisco have to balance between a need for improved tree canopy as well as bioretention.

Demonstrate the value of investments. Projects with unexpected cost increases could make it more difficult to justify spending on improvements later on. Be sure to accurately measure costs and projected outcomes to pick projects and designs that offer the most value. 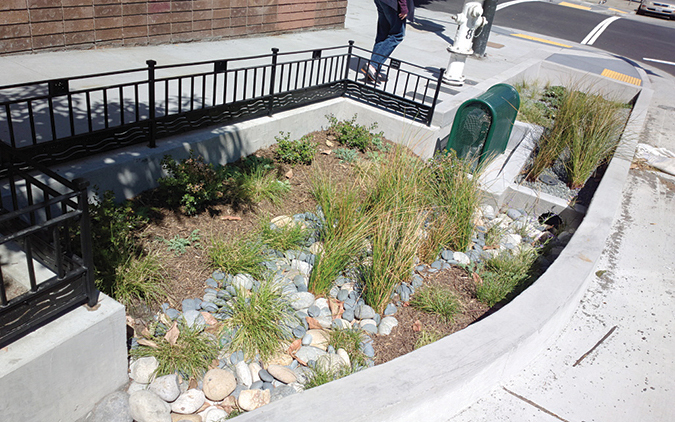 Preliminary measurements indicate that the project is managing 90% of the stormwater runoff from the street.

98% of riders surveyed felt that the safety of bicycling in the project area had increased.